Today’s “aha” moment–the 6th in the series–is by Christopher W. Skinner (PhD, Catholic University of America), Associate Professor of Religion at the University of Mount Olive in North Carolina. Skinner is the author or editor of 6 books, including John and Thomas: Gospels in Conflict?: Johannine Characterization and the Thomas Question

(Wipf and Stock), What Are They Saying About the Gospel of Thomas?

(T & T Clark). His current book project is Reading John and will be published in the Cascade Companions series. He blogs, along with Nijay Gupta, at Crux Sola.

I was raised in a tiny town in southeastern Virginia where I spent much of my childhood inside the small Southern Baptist church nestled at the corner of Chesapeake Avenue and Guerriere Street. From the earliest age I was taught to love and revere the Bible—that it was the repository of everything God wanted us to know and do in this world.

In addition to affirming its truthfulness and authoritative status, we used terms like “inerrant” and “infallible” to describe the Bible. We were fond of saying things like, “The Bible is a perfect description of our realities and the perfect prescription for our ailments.”

The Bible was always correct in whatever it affirmed, and if a situation arose in which the Bible appeared to be incorrect, this discrepancy could easily be answered by those who knew more than I did. Any apparent inconsistency could be explained, resolved, or harmonized if given the right amount of time and attention.

This perspective carried me through my time in undergraduate school, where I involved myself heavily in a campus para-church group, and even my early days in vocational ministry where I served as an overseas missionary with the same organization.

In those early days, there were few challenges—either internally or externally—to my received convictions about the Bible. But as I entered seminary and began to immerse myself in the study of ancient languages, the history of interpretation, and other complex areas of inquiry, a nascent sense of cognitive dissonance began to emerge.

I had been led to believe that there was something like a one-to-one correspondence between what I read in the Bible and what I saw in the world, but my own experience seemed to contradict this.

In fact, when first learning about how to “do” theology, we were introduced to the Wesleyan Quadrilateral—the idea that we must keep Scripture, reason, tradition, and experience in dialogue while constructing our theologies.

We were cautioned that, above all, the Bible MUST play the most important role of the four.

My problem was that my personal experiences and my own (admittedly feeble) attempts at reason very often disagreed with what the Bible seemed to be saying.

During my second year in seminary, I began a love affair with the Gospels from which I have yet to recover. I began to read them all the time in English, and as my skills improved, in Greek. I read every commentary I could get my hands on and trolled the campus and local bookstores for other books that could help me better understand these four texts.

At this time, I began to experience an even greater sense of cognitive dissonance. In these Gospels I was seeing four very different, yet very compelling portraits of Jesus.

At times the differences were so great that I felt they might never be harmonized. However, I remained resolute in my conviction that any discrepancy I might find was either the result of my ignorance, my inattention to the text, or my own personal sinfulness.

In short, I found myself constantly doubting the veracity of the Bible I had been taught to trust implicitly, and there was no little guilt associated with these doubts.

If only I could have had more faith….a faith that would have allowed me to believe through my doubts.

One of the most poignant epiphanies came during my third year of seminary in an upper-level class called, “Exegesis of Gospel Narrative.” The course was team-taught by two members of our New Testament faculty—one a Synoptic specialist (i.e., Matthew, Mark, and Luke) and the other a scholar of John’s Gospel.

The class was illuminating in so many ways. We were introduced to Jewish backgrounds to the Gospels, philological concerns, and important insights from 19th century German scholarship.

However, there was still a baseline assumption that for all of their “perceived” differences, these four Gospels could (and should) be harmonized. On the side, I had also begun reading the work of Alan Culpepper

and the early NT narrative critics, an exercise that was contrasting sharply with my experience in class.

It was in this class that I ran into my first truly insurmountable problem. Since I had always been taught about the Bible’s coherence and internal consistency, I thought, “Surely the New Testament gives us reliable information about Jesus’ origins?”

This meant that despite my misgivings, there had to be a way to reconcile the conflicting genealogies in Matthew 1 and Luke 3.

From Abraham to Jesus, Matthew lists only 41 names while Luke lists 57. At the time I thought Matthew’s omission of names must be some kind of rhetorical device. However, more problematic for me was the realization that of the 41 names Matthew and Luke should have had in common, they agree on only 17.

How could this be? Surely this level of disagreement was something more than a rhetorical device?

Whenever I raised this question, one solution that evangelical friends and commentators alike continued to affirm was that one genealogy recounts the line of Mary while the other recounts the line of Joseph. However, this solution was immediately unacceptable to me since both texts clearly indicate that the lineage is being traced through Joseph (if you doubt this, please see Matt 1:16 and Luke 3:23).

I also spent considerable time researching the history of scholarship on this issue only to realize that it was not just a problem for my 21st century historiographical sensibilities. As early as Julius Africanus in 225 CE, this contradiction had been a serious problem for commentators on the Gospels.

I wasn’t the only one who saw this problem for what it was—a REAL problem—and I cannot tell you the relief that realization was. I had been wracked with guilt and confusion this whole time.

Finally, I decided to approach the Synoptic specialist in the class—an individual I greatly respect, who is both a brilliant scholar and a man of tremendous Christian conviction. When I told him my concern, he replied that the best solution was to regard one genealogy as Mary’s and the other as Joseph’s.

I objected to this facile solution by pointing to the details of actual text. His response was simple: “We need to trust the Bible even when we don’t understand, even when it seems to be contradicting itself.” Not only did this seem to me like an easy answer, it smacked of the same sort of intellectual dishonesty I had been taught to avoid at all costs.

This was a travesty. I had been taught to ferret out every exegetical nugget, to mine every nook and cranny for insights into the text. I had spent hours and hours learning Greek, textual criticism, and numerous other exegetical skills, only to be told to abandon them when I ran into a problem that contradicted my overarching approach to the Bible.

This was the beginning of the end of my rigid reading of the Bible.

The “aha” moments began to come with increasing frequency and intensity over the next few years. I am genuinely thankful for that moment because it allowed me to begin the process of reading the Bible without my hands tied behind my back.

The assumption (and protection) of a unified, harmonious, problem-free reading of the Bible is endemic to the life of most evangelical Bible readers. However, the Bible we have—as opposed to one we want or are often led to believe we have—does not fall into line with that assumption.

When we ignore or explain away these problems, we do ourselves, our churches, and future generations of Bible readers a serious injustice.

I have come to think that defending the Bible as inerrant is more about maintaining an identity than it is about searching for truth. I like to tell my students that one of my goals is to help them “eschew the culture of easy-answerism.” One of the best ways to do this is to study Scripture together without flinching and let them know that they have nothing to fear. 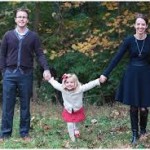 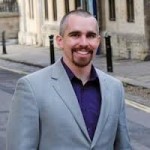