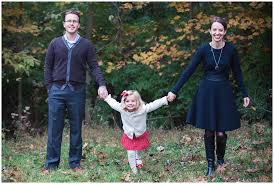 Today’s “aha” moment is the 5th in our series and brought to you by Charles Halton (PhD Hebrew Union College-Jewish Institute of Religion), assistant professor of theology at Houston Baptist University.

Halton is the managing editor of  Marginalia and just completed editing Genesis: History, Fiction, or Neither?: Three Views on the Bible’s Earliest Chapters

(Zondervan, February, 2015). He is working on several other projects, one of which is with co-author Saana Svärd The First Female Authors: An Anthology of Women’s Writing from Mesopotamia (Cambridge, forthcoming). His essays have appeared in the Journal of Biblical Literature, Scandinavian Journal of the Old Testament, Cuneiform Digital Library Notes, Ancient Near Eastern Studies, Bulletin for Biblical Research, and Books & Culture. He lives with his wife and daughter in Louisville, Kentucky. Charles tweets from the incredibly creative handle @charleshalton and virtually resides at www.charleshalton.com.

Halton’s “aha” moment will be familiar to many who have studied Genesis–and for that very reason is worth raising…again and again.

When I was in seminary I was told that if I wanted to learn of the origins of the universe and how humans came to be, then I needed to consult the Bible, and most specifically, the book of Genesis. On questions of science and history, they said, the Bible is entirely accurate. Furthermore, they continued, at no point should scientific discoveries change the way we understand the Bible’s clear, unified story concerning the origins of the world.

In this last point, my professors were merely recapitulating the view expressed in the Chicago Statement on Biblical Inerrancy, a document that professors at many conservative Evangelical schools must agree with. Article twelve of the statement includes this assertion: “We further deny that scientific hypotheses about earth history may properly be used to overturn the teaching of Scripture on creation and the flood.”

As a young and eager seminary student this made sense to me, particularly when I considered the syllogistic reasoning that often went with it: God spoke the Bible, God always is true, therefore, the Bible is true in all it says including its teaching on the origin of the world. Fair enough, that made sense.

Until I read the Bible.

What I found out, when I paid attention to the details, is that there is no one, singular teaching on creation in Scripture. There are several creation narratives and they conflict with one another. And they conflict on the most superficial level—the order of creation.

For me—like so many others have done—all I needed to do was read the first two chapters of the Bible, the creation accounts in  Genesis 1 and 2.

Genesis 1 presents the world as created in six days. If we take the sequence literally, things are created in this order: light, sky, earth, plants, stars and sun and moon, aquatic animals, birds, land animals, and, finally humans in large number. In other words, humans—and many of them—are created last.

But when we come to Genesis 2, the one human (Adam) is created first, even before plants had grown (Gen 2:5). After the human is made, God sows a garden and plants begin to sprout. After this, God begins the process of identifying a suitable companion for the human.

In most cases, the translators have good motives for this and they believe they are doing their readers a favor—making the text more clear and steering them away from error. In many cases this is entirely appropriate and is beneficial.

Genesis 2:19 reads, “So out of the ground the Lord God formed every animal of the field and every bird of the sky….” This conflicts with Genesis 1 where the animals were already created (days 5 and 6) before the humans were.

Two of the most popular translations within the Evangelical world—the ESV and NIV—obscure the natural flow of the passage. The Hebrew verb is a “narrative preterite,” which indicates sequential action (e.g., “and then this happened”). But these translations say “had formed”—i.e., “had previously formed” back in Genesis 1.

In other words, “had formed” is a translation aimed at harmonizing the creation accounts of Genesis 1 and 2, thus reconciling the contradiction between them. In doing so, these translations opt for a rather forced reading of the Hebrew. (For what it’s worth, ancient Greek versions render this verb with the construction kai + an aorist verb, which shows that they interpreted the verb as a narrative preterite and not as a pluperfect. The KJV also translates it as “formed.”)

Once I saw these conflicting accounts of creation I was fearful. The entire artifice I had learned, which asserted that the Bible alone has the true story of the scientific origins of the world collapsed. If the biblical authors couldn’t agree on the sequence of creation, how could I trust the rest of what they said?

But then, through the help of some very patient friends, I began to understand that God communicates to us in the forms that make up our contextual environment, such as language and culture. It could be no other way.

And this applies to the biblical authors as well. They were people who lived in a pre-scientific age for which discussion of big bangs, the speed of light, and genetic codes would have made no sense. They explored the nature of the universe with the tools that were available to them—the literary forms and tropes of their day, their observations of nature, and their religious understandings.

The authors of Scripture were not concerned, as many are today, about conflicting orders of creation—they put them side by side for goodness sake! This reveals, at least to me, that Scripture begins not with a scientific treatise but with two theological stories. And as we turn to Scripture’s pages we should separate the theological messages of its authors from the accouterments of their cultural context. The fact that the author of Genesis 1 had no knowledge of the human genome nor astrophysics does not diminish the worth of their theological vision. At the same time, we are not required to believe that the earth was created in six days when every single facet of the scientific study of nature tells us otherwise.

I think it is exciting that, in Christian confession, God speaks to us through the writings of people long dead. Instead of trying to change the word of God to accommodate our expectations, the voices of Scripture call us to think beyond our own cultural contexts and contemplate what it has meant and what it now means to follow after God in the myriad of contexts in which the people of God live. This challenges us even on the level of the expectations we bring to our study of the Bible. Should we really prize philosophical consistency and weed out contradiction if the biblical authors saw no need to?

It is also exciting that we as humans have the freedom and capability to study the Scriptures and in them learn of our life with God and also to explore the world that God has made and try to figure out how it came to be. But with this freedom comes great responsibility. Interpreting the Bible well is difficult and we will constantly disagree with one another as we do it.

July 6, 2014
a brief word on my current series "aha moments from biblical scholars"
Next Post