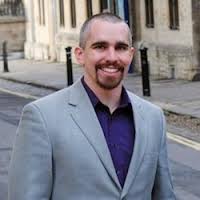 Hays thinks a lot about how early Christians believed that money ought to be used, a subject he calls “Christian wealth ethics.” He is the author of Luke’s Wealth Ethics: A Study in Their Coherence and Character

(Mohr Siebeck, 2010), and his current research moves beyond the New Testament to investigate the teachings and practices of early Christians in the era before the rise of Constantine. He is also the co-editor (with Christopher B. Ansberry) of Evangelical Faith and the Challenge of Historical Criticism

That’s how, in 2003, I found myself naively happy to be cataloguing “textual variants” for 2 Peter, helping my boss and mentor, Gene Green, on his then-forthcoming commentary for Baker

. (Not all ancient copies of biblical manuscripts are identical, so scholars have to decide which “variants” are likely to be older, and therefore more likely original.)

Now most textual variants are tremendously insignificant, which is why, when I found a slightly-less-insignificant one in 2 Peter 2:15, I felt a rush of nerd adrenaline.

“Beor” is a person’s name; it was the name of Balaam’s dad (his patronymic). Bosor is the name of a city (a.k.a. Bosorra). The problem is: the older, better manuscripts called him “Balaam of Bosor,” but Balaam wasn’t from anywhere near Bosor, which is in the land of Gilead. According to Numbers 22:5, Balaam was from “Pethor, which is on the Euphrates, in the land of Amaw.”

So I asked myself, why did the author of 2 Peter call him “Balaam of Bosor”? I poked around, and then an answer

If you are a normal person, reading text criticism is about as much fun as un-sedated dental surgery, but I’m asking you nicely to hang with the next couple of paragraphs to see how I came to understand that the author of 2 Peter was himself confused about a historical detail.

The basic problem is that there was another guy in the Old Testament whose name sounded a lot like Balaam’s. Instead of being “Balaam son of Beor,” his name was “Bela son of Beor.”

The name Beor actually occurs in a genealogy (a king-list) that is copied three times in the Old Testament (Gen 36.33; 1 Cor 1.44; Job 42:17c [LXX only]). That genealogy mentions a king whose name was “Bela son of Beor,” who in turn was succeeded by a guy from the city of Bosorra (Bosor). And in one version of the genealogy (the LXX of Job 42), the king “Bela son of Beor” is actually called “Balak son of Beor”.

Now the King Balak son of Beor in this genealogy is a different King Balak (of Moab) than the one that hired Balaam son of Beor in Numbers. But you can see how people might get confused: same patronymic, similar sounding first names. You’re probably confused already! And so were some ancient Jews.

In fact, when you read the genealogy in ancient Aramaic translations of the Old Testament (the “targums”), which were already popular at the time of Jesus, you can see that they sometimes actually changed the name of King Bela/Balak son of Beor to Balaam son of Beor.

Since there was already a history of confusion over the Balaams and Balaks and Beors in the Numbers story and the genealogy, it seemed really understandable that the author of 2 Peter would be caught up in the flow and reproduce the same mistake.

Yeah, yeah; I know it’s dull stuff. But I was fascinated, and so Prof. Green (who really was and is a brilliant mentor to me) fanned the flame, and helped me produce my first scholarly publication (an insignificant note in Filologia Neotestamentaria; if you are an insomniac, you can look it up here).

It was at that point that my friends started to rain on my parade.

One of my buddies asked, “So, don’t you believe in inerrancy anymore?” I was taken aback. I was pretty sure I still believed in inerrancy. But he explained, no, no I didn’t; after all, I had just said that Peter (no scare-quotes at this point in my life) made a mistake.

Then came my “Aha” moment: I realized that I thought Peter had made an historical mistake, and I realized that it didn’t make me trust the message of Scripture less. The agenda of 2 Peter (to say that false prophets in his day were doing bad things, like Balaam did) is not remotely altered by the author’s snafu about Balaam’s surname.

In this case (though not in every case) the veracity of the theological message is in no way dependent upon the historical detail of the Old Testament illustration used to underscore the point. So I saw no reason to doubt 2 Peter’s criticism of the false teachers because of this tiny lacuna in his historical knowledge.

But for a lot of my friends, that wouldn’t be the case. In popular evangelical discourse (such as the Chicago Statement on Biblical Inerrancy), the historical and scientific inerrancy of Scripture is adduced as the reason one can trust Scripture’s message about God’s redemption in Christ.

So, if there are historical or scientific errors in the Bible, then the theological veracity of the Bible’s message is also jeopardized.

The conservatives have a point here; we can’t just pretend that historicity is entirely irrelevant to the Bible. The live debate among conservative and liberal Christian scholars has to do with how much historicity the Bible itself claims to possess and how much Christians are obliged to affirm.

I’m inclined to say that lots of texts that evangelicals consider historical probably shouldn’t be read that way (e.g. Gen. 1-11). Nonetheless, lots of biblical texts are still very concerned with substantial historicity the key events. Moreover, the historicity of the events in the Bible does matter for lots of our Christian doctrines. So I don’t think we can make a binary distinction, claiming that the Bible is a purely theological but non-historical book.

We’ve got to be more refined than that, examining the texts of the Bible and the doctrines of the Church on a case-by-case basis to figure out where the points of friction are. (I recently edited a book exploring just this subject, Evangelical Faith and the Challenge of Historical Criticism. Pete was kind enough to post an interview about it here, if you’re curious.)

From a pragmatic point of view, there’s a downside to this nuanced construal of Scripture’s historicity. A definition of Scriptural truth that safeguards all its historical and scientific contents does build a nice fence around our other doctrines. (Muslims have a similar construal of the Qur’an, and it certainly can be useful.)

But the point of my “aha” moment is that the phenomena of Scripture itself don’t seem to support that depiction of Scripture. Scripture cannot bear the weight of the historical demands that many evangelicals place on it.

That sort of realization sometimes causes people to conclude (or fear) that all our other doctrines must be rubbish. But that’s sloppy logic; just because you can’t guarantee the historicity of every genealogical detail doesn’t mean that Jesus’ body is moldering in a tomb somewhere. There’s a ton of middle ground between those extremes, and evangelical biblical scholars (as well as non-evangelical Christian biblical scholars) can and should be (and are!) involved in mapping out that middle ground.

Are there doctrines “at stake” depending on the conclusions that people draw? Sure. But I don’t think our faith is actually well served by distorting the Bible, especially insofar as I think that the Bible is revelatory and true just as it is. As a good friend of mine, David Lincicum, puts it, the job of the Christian biblical scholar is to seek the perfection Scripture has, rather than the perfection we would demand of it. 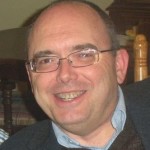