Dear Christian: If the Thought of Either Romney or Obama Getting Elected Makes You Fearful, Angry, or Depressed, You Have What we Call a Theological Problem

Before we get going here, let’s be clear on what

This is not a cynical, “I’m above it all,” anti-political rant.

I am not telling you both candidates are the same.

I am not telling you not to vote.

I am not telling you to stop arguing about politics and coming to strong convictions. Have at it.

I am saying that if you get so worked up about it that you become really angry, or you actually “fear for our country,” or are thinking of moving to Greenland or freezing yourself if “that guy” gets elected, you may need to step back and think about what’s happening inside of you.

You can and should be genuinely concerned about health care, our economy, and many other issues–there are issues of justice and compassion.

But, listen for the rhetoric in others and in yourself.

If you fear for your way of life, that if the wrong person gets elected all is lost and you simply

don’t have any hope for your future or the future of your children, you have accepted what we like to call in the industry a “rival eschatology.”

I’ve just lost half of you, but hang with me.

All political regimes are utopian. Communist, socialist, fascist, monarchic, and democratic. All of them. They all make promises to be the ones who will deliver the goods. They all promise that, without them, you are lost. They all claim to have “arrived,” to represent the culmination of the human drama, to be the true light, a city on a hill, that which brings you and all humanity true peace and security.

That is what “eschatology” means. It doesn’t mean “end of the world” in some video game apocalyptic scenario.

Eschatology means: “We have brought you to where things are as they should be. You are at the place where you can now–finally–have reason to hope. Trust in us. Fear not.” Eschatology means the pinacle of true humanity, where wrongs are righted, all is at peace, and the human drame comes to its fullest expression.

They all say that.

When we fear, or rage, or are depressed about politics, it means we have invested something of our deep selves into an “eschatology”–into a promise that all will be well, provided you come with us.

Christians can’t go there, because Christianity is an eschatology.

And I’m not talking about going to heaven or escaping the world we live in. Many Christians on both sides of the aisle work hard in the world of politics to bring about justice and with deep conviction (even if Christians disagree strongly on how that should be done). This is good and right.

But Christians should not adopt the rival eschatology that this or any political system or politician is of such fundamental importance that the thought of an election turning sour or the wrong laws being passed mean that all hope is lost.

There is a huge difference between saying, “That person would make a horrible president for the following reasons,” and “If he is elected, I just don’t know what I will do, where I will go–how we can carry on.”

The Christian never says the latter, because, regardless of where things play out politically, we

know that no political system can actually deliver the goods, try as they might.

This is what the first Christians were taught about the Roman Empire, which promised its citizens peace, grace, justice, protection from enemies–all of which was called “salvation” (that’s the word that was used at the time). The Gospel offered an “alternate eschatology,” where the goods were delivered, not though the power of the state but through suffering and enthronement of King Jesus.

Hence, the rhetoric of the book of Revelation, the paradox of the slain lamb of God (Jesus) exalted above every earthly power. Hence, St. Paul’s claim that our “citizenship is in heaven”–not “up there somewhere” but the kingdom of God come to earth in the crucified and risen messiah, which is never caught up in political systems, but stands ready to work with them or deeply critique them depending on what is happening at the moment.

This entire line of thought goes back to the Old Testament prophets. They preached, harassed, and annoyed Israel’s leaders not to fear the nations around them, nor to trust that the any of them will make things right and give Israel lasting peace. They were much more critical of  Israel’s own leaders when they set up a “rival eschatology,” by promising to deliver the goods through military strength or savvy political alliances rather than following God’s path. The prophets said, “hope is elsewhere.”

If you are watching political ads, speeches, debates, and you find yourself growing fearful, angry, or depressed (the latter two are often rooted in deep fear), remember that your true trust is elsewhere.

September 10, 2012
Reading Genesis: Let's be Adult about this, Shall We.
Next Post 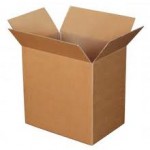 September 17, 2012 Thinking Beyond the Box on Adam, the Bible, and Being Tired of the Same Answers: A Podcast Interview
Recent Comments
0 | Leave a Comment
Browse Our Archives
Related posts from Peter Enns