Inerrancy: I think someone forgot to tell the Bible

The Bible is the book of God for the people of God. It reveals and conceals; is clear, yet complex; open to all, but impossible to master.

It is, from beginning to end, a product of the cultures that produced it, and still able to comfort and convict across cultures and across time. It is also a book that tells a grand narrative by means of divergent points of view and different theologies. It tells of God’s acts, but also reports some events that either may not have happened, or that have been shaped and transformed by centuries of tradition.

It presents us with portraits of God and of his people that at times comforts and confirms our faith, and at others times challenges and stretches our faith to its breaking point.

This is the Bible we have, the Bible God gave us. “Inerrancy,” regardless of how the term is defined, does not capture the Bible’s character complex dynamics. Inerrancy sells the Bible—and God—short.

Speaking as a biblical scholar, inerrancy is a high-maintenance doctrine. It takes much energy to “hold on to” and produces much cognitive dissonance. I am hardly alone. Over the last twenty years or so, I have crossed paths with more than a few biblical scholars with evangelical roots, even teaching in inerrantist schools, who nervously tread delicate paths re-defining, nuancing, and adjusting their definition of inerrancy to accommodate the complicating factors that greet us at every turn in the historical study of Scripture.

For many other evangelicals (scholars of other disciplines, pastors, and laypeople), inerrancy is likewise no longer a paradigm of explanatory power, but a fragile theory in need of constant care and tending to survive.

Rather than doing justice to the historical complexity, diversity, and depth of the Bible, inerrancy seems burdened by them. Even when defined with flexibility and nuance, inerrancy is in awkward conversation, if not all out tension, with some genuine and widely (if not universally) accepted advances in our knowledge of antiquity (e.g., Israelite history, human history, various branches of science) easily accessible to all, and shared by non-inerrantist Christian scholars working across the theological, ecclesiastical, and academic spectrums.

The problem faced by evangelicals who are critical of inerrancy is that inerrancy has been a central component of evangelicalism for its entire history, a response to the challenges of biblical higher criticism of the eighteenth and nineteenth centuries. Inerrancy is encoded into the evangelical DNA, and conversations, however discreet, about its continued usefulness are rarely valued; more typically, considerable personal and professional fallout follows in due course.

Yet, evangelicalism’s commitment to inerrancy has never been without its internal critics, and in recent years has again come under increasing scrutiny. I say “again,” and many sigh heavily at the thought of having to retrace familiar (and supposedly unassailable) arguments for why logically God can do no other than give his church an inerrant Bible.

But this cycle of evangelical discontent cannot be discounted as a form of incompetence, arrogance, or desertion on the part of those willing to question the evangelical status quo; in my opinion accusations of this sort are simply political rhetorical strategies (not necessarily conscious) that function to neutralize scrutiny.

Recurring dissent from within is a clear indication that inerrancy’s problems will not go away and that it may be high time that a deliberate move be made to bring those discussions openly into the evangelical mainstream, and so to promote an evangelical culture where such critical self-assessment is promoted rather than marginalized or ostracized.

Such a process should never be confused for “attacking the Bible,” and a failure to keep that distinction in mind is part of the reason why such discord abounds.

volume on inerrancy to be published by Zondervan. The Counterpoints series picks topics of interest to evangelicals and asks scholars and leaders from different perspectives to argue their case and then to field responses from the other contributors.

We were asked to comment on three specific issues: the archaeological evidence surrounding the fall of Jericho, the discrepancy in Acts concerning Paul’s call, and the extermination of the Canaanites. You can probably guess where on the inerrancy spectrum my essay falls. The other contributors are Al Mohler

. If you wondering whether we’re going to have some disagreements, I’d say there’s a strong chance.] 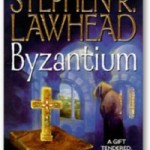