What You Say Seems Strange to Us, So You Are Wrong and You Must Die

I grabbed today’s post, with full permission, from the blog of Craig Vick, a pastor, who is a great guy, and I base that judgment on the fact that he and I agree on some things.

Which brings me to today’s post. You’ll figure it out immediately, but for those few of you who, like me, need things spelled out: the story contains a lesson that can be applied to other contexts, say….oh just thinking off the top of my head…the ever-so-rare topic of theological disagreements in

So, with that, I bring to you the matter of Hippasus of Metapontum and irrational numbers.

Hippasus of Metapontum is believed to be the first mathematician to prove the existence of irrational numbers. Last year, much to the delight and amazement of the archeologists involved, clay tablets were discovered which contained an account of Hippasus’s trial. Using my best seminary Greek skills, I offer the following translation:

The small group of mathematical priests rowed out into the calm sea. When their boat came to rest Pythagoras asked Hippasus if he would present the proof. Hippasus was only too happy to oblige. With great zeal he walked his brothers through the reasoning that showed that the square root of two could not be represented as a ratio of two numbers. With every step of the proof his enthusiasm grew. When he finished he was out of breath. Looking around at his brothers he expected to see in their faces a joy of discovery. He’d seen this joy many times in the past.

He saw no joy, only blank stares and a couple of frowns. Pythagoras broke the silence. “Hippasus of Metapontum, how could you have done this disgraceful thing? For many years our order has taught the harmony of the cosmos. More than a few of our brothers have died for that truth. You yourself swore to uphold it. How can you now turn your face against everything we believe with this wretched proof?”

“I believe with all my heart in the harmony we proclaim,” Hippasus protested. “I have only shown that the square root of two cannot be represented as a ratio. The harmony of the cosmos is more complex than we ever dreamed.”

“All numbers can be represented as ratios,” a brother proclaimed. “The unity of all numbers is in the one.”

“You must renounce this so called proof. You’ve sworn to uphold the deep teachings of the brotherhood.”

Hippasus protested. “Our brotherhood upholds the right of conscience. How can I, in good conscience, renounce a proof? Am I to feign rejection of what I see to be true?”

The brothers took a vote. Hippasus was condemned to die. He was thrown off the boat. The brothers watched as he thrashed about the water, gasped for air and sunk beneath the gentle waves.

“We’ve done a great thing here today,” one of the brothers announced. “This proof is dead, and will never be heard from again. The world will always know that all numbers can be represented as ratios.”

December 15, 2012
On God, Shooting Children, and Having No Answers
Next Post

Evangelical
Everything I Ever Needed to Know about Handling...
Peter Enns 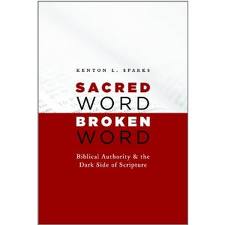