Half the Church: A Brief Interview with Carolyn Custis James

Half the Church: A Brief Interview with Carolyn Custis James February 22, 2013 Peter Enns

Today’s post is a brief interview with Carolyn Custis James about her most recent book Half the Church: Recapturing God’s Global Vision for Women. For those 7 or 8 of you out there who don’t know who Carolyn is, her online bio will tell you that she is a busy writer and a popular speaker at women’s conferences, churches, colleges, and seminaries. Her ministry organization, WhitbyForum, promotes thoughtful biblical discussion to help men and woman serve God together. Carolyn is also founder and president of Synergy Women’s Network, which facilitates collaborative learning communities that support and empower women and men leading together for God’s Kingdom purposes. In her spare time, she writes books including The Gospel of Ruth: Loving God Enough to Break the Rules

and Lost Women of the Bible: The Women We Thought We Knew

I admire Carolyn because she says what needs to be said respectfully and with power. She is not shy about ruffling some feathers, if that’s what it takes. And it usually does.

What’s the back-story that led you to write Half the Church?

Half the Church opens with, “Sometimes when you’re searching for answers, you get more than you bargained for.”  When I started searching for answers to personal questions I was asking for myself—about God and about his calling on me as a woman—I had no idea I was wading into one of the most important (certainly one of the most controversial) issues facing the 21st century church. I didn’t imagine where that search would take me either.

I started asking questions when my life veered off course and I became the first women in my family who didn’t marry during or immediately after college.  Instead of following the traditional roadmap for women, I joined a sizable and largely forgotten demographic of women who live outside the parameters drawn for women by the church. Messages for women coming from the church say a lot about women as wives and mothers, but rarely acknowledge or champion other paths we follow.

I came to the realization that we weren’t asking big enough questions of Scripture or challenging our conclusions by the real experiences of real women and girls in a fallen world.

I wanted to know how big God’s vision is for women? Will it hold up under the 21st century pressures bearing down on women’s lives? Does it equip us to advance boldly into the future or does it summon us to retreat into the past? Can the Bible still speak with relevance into the diverse lives of every 21st century woman and girl or should we, as many women are doing, simply move on without it?

So by asking those questions, what have you found?

This is much bigger than questions about me. And the stakes are a whole lot higher than just my personal concerns. Living with a small vision of God’s calling on your life has serious consequences. God’s mission in the world suffers setbacks when women settle for letting others take care of things or believe they’re out of line if they step up and lead.

The Bible contains too many examples of God calling his daughters to violate cultural conditioning and religious expectations by stepping up and leading for us to think it’s okay to take a backseat to what God is doing in the world. When God created the woman, he wasn’t making more work for the man. He was providing real help for a staggering mission—advancing God’s kingdom on earth. We’ve lost sight of that.

I found a vision for women that is bigger than I ever imagined and raises the bar for all of us no matter who we are, where or when we live, our marital status or circumstances, or what we see when we look in the rearview mirror. These callings apply to every woman and every girl from first to final breath.

We are God’s image bearers—which isn’t simply descriptive. It is a mission that necessitates knowing and representing God and joining his mission in the world. We are ezer-warriors alongside our brothers in the battle against the Enemy that commenced in Eden. God created the woman after making the emphatic blanket statement that “It is not good for the man to be alone.” God is the Ezer of his people, so this is a major way women uniquely image God.  We belong to the Blessed Alliance of male and female image bearers mandated by God to be his vice-regents—ruling and looking after things in this world on his behalf.

This vision frames every woman’s story and calls her to strive to be more, never less. And despite apprehensions to the contrary, this is not a win for women and a loss for men. God doesn’t do that kind of math. When women step up to answer God’s call, the men in their orbit will benefit.

How did learning these things impact you?

It was a wake-up call for me.

I grieved my own complacency and wasted years. I knew I needed to change—to let go of old ways of thinking and to 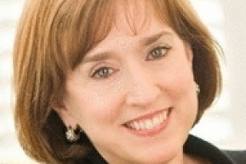 embrace responsibility for my part in God’s work even when it means moving out of my comfort zone.

What was the biggest aha moment in writing this book?

Actually there were several.  But this one reshaped the entire book, including the title.

In 2009 I was stunned to see the connection between my work and what Nicholas Kristof and Sheryl WuDunn call the “paramount moral challenge” of the twenty-first century.” Their book, Half the Sky: Turning Oppression into Opportunity for Women Worldwide, exposes how low values of women and girls result in sex-trafficking, honor killings, child marriages, female genital mutilation, gang rape, etc.  Their statement, “Americans of faith should try as hard to save the lives of African women as the lives of unborn fetuses,” hit me squarely between the eyes.  I knew first, that we have a message that completely undermines the devaluing of women and girls and second, that we have responsibility to do something about this crisis.

Half the Church needed to be more than a reassuring and empowering message for women. God’s vision for his daughters is a call to action for God’s justice that demands a response. As God’s image bearers, this crisis is our responsibility. I was deeply encouraged that Sheryl WuDunn endorsed my book. Now many are reading both books together.

What  surprised you most after publishing Half the Church?

Well, I wasn’t surprised that my book drew criticism. What did surprise me, however, was the fact that any thoughtful Christian could read a book that sounded the alarm about unspeakable suffering in the world and come away irked and obsessing over the fact that I didn’t address women’s ordination or male headship over women. Really? Women are being raped 24/7, little girls are being killed for being girls, and you’re miffed because your party line wasn’t endorsed? I still don’t get it—how American evangelicals can be so short-sighted and self-absorbed?

The best surprises are seeing how this message continues to change women’s lives and how God is using his daughters to change the lives of others. One of the biggest surprises was learning my book had inspired a woman to lead a group of women to climb Mount Kilimanjaro to raise awareness and funds to combat sex trafficking. Forty-eight Freedom Climbers (ages 18-73) tackled that climb. They raised $300,000, made two Guinness World Records for the most climbers attempting and the highest percentage summiting, and are gearing up to climb to the Mount Everest base camp this year. These are the kinds of stories that motivate me to continue to write.

Like I said, “Sometimes when you’re searching for answers, you get more than you bargained for.”

February 20, 2013
The Most Sobering Verse in the Bible (at least for me)
Next Post

February 24, 2013 5 Old Testament Reasons to Rethink "Original Sin"
Recent Comments
0 | Leave a Comment
Browse Our Archives
get the latest from
Evangelical
Sign up for our newsletter
POPULAR AT PATHEOS Evangelical
1

Steven Furtick is the Most Dangerous...
The Chorus In The Chaos
Related posts from Peter Enns

N.T Wright's Galatians-- Part Twenty-Two
Q. In your conclusion to Chapter 3, you show just how far...
view all Evangelical blogs
What Are Your Thoughts?leave a comment
Copyright 2008-2021, Patheos. All rights reserved.