Evolution is “theoretically possible” but “unbelievably unlikely”: thoughts on creation and evolution from John Piper

In a recent 6-minute podcast, “Can We Reconcile Creation and Evolution?”, John Piper shares his thoughts on the (in)compatibility of evolution and the Bible.

Theoretically, evolution is a possible Christian option, provided God is not absent (which is a view consistent with some form of “theistic evolution” popular among many evangelicals).

Though allowing for the option theoretically, theologically a Christian view of evolution requires a first man–an Adam. (This would seem to undercut–neutralize–the theoretical acceptance of evolution.)

Third, Piper says that exegetically evolution is very hard to accept, given the many clear passages about God creating animals “according to their kind” and humans.

I think it would have been much better had Piper simply said, “For theological and exegetical reasons, I reject evolution,” rather than offering evolution as a theoretical possibility only to remove that possibility moments later.

In my opinion, what I sense here is Piper’s public expression of cognitive dissonance. He is smart enough to know that evolution cannot simply be brushed aside, but he is struggling with how to align that with a literalistic reading of the Bible, which is a non-negotiable requirement of his theology.

I appreciate Piper’s dilemma, but evolution and biblical literalism cannot be reconciled. At some point I feel Piper will have to step over the line, one way or the other. He can’t have it both ways. In the meantime, podcasting inchoate thinking runs the risk of being taken by his listeners as a fully formed position. This does justice neither to the matter of evolution and Christianity, nor to the spiritual formation of those who follow his teachings.

Piper outlines four specific “stumbling blocks” for accepting evolution, the first three of which build off of his theological and exegetical misgivings. I fear those versed in the evolution/Christianity discussion will find them to be simplistic and biblicistic, and I won’t dwell on responding to them.

1. Death as a curse–both in Genesis and Romans–does not refer simply to human death but to all death. Hence, the Bible’s view of the origin of death and evolution are incompatible.

2. Genesis affirms that God made animals according to their own kind.

3. Genesis affirms that Adam was created out of the dust of the ground and animated by God’s breath.

If these are the types of blocks that cause Piper to stumble, then (1) Piper needs to move to a deeper level of engagement, and (2) there is no real “theoretical” acceptance of theistic evolution: Piper’s theological and exegetical misgivings already dictate how God created, and that “how” rules out evolution in any meaningful sense of the word.

4. Intuitively, Piper cannot comprehend how evolution can account for the complexity of life.

This last point, which echoes Intelligent Design, leads Piper to conclude that evolution is “unbelievably unlikely.”

Again, I appreciate Piper’s dilemma, and I also recognize that in his position he needs to field questions from his followers, so he can’t just be utterly silent.

But, rather than supplying more confused thinking on the internet that only adds fuel to a culture war mentality, it would be more helpful if Piper were to say something like the following: “Evolution is a very tough issue for me. I feel I can’t just reject it, but to be honest, the idea creates a lot of theological tensions that I haven’t worked out yet. I need more time to put the pieces together before I offer public opinions.”

Rather than feeling he needs to provide an answer he is clearly not prepared to give, Piper could model that it’s O.K. to be uncomfortable and to take time working out a theological issue, rather than relieving the tension prematurely.

A constituency rooted in seeking truth with others, rather than culture war polarization, will be able to accept that type of response. They might even be a bit relieved to hear it. 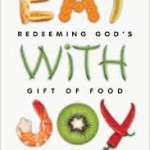 Can God Change the Past?
Roger E. Olson
Related posts from Peter Enns