Framing the Evangelical Discussion of Adam and Evolution

This past Saturday, I gave a paper at the northeast regional meeting of the Evangelical Theological Society, which met on the campus of Alliance Theological Seminary, Nyack, NY. I was asked to talk about my book The Evolution of Adam: What the Bible Does and Doesn’t Say about Human Origins

. It’s no surprise that how I answer this question (Adam is not a historical person) is not in step with how mainstream evangelicalism tends to handle it (Adam definitely is, in some sense, historical). Still, I had a wonderful time, and the discussion afterwards was honest and cordial.

I decided to approach this paper by simply laying out what I think and why I think it–sort of a “here’s where I’m coming from” vibe rather than laying out a position that others should come to. Below, for those interested, are the bullet points of the paper.

Two things were clear to me as the day progressed: (1) Evangelicalism has a number of big questions ahead of it for addressing evolution, and I am not sure the evangelical system is designed to move forward without a lot of soul searching and discomfort; (2) Already among their ranks is a critical mass of thoughtful, yet quiet, people who are eager to find ways to move beyond the current impasse.

Time will tell how this will pan out.

April 7, 2013
The Survivors Write the History: a brief book note on a new book on the Old Testament
Next Post 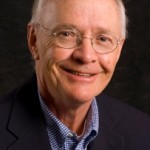 April 9, 2013 The Future of Evangelicalism
Recent Comments
0 | Leave a Comment
Browse Our Archives
get the latest from
Evangelical
Sign up for our newsletter
POPULAR AT PATHEOS Evangelical
1