Does Evolution Cancel Out the Fall of Adam? Depends on Whose Adam You Have in Mind

The title is a mouthful, but his basic point is whether Adam in any sense is compatible with evolution. His answer is yes, provided it is not the Adam the western church has inherited from the 5th century Augustine but the Adam of 2nd century Irenaeus. In other words, first humans as “comparable to innocent, but morally undeveloped children” (Irenaeus) rather than “endowed with superhuman gifts, and yet as so fragile as to fall” (Augustine) makes more sense not only within an evolutionary framework, but for other reasons as well (from the abstract).

Some of you will remember Schneider as one of two faculty members from Calvin College (the other being biblical scholar Dan Harlow), who in 2010 received national attention for the controversy that followed their comments on the literary rather than literal nature of Adam and Eve. For Schneider, one specific point that led to his choosing to retire was that the notion of a paradise lost, and therefore the fall of humanity, needs to be rethought in western Christian thought in light of evolution.

A common argument in favor of retaining an Augustinian Adam is that it lays the entire blame for sin squarely and solely on the shoulders of humanity rather than God, thus preserving God’s goodness, i.e., he is not the “author of evil.” That is why those who stand in the Augustinian Adam tradition “are urgently motivated to keep the character of Augustinian Adam on stage at all costs, even if the stage we approve is Darwinian” (p. 11). But, as Schneider argues, Augustine doesn’t get God off the hook, and Augustine’s Adam is an unconvincing reading of the garden story at any rate.

abandon Adam but to (re)understand Adam

in a manner that is more compelling exegetically, theological, philosophically, and scientifically. Schneider is very much a part of that conversation and has paid a professional price for doing so.

Feel free to leave comments here after reading his article and I will see if Schneider will be available to interact with them.

All comments are welcome–pro, con, or neutral–provided they are respectful and genuinely engage the post or a comment on the thread. Badgering comments will be deleted. Grandstanding and lecturing will be tolerated to a point, but if it gets out of hand, let me suggest you start your own website like I did. Also, rest assured I read every comment that is posted. I learn something new from many of them, as I’m sure others do, too. I wish I could respond more, and I will as time allows.

May 11, 2013
Episcopalians on Science and Faith: gettin' it done (evangelicals could learn something)
Next Post 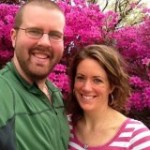 May 14, 2013 Helping Friends in Need: A Fundraiser for the Bohannons
Recent Comments
77 Comments | Leave a Comment
Browse Our Archives
Related posts from Peter Enns

Evangelical
something this Protestant learned from a Jew about...
Peter Enns

Evangelical
Augustine and his figurative--and therefore not at all...
Peter Enns

Evangelical
finally: why evolution absolutely without question HAS to...
Peter Enns
TRENDING AT PATHEOS Evangelical