Episcopalians on Science and Faith: gettin’ it done (evangelicals could learn something)

May 11, 2013 by Peter Enns
34 Comments
Episcopalians on Science and Faith: gettin’ it done (evangelicals could learn something) May 11, 2013 Peter Enns

One resource developed by this body is a Catechism of Creation made up of three parts: Theology of Creation, Science and Faith, and Caring for Creation. The presence of Parts 1 and 3 suggests a full-orbed approach that I feel is typically not part of the evangelical dialogue, and there is much to discuss here. But I want to focus on Part 2.

This Catechism is a breath of fresh air compared to the handwringing and fear that dominates the evangelical discussion.

The Catechism asks and answers 25 questions, which, as I see it, can be grouped under the following categories:

1. Science and the Bible

3. Biological Evolution: evidence for, alleged incompatibility with the Bible, implications for theology

5. Evolution and the spiritual life (the final question)

The first two questions, in my view, exude commonsense, and set the stage for what follows (my emphasis):

Does the Bible teach science? Do we find scientific knowledge in the Bible?

Episcopalians believe that the Bible “contains all things necessary to salvation” (Book of Common Prayer, p. 868): it is the inspired and authoritative source of truth about God, Christ, and the Christian life. But physicist and priest John Polkinghorne, following sixteenth-century Anglican theologian Richard Hooker, reminds us Anglicans and Episcopalians that the Bible does not contain all necessary truths about everything else. The Bible, including Genesis, is not a divinely dictated scientific textbook. We discover scientific knowledge about God’s universe in nature not Scripture.

How are we to treat concepts in the Bible that appear to be scientific?

Theologians throughout the history of the Church have explained these concepts this way: God inspired the ancient writers to describe the world in concepts and language they and their audiences could understand, not in our concepts and language. The ancient world-picture: a “three-storied” creation of the heavens above, the earth beneath, and the waters under the earth (Ex. 20:4), though meaningful in its own time, was replaced by succeeding models and most recently by our modern portrait of a vast universe with billions of galaxies. The Bible’s theological declarations about God and creation remain true because they are not dependent upon the ancient world-picture in which they appear.

I understand that evangelicals similarly inclined in their view of science and faith might want to start a Catechism  like this in some other way–several paragraphs about inerrancy, perhaps, to establish their territory and deflect criticism–but these Episcopalians launch right into it. They begin at the point where evangelicals gingerly try to end up:

the Bible is not a science book,

we understand the physical world more accurately than ancient people, but

God’s truth does not depend on the accuracy of ancient cosmologies.

Until evangelicals find a way to get to these points–quickly–there will be no true conversation on science and faith. The evangelical discussion tends to be preoccupied with with trying to decide on these basic matter of fact rather than treating them as givens and then moving the conversation forward.

The entire three-part Catechism is no magic potion to solve all problem, but it is worth reading. 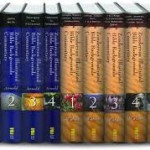 May 9, 2013
Learn about the Cultural Background to the Bible (with pictures and everything)
Next Post