A Possible Paradigm Shift in Evolutionary Biology? Thank the Microbes

Full disclosure: This post is from the “I wish I had paid better attention in high school science rather than play Rock’em Sock’em Robots with the lab frogs, which is why I work in the humanities” department, but a friend of mine in the sciences passed this on to me a couple of days ago, and even *I* saw how interesting and important this might be.

Apparently there is ferment in the life sciences as there is in Christian theology. A recent paper in the Proceedings of the National Academy of Sciences (PNAS) sums up what is going on from the biology side, and general gist of the study is that it draws a hugely more complicated picture of the interconnectedness of life.

The emerging wealth of data on bacteria-animal (and bacteria-plant) associations is profound in its implications. We are not just us, we are inextricably linked to other living things as well –way beyond the standard ecological argument. Our associations with bacteria, at least, means we are necessarily united with our symbionts.

Here are two teaser quotes from the paper:

Furthermore, recent studies link the gut microbiota to brain physiology and animal behavior. For instance, germ-free mice have defects in brain regions that control anxiety, and feeding probiotic bacteria to normal mice re- duces depression-like behaviors. The finding that TLRs, which transduce bacterial signals to host cells, are present on enteric neurons reveals one mechanism by which microbiota can communicate with the central nervous system through the brain–gut axis. Thus, maintaining homeostasis with the normal microbiota is essential to a healthy nervous system. (PE: I was informed that TLR refers to receptors on some of our cells that recognize structurally conserved molecules derived from microbes.)

……new data are demanding a reexamination of the very concepts of what constitutes a genome, a population, an environment, and an organism.

Here is a blog post, Whose Planet is it Anyway?, that rehearses the implications of the study.

For readers of this blog, here is one implication: Christians who have not yet come to grips with evolutionary biology may soon be hit by a revised, and theologically more challenging, new synthesis.

This new synthesis will not replace what we already know about evolution, but it will show there is much more to the complexity of life than we had known before. I can imagine this would inspire theological discussions on the nature of humanity that would be several giant steps beyond where things are today.

Oh how I wish I had paid attention in high school.

June 3, 2013
Evolution is Ordained and Sustained by God: Slideshow 7 by Denis Lamoureux
Next Post 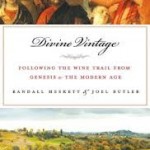