A friend of mine–currently writing his PhD dissertation while in a witness protection program for knowing me–recently passed on the following quotes from James Barr. Barr, who died in 2006, was a world-renown Old Testament scholar, known for such linguistic classics as The Semantics of Biblical Language

and Comparative Philology and the Text of the Old Testament

as well as theological and exegetical works (The Concept of Biblical Theology: An Old Testament Perspective

, The Garden of Eden and the Hope of Immortality

But Barr may be best known among evangelicals as an blunt, take-no-prisoners critic of evangelical biblical scholarship–both in terms of its content and politics (Escaping from Fundamentalism,

In the second edition (1981) of Fundamentalism

, Barr responds to various criticisms of the first edition that had appeared four years earlier. One of the main criticisms was that Barr was responding to a caricature of evangelical scholarship. He had failed to take note of evangelicalism’s movement beyond old fashioned fundamentalism; he wasn’t giving enough credit to the existence of more nuanced and sophisticated scholarly and semi-progressive evangelicals.

Though now over 30 years old, Barr’s comments below responding to these criticisms are still pointed–even prophetic. I am posting these comments because, from my perspective, they still carry a lot of weight in addressing the phenomenon of evangelical biblical scholarship. 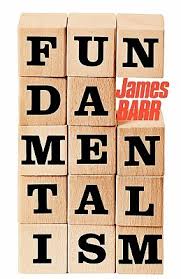 evangelicalism today is quite different, free from the stains of the older fundamentalism, is one of the most interesting responses that my book has evoked. Conservative propaganda has, it seems, convinced some that this improvement has taken place. Undoubtedly the total evangelical scene in recent years has come to display some excellent features of openness, freedom and variety. But the very success and numerical strength of evangelicalism has through the same process greatly intensified the obscurantists, backward-looking and extremist aspects in which the core of fundamentalism resides. The student fundamentalism of today may perhaps be more gracious and kindly in its manner than that of earlier generations; but, on the other side, it seems to have systematically lost or eradicated the major features that a generation ago softened the rationalism of pure conservative ideology, brought the movement closer to the currents of general theological thinking, made it much more biblical, and also made it really evangelical. On the institutional scene, the use of ecclesiastical power-politics to achieve a fundamentalist take-over of the great Concordia Seminary, with the use of inquisitional methods upon the former teachers and finally the enforcement of their exile and withdrawal into a separate institution, is a clear modern demonstration that the motives and methods of fundamentalism haven’t changed. The use of heresy hunts against scholars and theologians, which was a normal weapon of the older fundamentalism, is being tried again in some denominations and is more likely to succeed than fifty years ago. Intellectually, the improved quality of conservative scholarship has to be balanced by an appreciation of the enormous influence in the evangelical world of pseudo-intellectual gurus like Francis Schaeffer, of semi-educated evangelists and leaders of all kinds, and of rubbishy partisan literature. On the social side, the presence of interesting and open-minded evangelical groups with positive, promising and sometimes radical social ideas, which should be gladly acknowledged, does not alter the fact that at the same time we have a much more massive and effective social-right in American politics. Thus in all respects, as I see it, the notable elements of progress, to which conservative apologists gladly call attention, are balanced by even greater elements of regress, of which they generally say nothing (xiv-xv).

Such facts are in agreement with my general argument, namely that fundamentalism is not basically concerned with the Bible and what it says, but with the achievement of dominance for the evangelical tradition of religion and way of life (xiii).

What are your reactions to this? Do you concur with Barr, take issue with him, or something in between? A central component of his critique is that evangelical biblical scholarship and fundamentalism are more or less cut out of the same cloth.  Do you agree? And what definition of evangelicalism is he operating with? (Remember that he was Scottish, and the evangelical scene in Britain is of a different nature than it is on this side of the pond–namely it tends to be more progressive intellectually and less tied to conservative social issues.)

July 15, 2013
Evolution, Evangelicalism, Inerrancy, and Pin the Tail on the Donkey
Next Post 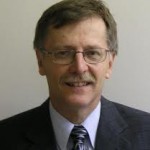