The harm of abstract theologizing: some thoughts by Frederica Mathewes-Green

I wanted to share this post I stumbled upon earlier this week by Frederica Mathewes-Green entitled, “Final, I hope, thoughts on abstract theologizing: the Lamp.”

These words speak to me, and I think there is much wisdom here. Here main intention is “to defend…the idea that theology must be approached prayerfully, and not as if it were an objective science.”

That’s more than radical than it may seem. It’s more than saying a prayer before launching into our theological musings or diatribes, more than morning devotions before exercising your mind. She is talking about an entire orientation–or perhaps reorientation–of the life of the mind.

Here are a couple of quotes that I think get at her point:

When theology is connected with adoration of God, love of God, expectation of his love, humble seeking of the Holy Spirit’s help (the Spirit “will guide you into all the truth,” John 16:13), it is like plugging a lamp into a socket. The circuit is made, and your mind—your receptive, perceptive mind, not the analytical one—is flooded with illumination.

But if no connection with God is sought, if it’s just you and your high IQ, you’re left with a lamp that 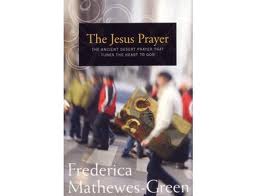 may well be complicated or aesthetically pleasing, but it isn’t doing what it’s supposed to do. And if you get too absorbed in studying the rivets that hold the lamp together, and arguing with other experts about the metal composition of the lamp, it can be actually detrimental to your mind. You can latch onto theological ideas that are, in fact, not accurate, and refuse to let them go. I think we’ve seen this a few times in church history.

The further point I tried to make, and maybe can’t express, is that focusing on philosophy/theology only in the abstract seems also to be detrimental to your heart. People don’t do theology in a vacuum but in a community with other theological thinkers, where there’s jealousy, vanity, hurt pride, all those things. And the climate can easily get ugly. Oddly enough, it can result in people investing great emotion into things that aren’t even logical—though they pride themselves on being practioners of the art of exacting, logical truth. I told the story of how seminarians cheered an elderly professor for “zinging” me, even though his remarks were not coherent or relevant to anything I’d written. People just don’t realize how much peer pressure, the desire for peer acclamation, influences them.

Mathewes-Green sees a shift from, let’s call it, a contemplative context for theology to a purely analytical/theoretical theology in the work of Thomas Aquinas in the 13th century. Some might demur categorizing Aquinas this way, though Mathewes-Green points out that, “…at the end of his life, Aquinas had a vision, and afterward abandoned his theological writing. He said that all that intellectual labor now seemed to him like straw. His words should be framed on the wall anytime anyone does theology.”

Frederica Mathewes-Green has published 9 books, including The Jesus Prayer: The Ancient Desert Prayer that Tunes the Heart to God

(Paraclete, 2009), Facing East: A Pilgrim’s Journey into the Mysteries of Orthodoxy

(HarperCollins, 1997) and The Illumined Heart: Capture the Vibrant Faith of the Ancient Christians

(Paraclete, 2001). Her essays have appeared the Washington Post, Christianity Today, Smithsonian, the Los Angeles Times, First Things, Books & Culture, Sojourners, Touchstone, and the Wall Street Journal. She has been a regular commentator for National Public Radio (NPR), on Morning Edition and All Things Considered,  and, among many other things, was a consultant for Veggie Tales.

July 30, 2013
Archaeology and the Exodus Story as a "Mnemo-Narrative" (and no cracks about "finding mnemo" please)
Next Post 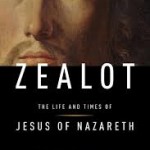 A List of Sins from the...
Christian Crier
Related posts from Peter Enns

Evangelical
On God, Shooting Children, and Still Having no...
Peter Enns 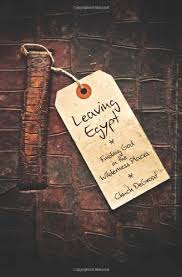 Evangelical
A Calvinist learns from Catholics how to be...
Peter Enns 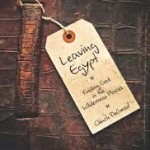