A Letter, Concerning The Evolution of Adam (hint, it’s a parody) 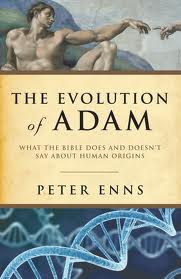 To Some Early Evangelical Reviewers of The Evolution of Adam:

These are the words of the author, who wrote the book, whose words are contained therein, and who endeavored to speak clearly on many complex matters in the space allotted after cost analysis by Baker Publishing House (of blessed name).

I know your deeds, that you are zealous to protect the faith that was once delivered to the saints, that you are concerned to maintain faithfulness to God, and are therefore cautious about entertaining too quickly ideas that are new to you or otherwise freak you out. In this, your motives are good and sincere.

But I have one thing against you: You have not yet left your first love, the theology with which you are familiar, that gives you comfort, which you have been taught to see as the mirror of the very thoughts of the eternal and inexhaustible God himself, and concerning which your knee jerks violently.

I see two, even three, obstacles you will need to face squarely.

1. Read deeply, for many months or even years, Mesopotamian, Canaanite, and Egyptian origins myths. Read, too, the works of those who have studied these myths and labored greatly to make plain their meaning in your mother tongue. Read especially those with whom you may not see eye to eye, and those whose blood does not boil at the subject.

Read and see what others before you have seen, that these stories, though unique and not without their entertaining, soap opera-ish qualities, have much to tell us about the literature of Genesis 1-3. Read and see that, although Genesis 1-3 clearly bears its own unique qualities, is does nevertheless and invariably breath the same air as these stories, and that such an observation will likewise invariably lead to theological overhaul.

2. Read deeply, and for many more months and years, the writings of those known to us as Second Temple Jewish Interpreters, and place the Holy Apostle to the Gentiles, Paul–formerly he of Jewish name, Saul, trained in and expert in all manner of Jewish customs and traditions of his day–along side of these writers, and see for yourself, and plainly so, that Paul, the first century Jew, does also breath the midrashic air of his time, first

century Judaism, when he reads his Scripture, even the Adam story.

Learn too that neither Paul nor the Spirit of the Good, Wise, Loving, and Incarnating God has a problem with this, and so neither should you.

3. Read deeply, for many months after, how the Church (over which Christ is the head) throughout history (over which the risen Lord is ruler) have read the Bible. Note the manner in which they speak to the mystery and inexhaustible depth of Scripture, and that they have zero interest–zip–in removing that mystery and depth.

Note, too, those periods in the history of the church when the ears of many were stopped up and hearts were hardened to really neat new ideas, and how much subsequent embarrassment ensued.

To him/her who has ears to ear, let him/her hear what the 2000+ year stream of human thought, where God has not been a disinterested bystander, has to say to the church today.

To him/her who overcomes, you will find relief from your cognitive dissonance even as you come to see more and more than your theology is good and precious as a signpost along the path, but disastrous and idolatrous as a lodging place, the doors of which are locked from the inside and windows boarded up.

Moreover, to him/her who is able to overcome the current, but passing, moment of angst, you may

come to see that the author is neither the first horseman of the apocalypse nor Babylon the Great, and that talking about Adam and evolution neither signals the end of the space-time universe nor God’s covenant faithfulness to you.

Neither will souls be plunged into outer darkness for speaking of such things, for the Creator God–whose mind is not our mind, whose ways are beyond tracing out, to whom we give no counsel–is not the petty and touchy Megatron we sometimes make him out to be, and is willing and eager to handle much more from those whom he loves than we give him credit for.

Finally, brothers and sisters, know that neither life nor death, unavoidable questions nor difficult answers, doubt nor certainty, theological stability nor shift, can separate us from the love of God which is in Christ Jesus.

August 11, 2013
Honesty in the Journey (or On the Raising of Young Heretics)
Next Post