I haven’t read the book, but I read a recent scholarly review of it on line. Exactly why and when the ancient writings of Israel came to be, let alone when they were compiled and edited into a one-volume collection we call the Bible, is not the easiest thing to nail down.

But one pillar of modern OT scholarship, which isn’t seriously challenged outside of inerrantist writers, is that the OT had a long pre-history before it reached the form that we know today.

That process began in at some point during the monarchic period but didn’t pick up serious steam until the exilic and post exilic periods, when Israel was in theo-political crisis and needed a book telling their story with God.

That process didn’t come to an end until sometime in the Greek period, which began with the conquests of

Alexander the Great (332 BCE) and ended with the Maccabean Revolt (160s BCE). Some books are later still, such as the final form of Daniel and the shaping of the Psalter.

Whatever the Bible’s pre-history may be, the Bible we have is a product of the exilic and postexilic periods.

That’s generally the broad outline of the historical-critical narrative of the origins of the OT, and, for what it’s worth, it’s pretty uncontroversial in contemporary OT studies.

What might be of most help and interest is the chart below complied by the reviewer, Trent Butler, and it’s largely the reason I wrote this post (for a larger view, click the link below).

As I said, details are part of the scholarly dialogue, and Butler notes Schmid’s Euro-centric bias, but the overall picture the chart gives is almost a crash course on the state of the field.

Stare at it. Note how Schmid looks at different genres of OT literature and where he sees them falling within certain historical periods. Don’t let the details overwhelm you. Find a familiar chunk of the OT–say Genesis– and see in what periods (plural) it arose.

Again, the overall idea isn’t controversial, but working out the details of the how and when of ancient texts isn’t a hard science. It’s more like model building and there’s always room for more thinking and refinement.

The bottom line: Israel’s written (and oral) traditions grew to become the “Hebrew Bible/Old Testament” after a lengthy process, punctuated by the crisis of the exile and an uncertain future after Judah’s return. Or, as I put it elsewhere, it is an exercise in national self-definition in response to the Babylonian exile.

I don’t see this as a hushed, back room, discussion among biblical scholars with coded language and secret handshakes. I think all this is important to take in, because knowing something about when and why the Old Testament came to be helps us understand its theology. This saga of Israel gets reframed, redefined, and transformed in the NT around Jesus. 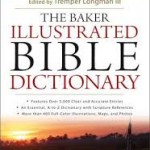