Would Jesus get hired to teach an Old Testament seminary course today?

Jesus certainly had an interesting way of handling his Bible in debates with the religious leaders of his day.

Jesus is in the temple and he is getting grilled by “the Jews”–John’s less than delicate way of referring to the religious elite who opposed Jesus, which obscures that Jesus was a Jew, too. Anyway, his opponents are challenging him to get stop being so coy and just tell them plainly whether he is the messiah. Of course, what they mean by “messiah”–a military holy man to liberate the Jews from Roman control–is being redefined by the Gospel writers around Jesus, but now I’m really getting off the point.

Jesus responds that, if they believed, they wouldn’t need to ask the question. Typical Jesus. He doesn’t take the bait and try to justify himself. He just tells them that they’ll never understand the answer unless they commit first. If Jesus were on the internet, he’d never be drawn into stupid theological debates.

Jesus concludes with a comment that I can’t imagine is designed to do anything other than stick it to the man and pick a fight right then and there: “The Father and I are one”–one of John’s expressions of Jesus’ unique intimacy with God

His audience took this as blasphemy, a claim by Jesus to be God, and so they got ready to do the proper thing, according to the Old Testament, and stone Jesus into oblivion.

Jesus defends himself by quoting the first few words of Psalm 82:6, and with that we finally get to the point of this post.

Verse 6 begins, “You are gods,” and Jesus clearly takes “you” to be the Israelites, those “to whom the word of God came” (vv. 34-35). So, Jesus reasons, if Israel can be called “gods” in Psalm 82, and “the scripture cannot be annulled” (v. 35), they shouldn’t have any problem with Jesus claiming to be one with God.

His audience didn’t buy the argument and tried arresting Jesus, but Jesus “escaped from their hands.”

What’s interesting here is that Jesus says “the scripture cannot be annulled” but he seems bend the particular scripture in question, Psalm 82, beyond it’s breaking point.

Seminarians and other Bible students are taught to respect the context of a passage to make sure you’re not reading something into the text that’s not there. If you look at Psalm 82, it becomes immediately clear that what Jesus says it means isn’t what the psalmist Asaph meant.

The entire psalm is set in the heavenly “divine council,” sort of a heavenly board of directors with Yahweh as CEO, COO, and any other title like that with a C in front of it. (A better known example of this divine council is the first two chapters of the book of Job.)

Apparently, there is a problem with the rulers of the earth, the kings of the nations (see v. 8). They rule

unjustly, show partiality to the wicked, ignore the poor and needy–their actions are so bad that “all the foundations of the earth are shaken.” The members of the divine council–the lesser gods (maybe angelic beings) of Yahweh’s court–are to take this message to the rulers.

I say “You are gods,

sons of the Most High, all of you;

The “you” refers to these rulers of the nations, who are “sons” of God, but God will hold them accountable for their actions and so die as mere princes.

Ancient kings were thought to have a pipeline to the gods that others didn’t. “Son of god x…” was a way of describing that. Israel had the same ideology, as Psalm 2 makes clear enough: at the king’s coronation, he is “begotten” of God and “becomes” God’s “son.”

Anyway, in Psalm 82, “you are gods” is not a prooftext that Israel was “divine” but a nod to ancient royal ideology, and what Israel’s God, the high God, is going to do to put these kings in their place.

With that, if you go back to John 10:34-36, you can’t help but see some disconnect between what the psalm means and what Jesus takes it to mean. How is Jesus’ use of Psalm 82 “not annulling” scripture?

If the opposite of “annul” is “uphold,” is Jesus “upholding” scripture here?

It may help to know that anchoring one’s views by means of a creative handling of scripture was part and parcel of Jewish interpretation for generations before Jesus came on the scene. One of those creative techniques was to deliberately isolate a few words or a verse from its surrounding context and work it to make a point.

Jesus seems to be quite at home with this type of creative use of the Bible, not just here but elsewhere in his debates with the religious leaders.

But in formal biblical education in the modern world–especially inerrantist/evangelical/fundamentalist eduction–this type of move is called “eisegesis,” reading meaning into the Bible rather than getting meaning from the Bible (exegesis).

So here’s my point for today. When I see this sort of handling of the Bible within the Bible, it makes me ask whether what we are taught about how to read the Bible properly is actually biblical–or more a modern glitch.

If  how we are taught to handle the Bible “properly” can’t account for the Bible’s own inner interpretive dynamic, and if we claim to “follow the Bible,” we probably need to think about whether we actually are.

If one’s “doctrine of Scripture” sits awkwardly with how Scripture actually behaves, one needs to rethink one’s doctrine. 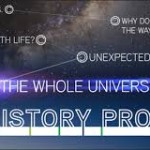 The surprising facts about why atheists...
Unbelievable?
Related posts from Peter Enns

Evangelical
open letter to the apostle Paul from a...
Peter Enns
TRENDING AT PATHEOS Evangelical