A few years ago, 10 perhaps, I was at an academic conference that featured a debate of sorts on the resurrection of Christ

I say “debate of sorts” because I think the evening was billed to be a dual between Wright and the Dark Lord Crossan, one of the founders of the Jesus Seminar, but I remember very little heat.

What I do remember is two things Crossan said.

First, Crossan talked for a few minutes about Matt 27:52-53–that truly odd verse about tombs of saints opening up at Jesus’ resurrection and the formally dead but now apparently alive saints walking about Jerusalem as if it’s just what you do under the circumstances.

I never really thought about that before then–probably because I kept stuffing the idea into the back of my mind. But that day, something about Crossan’s clarity struck me, and I knew enough about Jewish midrash, and Matthew’s love for it, to see what was going on: this didn’t happen, but is part of Matthew’s crafting of the Jesus story to symbolize that God’s kingdom has invaded the empire.

Second, Crossan said something that I’m sure is tucked away in a book of his somewhere, but being Christmas and all, and behind in my shopping and grading, I don’t feel like finding it.

But I remember it–at least the general flow–and it’s stuck with me all these years, has helped me see Jesus differently, and is something I think about especially around this time of year when stupid versions of Jesus seem to be the order of the day (like saying he was white).

Anyway, Crossan said that if you took someone who knew nothing of Jesus, but did understand that religious-political powder keg of 1st century Palestine–tensions between various Jewish groups with different ideas about God and how to live in their own land under Roman rule, and tensions between Jewish and Greco-Roman customs, now centuries old–and then handed that person the Gospel of Mark, he wouldn’t be far into it before he would ask, “Who is this Jesus?” and “When is he going to be killed?”

I like being reminded of this Rebel Jesus, the one Jackson Browne wrote about (and if you don’t own “The Bells of Dublin” you should be banned from Christmas).

Forgetting the Jesus who behaves, looks like he would fit right in at church, who acts as expected, colors between the lines, and never wanders off the beach blanket,

that’s where I’d rather be this Christmas.

December 16, 2013
Openness to the Other: A Challenging Necessity for the Future of American Evangelicalism
Next Post 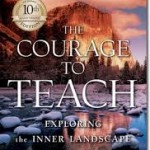