3 biggest reasons why Bible reading is down

Apparently, Bible reading is way down in churches, and Biblica has dug into finding out why. Here’s what I learned at the 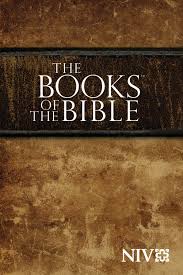 Bible reading is down because people read it

In fragments, meaning in the verse level rather than in large sections. A focus on verses not only encourages prooftexting but  prevents readers from seeing the larger points of biblical works–whether we are talking about a letter like Romans, or large narratives such as we find in the Old Testament.

To remedy this problem, Biblica has formatted the NIV (New International Version, 2011) without chapter and verse numbers, calling it The Books of the Bible

, which is also available in 4 separate volumes: The New Testament and the Old Testament in three volumes (Covenant History, Prophets, Writings).

A-historically, meaning without a feel for the historical context of the texts being read. To help remedy this, Biblica has reordered the books of the New Testament to reflect something of the historical order in which the books were written (although no order can claim certainty).

Paul’s letters begin with 1 Thessalonians and end with 2 Timothy with Romans in the middle. Luke-Acts begins the NT as one work, and Matthew and Mark follow Paul’s letters.

In the Old  Testament, Israel’s “covenant history” takes you from Genesis through 2 Kings. Chronicles is grouped with the “Writings,” as is Daniel, thus reflecting a bit more the traditional Jewish canonical, which I think is a huge improvement over the standard Christian order.

Many Christians might be unnerved to learn that the present ordering of the books of the Bible is relatively late and wasn’t “finalized” until the mass production of the 16th c. Geneva Bible made possible by the printing press. There is nothing whatsoever sacred about the order we are used to, and switching things up can actually help people connect more with the texts.

For example, reading 1 Thessalonians first–where the younger Paul is more of a Jewish apocalypticist–and then moving to his later writings highlights Paul’s own growth as an apostle to the Gentiles.

In isolation, meaning individual “devotions” rather than in groups. The idea here–completely correct, if you ask me–is that reading Scripture is mean to be a community task for mutual enlightenment and encouragement.

So, the response to the three reasons why Bible reading is down is: 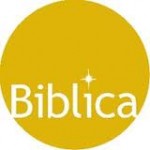 Evangelical
the Bible is a human book
Peter Enns