the Bible is a human book 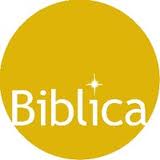 The conference was sponsored by Biblica, formerly the International Bible Society. About 20 biblical scholars and theologians were invited to participate in an open conversation about the Bible—or as one organizer put it, “What is the Bible and what do we do with it?”—which coincidentally happens to be the title of the last chapter of my book Inspiration and Incarnation.

The conference was aimed primarily at creating conversations around several topics that Biblica is thinking through concerning the present and future of Bible reading.

One huge initiative of Biblica is what they call Community Bible Experience, which is a highly successful approach to encourage community Bible reading using Bibles without chapter and verse numbers, reordering books of the Bible to reflect when they were written, and to create space for people to engage the Bible in community in a “book club” kind of vibe rather than a traditional “Bible study.”

CBE is not a gimmick, folks. It works. The link above will explain it more fully.

Anyway, the conference was sort of a think tank, and the invited participants were asked to address 10 issues that Biblica felt would help them think more deeply about how the Bible can be engaged more deeply in group contexts. Participants included George Marsden, Nicholas Wolterstorff, Kevin Vanhoozer, Peter Leithart, Daniel Kirk, John Walton, Craig Bartholomew, Craig Evans, and many others. The conference was moderated by Andy Crouch.

I was asked to speak on, “The Word Made Flesh: The Bible as a Human Book.” Here’s what I said, in brief.

1. Change “as” to “is” in the title. The Bible is a human book, meaning there is nothing in the Bible that does not fully

participate in the human drama and cannot be explained on the basis of it’s “humanity.” In other words, there is nothing in the Bible to which one can point and say, “Ah, here is something that is divine and NOT human.” “As” suggests distance between the Bible’s thoroughgoing humanness.

2. The Bible is not merely a human book, but it is a thoroughly human book. That is a paradox, a confession of faith. The evangelical challenge can be summarized as the need to work through a synthesis where both of these claims are respected—i.e., the Bible reflects various and sundry (not one) ancient (not modern Christian) ways of thinking about God and the life of faith.

3. The evangelical system has not always done a good job of pulling off his synthesis, in part because the thoroughgoing humanness of the Bible is too often adjusted or kept at a safe distance in favor of protecting theological statements about the nature of Scripture.

4. Another way of articulating the challenge: true dialogue is needed between the Bible as a means of deep spiritual formation and “taking seriously” Scripture’s thoroughgoing humanity. Of course, just what “taking seriously” means is the money question, and too often in evangelical formulations, at the end of the day, the diverse and ancient nature of Scripture is either tolerated or tamed rather than allowed truly to inform Scripture’s role in spiritual formation.

5. I closed with suggesting three overlapping models for Bible readers today for engaging the Bible with greater attention to the Bible’s own character that then also fosters spiritual formation.

A dialogical model: Taking a page from the history of Judaism and much of premodern Christianity, the Bible is a book where God is met through dialogue rather than primarily as a source of doctrinal formulations. Reading the Bible well means being open and honest about what you see (for example, Canaanite genocide) rather than feeling the need to corral all parts of Scripture into a logically coherent system. The dialogical model is also woven into the nature of Scripture itself, e.g., Job, Ecclesiastes, and lament Psalms.

A journey model: Rather than a depository of theological statements disguised as a narrative, think of the Bible as modeling our spiritual journey by letting us in on the spiritual journey of the ancient Israelites and first followers of Jesus. This model allows the theological and historical tensions and contradictions to stand as statements of faith at various stages of that journey rather than problems to be overcome in preserving a “system” or “owner’s manual” approach to Scripture.

An incarnational model: I continue to think that an incarnational model of Scripture provides needed theological flexibility for addressing the realities of a Bible that is both located squarely and unambiguously located in antiquity and continues to be sacred Scripture.

Anyway, the conference was a lot of fun, and we all gave each other things to think about. 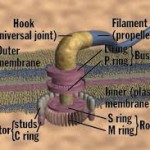 December 30, 2013
a revealing parallel between Intelligent Design and conservative/evangelical views of the Bible
Next Post 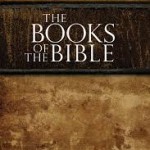 January 7, 2014 3 biggest reasons why Bible reading is down
Recent Comments
60 Comments | Leave a Comment
Browse Our Archives
get the latest from
Evangelical
Sign up for our newsletter
POPULAR AT PATHEOS Evangelical
1