Is the Bible without error in all that it affirms or teaches?

Many of us are no doubt familiar with this way of articulating inerrancy. Its advantage is that those things that are not affirmed or taught can be in “error,” at least error-like in that they don’t need to be obeyed–like the pessimistic theology of Qohelet, or Ps 137, where the psalmist is giddy with the thought of Babylonian babies’ heads smashed against rocks.

Portions of Scripture that do affirm/teach include the 10 Commandments, Jesus’s teachings on forgiveness, the Beatitudes, and many other things.

Of course, Christians don’t often agree on what exactly “affirm” or “teach” mean and which passages fit that description. That in a nutshell is the evangelical hermeneutical adventure, and let the games begin.

For example, does Genesis 1 not affirm/teach that the cosmos was formed in 6 days? Many will say yes, of course, while others will say no, since the author’s intention is not to affirm/teach something about the formation of the cosmos.

Personally, even though I don’t agree with them, I do think the former group is more consistent with the “affirm/teach” standard of inerrancy, and the latter are clearly influenced by extra-biblical factors such as science and the historical study of Scripture. And how do they know what the author’s intention is, anyway?

Further, even when people agree that the Bible is indeed affirming/teaching, there is no guarantee that behavior will match the creed (as in the case of Jesus’ teachings).

What’s got me thinking about this is Romans 13:1-7. There Paul famously wrote what can be nothing other than a number of quite clear and striking affirmations and teachings about God, the government, and what that means for the rest of us plebes.

If I may summarize Paul: The governing authorities have been instituted by God and to resist these authorities is to resist God. If you conduct yourself well, you have nothing to fear. If you do what is wrong, you will feel the brunt of their authority, since they do not bear the sword in vain, do they?  Of course not. The authorities are God’s servants.

It sounds to me like Paul is affirming and teaching something.

I also think there are major problems with taking Paul’s words as a binding affirmation/teaching.

I don’t need to draw you all a map. No one who is an American citizen thinks Paul’s words are binding, given how our country was founded in rebellion to the governing authorities.

“But some powers are corrupt,” some might say. Well, I don’t see Paul giving us that option in his affirmation/teaching. Governing authorities simply are instituted by God. Period. What he says is “clear,” and if we can’t trust what God is saying here so clearly, then we can’t trust him anywhere. Paul gives no expiration date or escape clause.

I know many Christians who are more than willing to take these words of Paul as a clear and binding “teaching”–that is, as long as their guy is in the White House.

Anyway, you get my point. Paul in Romans 13:1-7 certainly has his affirming and teaching hat one.

The truth is, I don’t know many Christians who take Paul at his word here. They may try to deftly extract themselves by saying that Paul is merely giving an ideal principle, or that only legitimate authorities are instituted by God.

But again, that’s just “adding” something to God’s word, which clearly makes a pretty cut and dried case for human governmental authorities as instituted by God.

But a proper understanding of these words of Paul’s, as with most other things in Scripture, requires some sensitivity to their historical/cultural or literary context (or both).

In his commentary Reading Romans 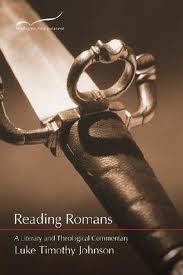 First, in the Greco-Roman world, the basic social order was a household, with the father as head. This social order was then applied to the empire, where the emperor was “head of the family” (paterfamilias).

That “order” was not remotely thought of as changeable as in the post-Enlightenment world, where governments rule by the consent of the people.

Paul’s claim about God and government, therefore, was completely unexceptional for his day–part of his cultural environment and utterly natural to him and his readers. To think of Paul’s words as a timeless blueprint, therefore, despite how clearly he is affirming/teaching, is a mistake.

Also remember that in Paul’s day, neither Judaism nor this new Jewish subgroup of Jesus followers were considered an immediate threat to Rome, and so they all more or less got along. At another time we should not presume Paul’s thinking would have remained the same–such as later in Paul’s life when Christian persecutions were underway, or perhaps when Romans were killing Jews and razing their temple in AD 70.

Paul cannot be held responsible for his practical advice later taken as divine revelation and as the basis for a Christian theology of state. That is too much weight for a few words of contingent remarks to bear…. Simply “reading it off the page” as a directive for life is to misread it and to distort it, for the world in which it made self-evident sense no longer exists and never can. (p. 201; my emphasis).

Translation: There’s more to reading the Bible faithfully than just doing what it says, no matter of clearly it seems to be telling us what to do.

Which leads me to my point: Clear affirmations/teachings, just like everything else in the Bible, need to be seen in context. And in doing so we may come to see that when the Bible is affirming/teaching something, that does not mean it is binding. It may mean that is not longer is.

And if anyone wishes, they can still call that “inerrant.”

What I am saying here about Romans 13:1-7 is not radical. I suspect many evangelicals would play the context card as Johnson does. And that is precisely part of the biblical literalist complaint: “You weak-in-the-knees quasi-evangelicals are always taking a clear affirmation/teaching of the Bible and relativizing it with your fancy-pants talk of context and the ancient world and what not.”

They have a point, actually. I can see tons of wiggle room in Genesis 1, Ecclesiastes, etc. in the affirm/teach definition of inerrancy. But not when a biblical author is using words that in any other place would be described as a list of imperatives–clear affirmations/teachings. I mean, if not in Romans 13:1-7, then where?

Anyway, that was just on my mind at the moment. And this is why I think inerrancy–however intended or defined

–isn’t a very good descriptor of what the Bible does.

At the end of the day, you simply can’t avoid genre and context when talking about how the Bible works. And when you do, definitions of inerrancy seem less and less convincing. 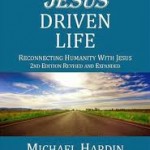 April 11, 2014
"Scripture is like a cracked jar"--the glory of an imperfect Bible (Michael Hardin part 4)
Next Post