my interview with Brian McLaren (part 1) 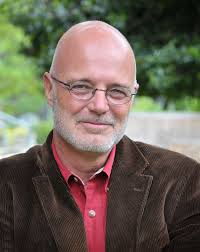 Today is the first of three installments of my interview with Brian McLaren. He asked me three questions about my book The Bible Tells Me So: Why Defending Scripture Has Made Us Unable to Read It

(which, I can’t remember, I may have mentioned once or twice over the last few weeks). In turn, we thought it would be fun if I asked Brian three questions of my own (and–NO–not about my book; you must think I’m self absorbed or something).

And since we were having so much fun, we thought we’d make this even funner (and more confusing) by posting the exact same post on each other’s blogs simultaneously. So, if you’d rather (hurt my feelings and) go over to Brian’s blog and read this, click here.

—52+ short chapters that give an overview of the biblical story and a fresh introduction or re-orientation to Christian faith.

Peter, I loved your book.  I don’t know many if any theologians who can make serious points with as much humor as you. You theologize like a stand-up comic, which, in light of the seriousness of your subject matter, is a good thing. Much humor, I think arises from pain and anger. I’m reminded that Soren Kierkegaard said, “The essence of all true preaching is malice,” by which he meant that unless the preacher is mad about something, he has no passion. So … is that true for you with this book? If so, what pain or anger is behind it?

Thanks, Brian. I loved my book, too.

I’ve actually thought a lot about your question, but I’m not sure I can come up with a final answer. All I know is that I’ve loved to joke and laugh ever since I can remember (and it landed me in trouble now and then as a kid in school). Of course, this begs the question why it is part of my personality. I don’t think, though, that anger or pain are necessarily behind it. I know that many comedians have suffered emotionally, and I would venture to guess that their comedy was a form of pain-management.

But for me, I just like seeing the absurd in things. Humor can disarm and put people in a position of seeing the same old thing in a different light. I’m reminded of something George Carlin said (paraphrasing), that comedy is what happens everyday, you just need someone to point it out to you. For me, humor is a very natural-feeling mode of catching people off guard to see something deeper or from a different angle than they might be accustomed to. Maybe that’s my schtick.

I like how you refer to preaching in your question. I used to tell my seminary students that preaching is like Carlin’s definition of comedy: God-moments are all around us, we just need to be reminded of them.

In The Bible Tells Me So, I describe some people’s perceptions of God as a drunken father you don’t want to disturb from his nap lest he become angry. I’m not describing God but trying to get at the absurdity of how some perceive God—as one who will lash out ate you with only the slightest provocation. Some say I’m “mocking” God but that is to miss the point entirely.

I hope, though, that preachers don’t have to be “mad” to be passionate, as Kierkegaard puts it (though I get his rhetorical overstatement in the context of the complacent church he was critiquing). Anger is fine when it is well placed, directed at things worthy of anger. But I’ve seen too many preachers who are angry about everything, as if the only way they know how to speak of God is to be majorly hacked off about something. That’s not good preaching or good pastoring.

Brian, on my blog I’ve been running a series I call “aha moments”–that point where you began to see how the model of Scripture you had no longer makes sense to you and you know you have to move on. What is your “aha” moment with the Bible? What happened that started you on your journey, that made you realize “I need to find another way of thinking about how the Bible informs my faith”?

For me, there have been so many aha’s. One came when I was in elementary school. I’m just old enough to remember the days of segregation. We attended a white church that was proud to call itself fundamentalist because it stood for the fundamentals of the faith.

One Sunday, my Sunday School teachers (it was a husband and wife co-teaching) told us that we should never date a person of another race because we might fall in love, and if we fell in love, we might get married, and if we got married, it would be a terrible sin because God “created them according to their kind” and there was this thing called “the curse of Ham” (which was about race, not pork products, I realized).

I remember thinking this was bonkers and evil, even though I was only maybe in fifth grade at the time. My parents weren’t racists at all … but I realized that the Bible could easily be “an accessory to the crime” – if not wisely interpreted.

I encountered the same kind of racist attitudes, sad to say, in some missionaries I heard speak.

A couple years later, in middle school. I was super interested in science. One Sunday, my Sunday School teacher, a good-hearted and simple man, said, “You have to choose. You can either believe in God or evolution.” I remember thinking, “OK. I’m 13 years old. Five years from now and I’m outta here.”

To me, evolution was one of the most beautiful and elegant things I’d ever come across, and to put it in opposition to God made no sense. I probably would have been “outta here” if I hadn’t had a very powerful spiritual experience a couple years later, accompanied by some spiritual mentors who didn’t have such closed-minded approaches to Scripture and faith.

More aha moments came when I went to college and then graduate school, where I studied English. Studying literature involves studying the ways we read literature – which means studying theories of interpretation.

What was almost always implicit and unacknowledged in church because explicit and open to critique in lit classes – that we all have theories and assumptions and perspectives and biases we bring to the text. That’s one of the reasons I wish that your book had been available to me back when I was in high school and college. I would have eaten it up.

A reminder to join me in a Reddit AMA this Wednesday, September 17th at 3pm EST in the Christianity subreddit.

September 15, 2014
on being a mouthpiece of satan
Next Post 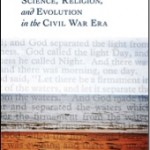 September 19, 2014 Evolution, the Bible, and Presbyterians in the Civil War South (or, please stop the merry-go-round I'm getting nauseous)
Recent Comments
28 Comments | Leave a Comment
Browse Our Archives
Follow Us!

What's Lost with the Dying of...
Anxious Bench
Related posts from Peter Enns