does an inerrantist culture “do good or do harm”? 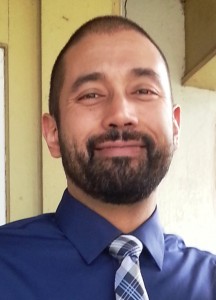 Today’s guest post is by Carlos Bovell, a frequent contributor to this blog. Bovell is a graduate of Westminster Theological Seminary and The Institute for Christian Studies, Toronto. He is the author of Inerrancy and the Spiritual Formation of Younger Evangelicals (2007), By Good and Necessary Consequence: A Preliminary Genealogy of Biblical Foundationalism (2009), an edited volume, Interdisciplinary Perspectives on the Authority of Scripture (2011), and Rehabilitating Inerrancy in a Culture of Fear (2012).

In Mark 3:4, Jesus poses a very interesting question to the man with the withered hand: “Is it lawful to do good or to do harm on the sabbath, to save life or to kill?”

Why ask a question like this? Because, as Mark writes, the witnesses in the synagogue were waiting to see whether Jesus would heal on the sabbath, and thus be able to accuse him as being a sabbath-breaker.

This leads to another question: what was the point behind observing the sabbath in the first place? What religio-cultural benefit was it seen as providing? Whatever it may have been, did it have something to do with God instituting a sabbath to prevent people from doing good? Did it have anything to do with trying to prevent someone from moving to save a life?

To ask this question is already to answer it. The institution of the sabbath did not originally have any of these things in view, and Jesus’s point seems to be that over time keeping the sabbath had come to have the effect of stopping people from doing good.

According to Jesus, God would never want to do anything to stop people from doing good, from saving a life, from carrying out from the heart his two main commandments: loving God with all our hearts and loving neighbor as ourselves.

Not Jesus’s God. In fact, throughout Mark 2 and 3, Jesus explains that what he does is what God’s followers should be doing, making sure that the commandments—including sabbath-keeping—are carried out in ways that promote love, in ways that lead to good.

The Markan evangelist continues his story, “But they were silent. He (Jesus) looked around at them with anger; he was grieved at their hardness of heart.” The faithful, religious people of Jesus’s time (identified here and in Matthew 12 as Pharisees) were so concerned to keep the sabbath properly that their singular focus on doing so blinded them to the greater good of restoring and healing.

In Jesus’s view, this signified a “hardness of heart,” desiring the opposite of what God desires by setting the commandment that God gave to his people against the love that God has for his people. His expectation for us is that we love one another. In fact, he commands us to do so.

So whenever God’s people set one command against another, the net result had better be love. Otherwise, the net effect is killing the commandments, which spiritually deprives God’s people of his provision of love, which is exactly what’s needed to save souls. (Thus the saying, “The letter kills.”)

In Rehabilitating Inerrancy in a Culture of Fear, I drew a parallel between Jesus healing on the sabbath and the American evangelical inerrantist mindset.

One concern I have is that, for various reasons, a number of inerrantist scholars are failing to grasp just how debilitating it is to spiritual formation to foreground inerrancy as a central and permanent fixture for American evangelical identity. They fail to see how, culturally and institutionally, this mindset can keep evangelical teachers from doing good, from providing healing for searching Christians both in evangelical churches and in classrooms.

A recent review of my second book, for example, observes that although my objections to inerrancy might have been relevant “some years ago,” by now evangelicalism has moved beyond inerrancy as a problem, understanding better that scripture contains different genres and was written within various historical contexts.

But drawing attention to how evangelical scholarship has become more sophisticated, though always a welcome development, simply sidesteps the problem temporarily.

But such designations are routinely—even universally—accepted outside of inerrantist scholarship. Guarding against “errant” genres in scripture looks like special pleading and a needless spiritual distraction.

Further, as I argue in my book, segments of inerrantist evangelical culture have developed in ways that are sustaining a culture of fear. There is a sizable number of wavering believers who desperately need to be healed from its damaging effects, which includes institutional and personal maltreatment. (I have been dared many times by inerrantist believers, “Why don’t I just get it over with and give up profession of faith?”)

The problem is that, given where we are in the history of evangelicalism, a very important part of the healing process for some believers requires turning a critical eye toward, and probably eventually turning away from, inerrancy of any form.

More and more within evangelicalism are questioning the value of an inerrantist paradigm. How will evangelical leaders handle this? Will they cheer on this healing that is taking place or will they grumble in their hearts because the healing supplants a higher “sabbath law?”

In the same way that the apostle Paul explains that he counts all things as ”dung” in order to know Christ (Phil 3.8), I think it’s time for some inerrantist evangelicals to consider whether the esteem with which they hold inerrantist doctrine is so high it is keeping them from doing good to others, from saving a person’s faith, from loving those members of Christ’s church who are looking to be healed from a culture of fear.

November 17, 2014
watching young scholars grow up on the internet
Next Post

November 19, 2014 what would the apostle Paul think about evangelicals and the conflict in Palestine?
Recent Comments
37 Comments | Leave a Comment
Browse Our Archives
Related posts from Peter Enns