frank talk for Christians about sex, love, marriage, and all the rest (happy Valentine’s Day) 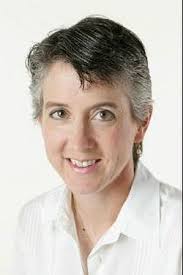 Today’s post–just in time for the grand Hallmark holiday of them all–is a commentary concerning young Christians and the need to speak about sex, sexuality, love, and marriage in ways that move beyond “fear, ignorance, and moralism,” as our guest blogger Dr. Margaret Kim Peterson puts it.

Peterson is Associate Professor of Theology at Eastern University in Saint Davids, PA. Her Ph.D. is in theology and ethics from Duke University, and she also earned an M.A. in Marriage and Family Therapy from La Salle University. With Dwight N. Peterson, she is co-author of Are You Waiting for “The One”?: Cultivating Realistic, Positive Expectations for Christian Marriage

This Valentine’s Day I’m remembering a book I reviewed a year ago, at the invitation of Christianity Today: a book called Loveology: God. Love. Marriage. Sex. And the Never-Ending Story of Male and Female

that purported to offer “a theology of love, marriage, sex and all the rest.”

I read the book. Parts of it were standard Christian theological observations (the nature of marriage as a God-created context for companionship, sexual relationship and childbearing and childrearing). Parts of it were more culturally trendy (the Song of Songs in the Old Testament presented as a model for courtship in which men pursue and women are pursued).

Parts of it were internally inconsistent (divorce and/or remarriage and homosexuality presented as equally forbidden by scripture, but with room for pastoral exceptions made for divorce and remarriage but not for homosexuality).

Then the book got really weird. 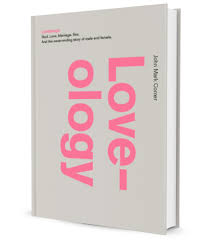 And the author’s wife, chiming in with the woman’s point of view, opined, “For a woman, there’s no sexual release, so I think for us it’s just lust.”

I kept reading. The book’s main author offered advice for avoiding lust in pre-marriage romantic relationships. His suggestion: avoid any experience of sexual arousal. “As soon as you get aroused, you need to stop… Better yet, know when you get aroused ahead of time, and avoid it.”

A couple of questions came to mind. Is it really possible to carry on a romantic relationship while having no sexual feelings whatever? If it is possible, how would this be good preparation either for marriage or for more-mature single adulthood? Neither the primary author or either of his co-authors addressed these questions.

I sighed. I wrote the review. I read my final draft to my husband, who burst out laughing. “They’ll never publish that,” he said.

He was right. The editor at Christianity Today was appreciative at first: “Thank you very much. It will go up online; we’ll let you know when.”

Six months went by. Then another note: “Sorry, but we can’t use this.”

I sighed again. Of course no media outlet is required to review any book or to publish any review. But this book, and this decision by a widely-read evangelical magazine to kill a commissioned review of it, have resonance beyond themselves, at least for me.

I teach theology at a Christian university, and I have a lot of conversations with young people about “love, marriage, sex and all the rest.” Nearly all of them have been exposed to viewpoints like those represented in this book: that is, to perspectives on sex and sexuality, love and relationships, dating and marriage, that are little more than equal parts of fear, ignorance, and moralism.

And not nearly enough of them have been exposed to anything like a thoughtful, well-informed, non-anxious conversation about any of these topics.

I do what I can with my own students. But I wish it didn’t feel like such a lonely road. I wish there were more sources of good information and useful reflection, and more people and publications willing to call out silliness (or worse) when they see it. The church’s young people deserve so much better, on Valentine’s Day and every day. 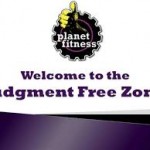