dear politicians: if you claim the Christian God as your own, here’s your benchmark

dear politicians: if you claim the Christian God as your own, here’s your benchmark June 1, 2015 Peter Enns 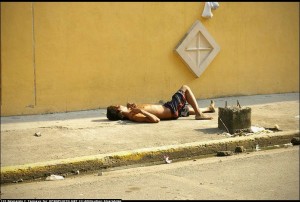 Christianity has fallen on hard times in popular western culture. I get it.

Christians are known more for what they are against and for having perfected culture war tactics–and the grotesquely fearful and hateful versions of Christianity peddled by ambitious politicians doesn’t help the Christian image one bit.

There is plenty of bad press out there about what Christianity is more the problem than the solution to world problems.

On Easter Sunday, however, I heard a sermon I was glad to hear–on what makes Christianity “good news.” Here is the gist of it.

The source of this list (all but the last item) is a blogpost “Impact on Modern Society” at “Good things Christians have done in society,” which lists over 80 examples with links for further reading. And that is simply a partial list.

Just so we’re clear, I am not saying that only Christians do good in the world or that non-Christians aren’t involved in the some of the same humanitarian efforts. Nor am I in the least interested to paper over the harmful and unhelpful things done in the name of Christ through history ranging from the crazy to genocidal.

I’m just saying this is an impressive list of what Christians have felt compelled to do for society as they follow Jesus.

Here’s something I’d like to hear in election years: “I don’t believe as these Christians do, but I sure do want them running our government!”

Instead, the general public is skeptical, if not fearful, of politicians who parade their Christian faith, and I don’t blame them.

They are used to the usual fare of politicians claiming to uphold “Christian values” while in truth promoting the negative agendas of a small sliver of privileged western culture.

Well, politicians, I’ve got your “Christian values” right here in this list.

Show us how you follow Jesus by how you treat the marginalized, outliers, helpless, abused, poor, elderly, disabled, orphans, and persecuted. Pick one. Any one. There’s plenty to do.

May 28, 2015
Reading John: An Interview with Christopher Skinner
Next Post

June 2, 2015 10 reasons why roughly 300,000,000 Americans are wrong
Recent Comments
76 Comments | Leave a Comment
Browse Our Archives
get the latest from
Evangelical
Sign up for our newsletter
POPULAR AT PATHEOS Evangelical
1

The Evangelical Baptists Who Made "Biblical...
Anxious Bench
Related posts from Peter Enns