Jon Stewart on the Charleston shooting: sort of like a prophet

Last night I watched this clip of Jon Stewart commenting on the tragic shooting in Charleston. And I thought to myself, “This is what prophets do.”

No, Stewart isn’t exactly like a biblical prophet–although I think personalities like Jeremiah or Ezekiel were quite good at holding an audience and had no problem using the shocking and bizarre to make a point (try reading Ezekiel 16 at the dinner table).

But I see Stewart using his public platform here to call out sin, clearly, without compromise.

Not simply the sin of individual racism that led to this tragedy.

But the deeper sin of the collective racism of our country that supports and nurtures killers like Dylann Roof and of the structures in place that can’t quite seem to get up enough steam to move mountains if necessary to do something about it.

Biblical prophets held Israel’s leaders accountable. They got in their face, like they were prosecuting attorneys bringing out a laundry list of crimes against the people.

Biblical prophets were voices of moral consciousness and tireless advocates for the marginalized, the vulnerable, the oppressed.

They were voices of what the Bible calls justice and righteousness.

Jesus spoke with this same prophetic voice while wandering the Galilean countryside speaking of the Kingdom of God, which is marked by peace, self-denial, service, humility, and an absolute refusal to mete out violence against one’s “neighbor”–against anyone we should come across.

Not just people like you, but anyone. Even people you have been programmed to hate.

Bringing justice and righteousness to our world is nothing less than what the Bible calls: salvation, deliverance, redemption–words contemporary Christian rhetoric often restricts to spiritual matters.

Though those words include our spiritual state, the ancient Hebrews understood the body and soul, the individual and corporate, the psychological and sociological to be meshed together as one organism.

Israel’s rulers had the sacred–I will say it again, sacred–responsibility to insure that justice and righteousness are upheld for the good of the whole.

And like a prophet, Stewart took a step back and looked at the big picture. He was somber, angry, exasperated, and grieved by injustice.

Like a prophet, I heard Stewart getting political–laying bare the ugliness all around us and the insanity that allows it to happen–or even excuses it.

But I also heard a bit of hope, which biblical prophets also give, that it does not need to be this way. We can live differently.

Yes, Stewart’s rhetoric was sweeping and “black and white” (the pun he himself used at the end of the segment), but that is how prophets speak when they are getting to heart of what is wrong and laying out a vision for what can be.

I know Christians, too, work tirelessly to bring justice and righteousness to our communities. But Stewart has a big platform. I’m glad he used it to shatter complacency and call for justice. 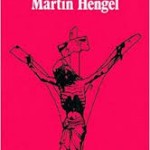 Evangelical
And Brief (and let's hope final, but If...
Peter Enns

Evangelical
Absolutely the Most Important Chapter in the Entire...
Peter Enns

Evangelical
Walter Brueggemann and Scripture as Counter-Imagination to the...
Peter Enns