Jesus’s crucifixion: not exactly a selling point in the ancient world 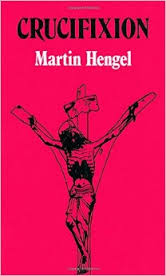 If you’re living in the Mediterranean world of the 1st century and you want to promote your religion, a “crucified god” is not your headline.

Yet that is exactly what we find in the New Testament.

, written about 40 years ago. Hengel (d. 2009) was a scholar of the New Testament and freakishly smart.

The only possibility of something like a ‘crucified god’ appearing on the periphery of the ancient world of gods was in the form of a malicious parody, intended to mock the arbitrariness and wickedness of the father of the gods on Olympus, who now had become obsolete. (p. 11)

Hengel goes on to discuss as an example Lucian’s Prometheus, the story of the crucifixion of the god Prometheus by Zeus. Hengel continues…

It does not seem to me to be a coincidence that the author [Lucian] of this biting parody in his De morte Peregrini, mocks Christians as “poor devils. . . who deny the Greek gods and instead honour that crucified sophist and live according to his laws. (p. 12)

With its paradoxical contrast between the divine nature of the pre-existent Son of God and his shameful death on the cross the first Christian proclamation shattered all analogies and parallels to christology which could be produced in the world of the time, whether from polytheism or from monotheistic philosophy. We have points of comparison [between Christianity and other ancient religions] for the conceptions of exaltation, ascension and even resurrection. But the suffering of a god soon had to be shown to be mere simulation, rapidly followed by punishment for those humans who had been so wicked as to cause it. . . . (p. 15)

On many occasions in the Graeco-Roman world we come across the idea that offensive happenings should not be ascribed to revered divine beings or demi-gods themselves, but only to their ‘representations.’ . . . . Jesus should have demonstrated his divinity by being transported either at the time of his capture or later, from the cross (p. 16).

Judaism and Christianity make sense in the ancient world–they reflect the cultures of the times. But there is also a weirdness to Christianity that Hengel describes here.

“Hi everyone! The one we worship was crucified by the Romans. Come follow us.”

That opening line did not “fit” among Greco-Roman religions. Claiming a divine figure was helplessly beaten, tortured, and gruesomely–shamefully–executed, would have been proof positive that such a religion was joke worthy only of the late night monologs–whatever the ancient analog is for Jimmy Fallon.

The ridiculousness of the crucifixion of the Son of God is can easily be lost on modern people, including Christians.

But without grasping firmly the “offense of the cross” (Galatians 5:11), we miss an important reversal that so typifies the gospel.

For the message about the cross is foolishness to those who are perishing, but to us who are being saved it is the power of God.  For it is written,

“I will destroy the wisdom of the wise, and the discernment of the discerning I will thwart.”

Rather than remaining a humiliation, in an ironic, counterintuitive twist, the cross became the grand reversal, God’s means of triumphing over the kingdoms of men.

He disarmed the rulers and authorities and made a public example of them, triumphing over them in it [the cross]. (Colossians 2:15)

And that is my thought for this Sunday morning. 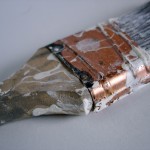 June 24, 2015 listen to what the Spirit says to my blog commenters: a vision
Recent Comments
33 Comments | Leave a Comment
Browse Our Archives
get the latest from
Evangelical
Sign up for our newsletter
POPULAR AT PATHEOS Evangelical
1