1.  Health care reform town halls turn ugly.  I find myself conflicted.  I am very much in support of the beautiful chaos of democracy, whether or not the protesters are voicing my own views–and it certainly is true that politicians seems increasingly distanced from the constituencies they represent, increasingly unaware that they are the ones who are supposed to listen.  Yet I don’t like it when the other side is shouted down and intimidated so that they cannot present their arguments.  Peggy Noonan has some wise words in her column today.  Most of the protesters are peaceful and orderly.  It only takes a few to make a rowdy scene, and it only takes one or two to lead to an incident that will be counter-productive to the protesters aims.  Of course, it’s true that the Left has been thuggish at times during the Bush administration (and its imagery was far more far more violent than a Joker image–and Bush had his Joker too) that the Left has been just as vicious, just a thuggish in the past.  But we all know that “he did it too” is not an excuse.

If anything is worse, however, it is the way in which the Democrats have responded.  “Astroturf” is fake grass, of course; and “astroturfing” is when a grassroots action is falsely produced.  There is no “astroturfing” involved when people who are genuinely upset are encouraged to show up at a particular time and place; if that were so, then any action from MoveOn or SEIU, Acorn or even the administration itself would amount to astroturfing.  Again, coordinating a protest is not the same as creating a protest out of whole cloth.  Furthermore, these should not be labeled as extreme fringe, angry mob, etc.  One protester has a sign with a swastika and a circle crossing it out, effectively saying “no to fascism.”  Then Nancy Pelosi tells reporters about people carrying swastikas around.  The DNC put out a talking point that said, “The right wing extremists’ use of things like devil horns on pictures of our elected officials, hanging members of Congress in effigy, breathlessly questioning the President’s citizenship and the use of Nazi SS symbols and the like just shows how outside of the mainstream the Republican Party and their allies are.”  This is dishonest, and unbecoming of the most powerful people in the nation.  These are not just a bunch of uneducated hooligans; they are genuinely and justifably upset and fearful for the consequences of such sweeping health care reform.  Yet saying “we will punch back twice as hard” (as the White House has) is escalation, not reconciliation, not change, not postpartisanship.  It’s not the way that benevolent power is supposed to act, and it’s likely to lead to more violence.

I agree with Noonan that the Democrats would be wise–and would reap a justified reward–to step back, slow down, and address people’s concerns.  Much of the fear concerns context — that politicians are attempting to enforce vast transformations of our economy and our social system in the midst of the great recession, when our deficit is already through the roof.  Much of it concerns pacing — that the politicians in D.C. appear to be in a sprint to accomplish these things as soon as possible.  The Dems are at risk of losing a significant chunk of middle America: many of them older, AARP members, moderate Democrats who found Obama inspiring and refreshing.  A not-insignificant portion of those protesting voted for Obama, and may not do so again, depending on how the White House crafts its response.  If Obama shows himself to be another brass-knuckles Chicago politician, it will not serve his interests in 2012 (or 2010, for that matter).  He should stop the DNC from putting out videos labeling the opposition in this way, and should advise against the decision to bring in union toughs, which will inevitaly lead to more conflict.  Isn’t dissent patriotic?

The health care system needs reform.  In some form or another, whether it is the government or not, we as a people need to do better to meet the needs of the least of these.  But there is no national consensus here, and on a transformation of this magnitude, there should be.

2.  The unemployment rate eases from 9.5% to 9.4%.  The number of those with jobs, however, actually decreased.  The reason?  The Bureau of Labor Statistics, which produces these numbers, calculates the unemployment number in relation to the number of those seeking jobs.  If some stop seeking jobs, because they conclude that there’s no hope, then they are dropped out of the equation and no longer show up as “unemployed.”  This is a strange sort of calculation, that some on the Left often used to throw cold water on the unemployment rate during the Bush administration, when it was around 5%.  In a recession of this depth, a great number conclude that there is no hope for a job and stop seeking.  Nearly 800,000 (or about .5% of the workforce) dropped out of the calculation between June and July.  If even half were counted as unemployed, the percentage would be somewhere between 9.7% and 9.8%.  This is not an attempt to hold down what could be positive economic indicators.  Eventually the economy should turn around, and eventually those numbers should come down.  But it is to say that we should not get carried away here–and it’s ironic that the candidate of “hope” draws a little statistical benefit from those who have lost it.

3.  Fannie Mae needs another $10 billion, bringing the total for Fannie and Freddie to nearly $100B.

4.  Does anyone else get the sense that China has responded to the global financial crisis in a much wiser, more coordinated and (in some respects) more capitalistic manner than we have?  What is so galling about the stimulus bill, apart from its size in this cnotext, is the unwise way in which the money is spent.  One of the major selling points for the stimulus was the need to upgrade our energy infrastructure — and yet less than 1% of the $787B stimulus money goes to energy infrastructure.  $6B was given to energy infrastructure; we need roughly 20 times more if we are going to accommodate the increased energy production that we need from wind (because wind is out there, but we use energy here, we need to get it from there to here more efficiently and in a larger scale).  China–which has no deficit problem, by the way; quite the opposite–passed a stimulus bill of roughly $585B, and 23% went to energy infrastructure.  Yes, China’s energy infrastructure needs more work than ours.  But ours still needs a heck of a lot of work, and we are not close to meeting the need.

If the point was to increase employment, get money into the private sector, and transform into a green energy economy, why are we spending so little on the infrastructure that could keep our companies productive, and decrease our use of foreign oil?

5.  One Senator submitted a bill by which the cars traded in as a part of the Cash for Clunkers program could be donated to charities, rather than destroyed for scrap (if you did not know, the dealer is required to destroy the car and give the previous owner whatever money it could fetch for scrap and spare parts).  Although it runs against one of the reasons given (the environmental) for C4C, it seems like a nice way to help the poor and needy.  It was shot down 41-56.  You can see the roll call here.

6.  The Associated Press first reported that taxpayer money would not go to fund abortions under the proposed health care reform.  They took a lot of heat for poor reporting; the story was handed over for a new look, and now the Associated Press declares that the opposite is true: taxpayer money will be used for abortions.  “Health care legislation before Congress would allow a new government-sponsored insurance plan to cover abortions, a decision that would affect millions of women and recast federal policy on the divisive issue.”  As one blogger put it, Congress attempted to make an elaborate end-run around the Hyde amendment, but, as the AP story shows, it’s not a successful ruse.

As one reader pointed out, this is already the case in some states.  Yet a person can leave a state and still remain an American citizen.  Making it a federal matter is different.  All Americans, regardless of where they live, will have their money go to abortions.  Those on the religious Left should push hard on this: if we are interested in finding common ground, we should all agree that those who object to abortion on a fundamental moral level should not have to pay for it.  The very idea is deeply abhorrent to many Americans.  Is there not enough money, among those who believe strongly in abortion rights, to cover the ‘needs’ of those who desire but cannot afford abortions?

7.  Justice Sotomayor.  I cannot really give credit to Democrats on this, since they filibustered Miguel Estrada for years, because they were afraid he would be nominated to the Supreme Court and be the first Hispanic.  Contemplating a conservative Catholic Hispanic on the court was a source of great angst, much as Clarence Thomas was, for fear that Republicans would make inroads with a large and important minority group.  However, while I cannot credit the Democrats, I do credit Hispanics.  I hope they are proud that they have risen to the highest levels of American society, and proud to have a Hispanic American on the highest court in the land.

8.  Turns out that many of the car models benefiting from the Cash for Clunkers are actually trucks, including large trucks and SUV’s.  The original “top 10” numbers were misleading; another case of funny numbers.

9.  Finally, today’s Two Sides.  Two lefties (here and here) examine what they perceive to be the mistakes of the young administration, while Chares Krauthammer suggests a different approach to health care reform and another conservative tries to explain to befuddled liberals why so many are not enthused about the proposed changes. 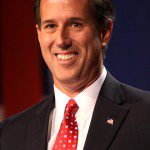 Evangelical
Breakfast Links for 12/05/12: Smell the Catastrophe; Your...
Philosophical Fragments