Jennifer Knapp is Gay — So, Now What?

The Christian musician Jennifer Knapp has just stated in an interview with Christianity Today that she is gay.  Jennifer released albums in 2000 and 2001 that were immensely successful, and she was touring constantly.  When she withdrew from the public eye in 2002, there were rumors that she was withdrawing because she was gay.  As she explains, that was both true and untrue:

Christianity Today: There were rumors that you left music because you were gay.

Knapp: That was a straw [in my decision], but there were many straws on the camel’s back at the time. I’m certainly in a same-sex relationship now, but when I suspended my work, that wasn’t even really a factor. I had some difficult decisions to make and what that meant for my life and deciding to invest in a same-sex relationship, but it would be completely unfair to say that’s why I left music.

One of the more interesting parts of the interview comes when Knapp is asked whether she was “struggling” with homosexuality when she was writing the songs she performed in 2000-2002:

Christianity Today: I’m curious: Were you struggling with same-sex attraction when writing your first three albums? Those songs are so confessional, clearly coming from a place of a person who knows her need for grace and mercy.

Knapp: To be honest, it never occurred to me while writing those songs. I wasn’t seeking out a same-sex relationship during that time.

During my college years, I received some admonishment about some relationships I’d had with women. Some people said, “You might want to renegotiate that,” even though those relationships weren’t sexual. Hindsight being 20/20, I guess it makes sense. But if you remove the social problem that homosexuality brings to the church—and the debate as to whether or not it should be called a “struggle,” because there are proponents on both sides—you remove the notion that I am living my life with a great deal of joy. It never occurred to me that I was in something that should be labeled as a “struggle.” The struggle I’ve had has been with the church, acknowledging me as a human being, trying to live the spiritual life that I’ve been called to, in whatever ramshackled, broken, frustrated way that I’ve always approached my faith. I still consider my hope to be a whole human being, to be a person of love and grace. So it’s difficult for me to say that I’ve struggled within myself, because I haven’t. I’ve struggled with other people. I’ve struggled with what that means in my own faith. I have struggled with how that perception of me will affect the way I feel about myself.

It will be interesting to see how people respond to this news.  And, if I can be forgiven for a shameless plug, we are beginning a conversation next week on how evangelicals and gays relate or should relate to one another.  One of my main contentions (though the purpose of the conversation is not to advance my point of view) is that we are wrong when we respond to situations like this by saying that the gay person is cut off from God.  Even those who believe that homosexual acts are against God’s will should be eager to keep gays in conversation with God, should be eager to encourage them to draw even closer to God.

Along these lines, note the following passages:

Christianity Today: Have you ever felt like you had to choose between your faith or your gay feelings?

Christianity Today: Because you felt they were incompatible?

Knapp: Well, everyone around me made it absolutely clear that this is not an option for me, to invest in this other person—and for me to choose to do so would be a denial of my faith.

Christianity Today: What about what Scripture says on the topic?

Knapp: The Bible has literally saved my life. I find myself between a rock and a hard place—between the conservative evangelical who uses what most people refer to as the “clobber verses” to refer to this loving relationship as an abomination, while they’re eating shellfish and wearing clothes of five different fabrics, and various other Scriptures we could argue about. I’m not capable of getting into the theological argument as to whether or not we should or shouldn’t allow homosexuals within our church. There’s a spirit that overrides that for me, and what I’ve been gravitating to in Christ and why I became a Christian in the first place. 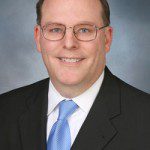