My fellow Patheos blogger and Catholic pontificator extraordinaire Elizabeth Scalia writes a lovely post on the tactics of offense.  Speaking of the response to the Supreme Court decision on the Affordable Care Act, she writes:

Amid all the predictability, though, nothing bores me more than the phrase “that offends me,” uttered by a person who decides to define himself (or herself) according to some aspect of that self — as a fat person, a thin person, a vegetarian person, a meat-loving person, a Christian person, an atheist — and then presumes to “take offense” at things, on behalf of all the people in the world who share some form of that defining characteristic.

A too-quick choice to be offended by something (and it is a choice) tells me a couple of things about a person: first, that he feels so uncertain of who he is that he must declare and define himself as “thus” or “such” in order to establish a reference marker — a stake that is meant as much for himself as for the rest of us…Second: a death-grip on an identifier, used in conjunction with feather-ruffled offense-taking, tells me that this person is a passive aggressive — someone so weak that he needs to resort to the tyranny of “shut up” because he cannot trust his ideas or arguments to hold up under debate. Rather than subject himself to a debate he knows he cannot win, he declares himself “offended” and usually demands future silence on the issue and a public “apology” (also tiresome!) that is meant to warn-off others from attempting to address it.

I used to call this ‘The “I’m Offended” Game,” and I’ve seen it played — often when the interlocutor is flustered and cannot muster a more rationally compelling response — in countless academic conversations over the course of my fifteen years of undergraduate and graduate education.  The conversation is rolling along, point-counterpoint, point-counterpoint, in a roughly linear and logical manner, until someone decides to grasp the snitch and win the whole game in one fell swoop.

“As a woman, I’m offended you would say that.”  Translation: you are a misogynist who would gladly impose a brutal patriarchy if you could.  Game over.

“As a 1/64th Native American, I find that notion offensive.”  Translation: you stand on the side of the white colonialists and cultural imperialists, who by the way gave the Native Americans blankets infected with disease.  Game over.

“As a Christian/Buddhist/Atheist, I’m offended at your comment.”  Translation: you are hateful and ignorant of any religion apart from your own, and if you do not apologize then I am going to take my complaint to the Dean.  Game over.

There is a near-term effect to this kind of maneuver, and a long-term effect.  In the near term, the flow of the conversation ends.  Any consideration of logic or evidence is thrown out the window.  What you have said may or may not be factually wrong, but it is certainly morally wrong, or at the very least politically wrong, and you must apologize.  Even if you are not wrong, you are in the wrong, and your interlocutor bears no responsibility to dignify your offensive comment with a reply.  Also in the near term, you may find that you have to defend yourself to the professor or to the head of the department or to the Dean of the school,

I must be giving the impression that I was a veritable flame-thrower in class discussions.  That’s not really so.  I relished intellectual combat when I was a teenager, but I quickly lost my taste for it when our philosophical differences became deep wedges dividing me from several people close to me.  After that, I did not disagree with people in discussions because I enjoyed disagreement; I disagreed because I felt the truth (at least, the truth as well as I could understand it) was being misrepresented and maligned.  I am old fashioned: I do, quite honestly, I feel a burning passion to defend the truth.  I hate the thought of upsetting people.  I really do.  And yet I feel compelled to enter into some of the most controversial topics known to humankind because I care about the truth and I care that people should find the truth.

While my doctorate came through the Graduate School of Arts and Sciences at Harvard, I took many courses at the Divinity School.  I remember one in particular where a young woman, a Th.D. student with whom I had many disagreements (she was nominally Christian, but extremely liberal and militantly feminist), mentioned her disgust and outrage at missionaries to the Native American tribes.  I made the point — and I swear it was this mildly put — that not all Christian missionaries had completely evil motives.  She was so appalled that she sat in stunned disbelief for a few moments, and once she had regained the power of speech she explained that she was offended.  That effectively ended the conversation.  The rest of the conversation centered on her offense and her troubled attempt to patch together some psychical well-being after my (apparently) blazingly offensive comment.  I refused to apologize, except to say, “I did not mean to cause you offense, but this seems like a pretty minimal and unobjectionable claim.  Surely there were some missionaries who at least had some good motives.”

I came to the professor’s next office hour and sat outside to wait my turn — and heard through the open doorway that it was the same student inside with the professor, complaining about the damage that my comment had done to her soul.  How could I defend the evil institution of Christian missionaries?  When she left, she blanched at the site of me outside the office and walked away swiftly.  The next time I saw her, I actually did apologize for offending her, but this clearly did not satisfy her.  She was going to be offended until I agreed with her in full.  I immediately hated myself for apologizing for speaking the truth — and it made clear to me that there would be no satisfying this kind of person.  Give her an inch, and she’ll demand a mile.

The long-term consequence is far worse.  While it’s helpful to be aware of the objections of your critics and detractors, it’s not helpful to be paralyzed by them.  But the classroom became a place that was littered with landmines, a place where you could not speak freely for fear of reaping the whirlwind.  Our social (and national) conversation erodes as we cannot speak clearly to one another, as we exchange sentiment and anger for evidence and argumentation, or — worse — as we hide our beliefs from one another and seal ourselves into hermetic chambers of isolated news and opinion.  This is rarely appreciated.  There are many causes for the balkanization of our political culture — but political correctness takes a huge share of the blame.  We withdraw into our own worlds where we all believe alike and do not offend one another — and soon thereafter we cannot understand one another either, like tribesmen separated by mountain ranges whose languages develop in seclusion until, when the tribes reestablish contact, they cannot understand one another.

And it’s not merely external.  We internalize the lengthy list of questions we cannot ask and things we cannot say.  Our thoughts become armed against us, and we’re no longer free to think clearly and critically and without inhibition.

“I’m offended.”  It’s a dangerous game to play.  In the short term you gain a specious “win.”  In the long term, you erode the bonds that hold us together.  Thanks for that. 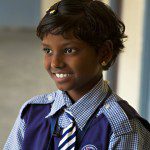