Paterno and Sandusky: Why Do We Care Less About the Rape of Boys and Men?

[WELCOME Instapundit readers (and thanks to the man himself). Please consider subscribing or following the social networks in the sidebar.]

Ed Stetzer asks what churches and their leadership can learn from the Jerry Sandusky story, in light of Louis Freeh’s report that excoriates former (and legendary) Penn State coach Joe Paterno as well as other top university officials for doing so little to uncover the facts of Sandusky’s deeds, so little to properly inform authorities, and so little to protect the boys who suffered from Sandusky’s perversion.

…the fact that this stain will be forever be connected with Paterno’s legacy may, in fact, lead to the protection of future generations. People will remember, be more likely to report, and perhaps more children will be protected. If future “people in power” will remember what Paterno’s inaction cost him and others, maybe they will be less likely to ignore the cry of an innocent victim.

As best we can tell, Coach Paterno was a great coach and leader who made a big mistake that allowed immeasurable harm. Yet, part of Coach Paterno’s legacy may well be to remind people to protect children in a way he did not.

Stetzer is a church analyst of the first degree, and I hope he’s right.  He recommends (1) every church conduct thorough vetting of employees who will work with children, (2) every church develop a security policy that explains how to deal with accusations of abuse (a 2008 LifeWay survey found that four percent of churches report dealing with an abuse allegation), and (3) do not attempt to deal with this sort of thing internally at first, as a way of limiting the fallout.  Abuse is a crime and needs to involve the police.

There’s another question the whole sordid saga raises, however, and it’s this: Why are people more inclined to turn a blind eye when the victim of rape is male?

I have to confess I don’t have data to back this up, which always makes me a bit uncomfortable.  Tell me if you disagree.  But I think most of us, if we consult our own experiences and impressions, will agree that our society treats the rape of boys or men much more leniently than it does the rape of girls or women.  During the OJ Simpson trial, I hear that OJ would “go into prison as a tight end and come out as a wide receiver.”  Lots of people — myself included, I confess — laughed at the joke.  Make a joke about raping a woman and you will be rightly excoriated.  Make a joke about a man being raped and it’s all hardy-har.

That changed for me when I served as a chaplain at a max-security prison in Trenton, New Jersey, first as a part of my masters-degree internship and then as a volunteer for three years.  I came to know and love many of the brothers in those walls.  Prisoner rape is a persistent problem, and I had no reason to believe that the prison where I served was an exception.  If your friend or brother, husband or father was taken to a county jail or a state penitentiary, innocently or not, would you find “don’t drop the soap” jokes funny anymore?

When it comes to boys, we certainly react with less alarm in cases of statutory rape, where a teacher (for instance) has sex with a male student.  If the teacher is a woman, the boy may well be congratulated by his friends for seducing a more experienced woman.  We assume different power dynamics.  When it comes to sexuality, we’re used to thinking of boys as the aggressors, or we assume they have the physical power to escape if they wish.  With girls, we feel a certain purity is lost.  With boys, we may not posit any purity to be lost in the first place.

What do you think?  Would Paterno and Penn State have done more to stop Sandusky if his victims were girls instead of boys?

I know this is a discomforting question, but it needs to be asked.  And regardless of the answer in this specific case, people of good will can make clear that jokes concerning the rape of boys or men are never funny, and pressuring boys into sexual acts is no less evil than pressuring girls, and no less deserving of a swift, decisive, thoroughgoing response. 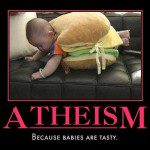