Can America be Good Without God?

Maybe individuals can be “good without God” — but can entire societies? This is one of the burning questions undergirding Os Guinness’  A Free People’s Suicide: Sustainable Freedom and the American Future. Guinness, in the tradition of Alexis de Tocqueville, is a foreign-born observer of American culture and admirer of the audacity of the American experiment.  A Free People’s Suicide examines American society and its slow and disastrous drift away from its historic moorings. The following is the second (see the first) in a series of posts that feature and reflect on an interview with Dr. Guinness.

The Framers would disagree, at least when you speak of a society and not merely an individual. The Framers were very clear that every person, including every atheist, should be given freedom of conscience. But they were less sanguine about a society of atheists. John Adams comes very close to predicting postmodernism, without using the word. He describes a society that has no sense of any father to the universe, and no sense of an ultimate meaning, and he thinks such a society would bring itself down.

Put it another way: if you ask what will give you strong virtue, what is the inspiration for virtue, the content and the sanction of virtue, it’s quite clear that the strongest versions all come from some faith or another — not from atheism. We’re reaping the consequences of rejecting the realism of the Framers’ answer.

I personally think that the role that the Framers saw religion supplying is not being carried out by any religious community today. In other words, you have a crisis of authority in the church itself. That’s another part of the argument in the book. It’s not the business of government, but we do have a profound crisis in the church where Christians are not doing the job the Framers thought needed doing.

Come back tomorrow for the remainder of the interview with Dr. Guinness. See part one of the series for more biographical information. 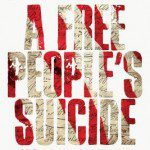 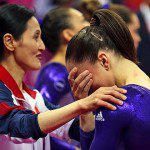