Bethlehem Was Not the Beginning: An Interview with Frank Viola

One of the pleasures of my role at Patheos is getting to know our excellent bloggers, many of whom are book authors as well. We recently added Frank Viola, and Frank’s Jesus: A Theography (coauthored with Leonard Sweet) is really making waves. It received a coveted starred review in Publishers Weekly. Rick Warren made it a featured book in his Pastor’s Toolbox and recently Derwin Gray, pastor of Transformations Church, tweeted: “Jesus: A Theograpy is the BEST book, besides the Bible, I’ve read about Jesus. Get it.”

Viola and Sweet collaborated on Jesus Manifesto in 2010. Their new book tells the greater story of Christ (or perhaps more appropriately, of the Son): the Word existed before there was time, spoke all things into being, permeates all things, came to dwell among us two thousand years ago, taught and healed, suffered and died and was raised, and has ascended to live again with the Father and prepare a place for us. Interested readers can get a free copy of Frank’s next book by going here, and they can learn more about Jesus: A Theography here. 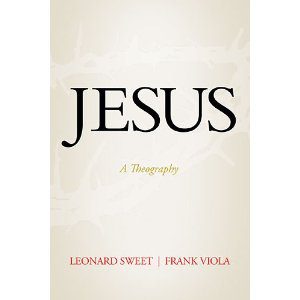 How is this book different from other biographies of Jesus?

In Jesus: A Theography, Len and I seek to bridge the gap between what the best theologians have taught us about Jesus and what the best New Testament scholars have taught us, merging the best insights from each and turning them into a right-brained story with a huge number of left-brained endnotes showing our sources and giving detailed explanations for our points.

Also, the book begins the story of Jesus, not in Bethlehem, but before time. Interestingly, there is a great deal in the Bible about what God in Christ did before creation and we sketch that out in detail in the book. It connects most of the dots from the OT to the NT on Jesus. His story appears all throughout the OT, from Genesis to Malachi, and it is replayed in the NT. It’s written for the average reader (in the text) as well as for scholars and theologians (in the endnotes). Finally, it contains pages of quotations, from Justin Martyr to N.T. Wright, all saying the same thing: that Jesus is the main subject of the entire Bible, from Genesis to Revelation.

I like how Len put it in a different interview: “A story told often is not always a story told true, or well. Herbert Butterfield, the British historian and philosopher of history, concluded his book Christianity and History (1979) with words that have haunted me ever since I first read them: ‘Hold to Christ and for the rest be totally uncommitted.’ Frank and I are writing books together that focus with laser-intensity on Christ, not on ‘the rest,’ which constantly tangles the thread of the story. Whether we’ve succeeded in that mandate to ‘hold to Christ’ the reader will have to decide.”

Talk about the Christocentric hermeneutic. what is it and why is it important?

There are over 30,000 Protestant denominations on the planet today. One of the reasons for the divisions is because there are so many different hermeneutics (methods of interpretation) that we Christians use when we read the biblical text.

I believe that the NT contains its own hermeneutic for interpreting the Scriptures. For instance, if we look carefully at how the NT authors use the OT, we find something fascinating. Most all of them quote the same texts from the OT and they interpret those texts the exact same way. And they do this all independent of one another. This indicates that each NT author was using a common source…someone who taught them how to interpret the OT in the way that they did.

It is reasonable to conclude that that common source was Jesus Himself. Luke tells us that after Jesus rose again from the dead, He met with His disciples and “opened their understanding,” revealing Himself out of the three parts of the OT: the Law (represented by Moses), the prophets, and the Writings (represented by the Psalms). Jesus also said “all Scripture points to me.”

I believe Jesus gave His disciples the hermeneutic by which to interpret the holy Scriptures. In turn, they passed that hermeneutic on to Luke, Paul, Mark, and the other writers of the NT. This explains why the NT authors all independently understood the OT in the exact same way. We go into this argument in detail in the book and give examples. In short, in my experience, interpreting the Scriptures the way the first Christian did – Christologically – revolutionizes our understanding of the Bible. It also safeguards us from falling off the horse of subjective allegorizing on the one hand and missing Jesus in the text on the other. Readers can check out an excerpt where I develop this argument in a blog post entitled Reading the Bible in 3D.

Jesus was human (as well as divine). As a human, He dreamed, had emotions as well as an active imagination. I have no idea what Jesus dreamed about. But if I had to guess, His dreams were probably similar to most humans during REM sleep without the fallen parts: Bits and pieces out of the day, godly desires, and no doubt the Father spoke to Him via dreams from time to time. However, we get a window into His imagination by His stories, His humor, and the metaphors He often used. We have an entire section in the book analyzing His method of teaching, which was unique to most Jewish rabbis of His day. Jesus also had a keen sense of humor that we often miss because we don’t understand first-century culture and language.

We also do some historical reconstruction of His early life based on first-century sources and the Gospels in their original languages and how His early life seemed to shape His imagination. For instance, Jesus often drew metaphors from nature and from being an artisan. In addition, we present the argument that Jesus regarded the OT as a mirror through which He understood His own identity. He saw Himself as the new Moses, the new Jacob, the new David, the new Solomon, etc. We try to connect all of these dots from the Gospels to the OT to the Epistles. The portrait is no less than stunning.

Come back tomorrow for Part Two of the interview.

December 10, 2012
Breakfast Links for 12/10/12 - Suicide and the Code of Silence; Neither Gods nor Dogs; Dismissing Resentment
Next Post 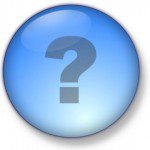