Question of the Week: Can We Really “Get the Government Out of the Marriage Business”?

Question of the Week: Can We Really “Get the Government Out of the Marriage Business”? December 10, 2012 Timothy Dalrymple

Tell me if you’ve heard this one before.  A conversation is taking place on same-sex marriage.  One side is for it.  American law, they say, should not effectively sanction the traditional Christian view of marriage and reject other visions of marriage, including gay marriage.  The other side is against.  Heterosexual marriage is not merely a Christian concept, they say, but the foundation of western civilization and the further degradation of the marriage structure only invites continued social decay.  Besides, they say, if we legalize same-sex marriage, then it will not be long before churches or at least chaplains and faith-based enterprises in the wedding business will be forced to perform or service ceremonies that violate their conscience.

Wait a minute! someone shouts.  This whole problem arises in the first place because of an unholy entanglement of church and state.  Why is it that the church, which otherwise has very little to do with government authority, accepts a kind of limited partnership with the state in defining who is married and who, therefore, should receive the legal benefits marriage confers?  Why don’t we separate the sacred ceremony, which declares who is married in the sight of the church, from the state ceremony, which adjudicates who is joined in civil partnerships for the purposes of taxation, health care and so forth?

It’s an appealing vision.  Those couples who merely want to be joined in the eyes of the state, and receive the benefits thereof, can have civil ceremonies.  Those who also want to be joined in the eyes of their church can seek a church that will conduct the sacred ceremony.  State benefits will flow from the civil ceremony and church benefits (for those churches that provide special consideration for married men and women) will flow from the sacred ceremony.  Then, the theory goes, the state could honor same-sex unions (or “marriages” — I’m sure there would be a fight over the terminology) while the churches committed to a traditional definition of marriage can continue to honor male-female unions only.

I didn’t post a new Question of the Week last Monday because we were still discussing whether evangelicals should continue supporting a legal definition of marriage that only honors heterosexual unions.  This week I want to push on this particular question: Would it really make sense to “get the government out of the marriage business”?  Or, perhaps better put: Should the church and the state separate the sacred from the civil ceremony?  Is this realistic?  Does this provide relief on the question of same-sex marriage? 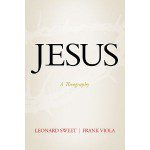 December 10, 2012
Bethlehem Was Not the Beginning: An Interview with Frank Viola
Next Post

December 11, 2012 Breakfast Links for 12/11/12 - Sex and Control; What Ticks Jesus Off; Googling God
Recent Comments
25 Comments | Leave a Comment
Browse Our Archives
get the latest from
Evangelical
Sign up for our newsletter
POPULAR AT PATHEOS Evangelical
1

On Not Throwing the Baby Out...
Roger E. Olson
Related posts from Philosophical Fragments