The Triumph of Alvin Plantinga

One of the more memorable evenings of my Harvard years came when I received a rather panicked call from an administrator for the Committee on the Study of Religion. “Would you be able to pick up a speaker from the airport?” she asked. Of course, I said. Who’s the speaker? “A guy named Alvin Plantinga.” They needed someone to pick him up, and I was the first evangelical doctoral student who came to mind. I had read several of his books, so I grabbed a few Plantinga fans, brought along my wife, and we gave him a warm welcome. In return he invited us to enjoy his per diem with a dinner at the Harvard Faculty Club. We got a great meal, a great conversation, and a great story to tell. He was a nice guy and a great conversationalist.

I’m grateful to my friend David Theroux for allowing me to republish this from The Independent Institute. It’s a great overview (with lots of helpful links) of Plantinga’s work and why it’s so important. If you have the sense that the arguments of the New Atheists have been carrying the day, you’re wrong. Dr Plantinga has led the way in a quiet revolution in analytic philosophical circles, and it’s a crime so few evangelicals know about it.

The world-renowned philosopher Alvin C. Plantinga has recently received the prestigious Nicholas Rescher Prize for Contributions to Systematic Philosophy, awarded by the University of Pittsburgh’s Departments of Philosophy, History, and Philosophy of Science, and the Center for the History and Philosophy of Science. Plantinga is widely known for his work in the philosophy of religion, epistemology, metaphysics and Christian apologetics, and he has revolutionized scholarly interest in Christian theism, shown naturalism/atheism to be self-refuting and incoherent, and set the new standards for the defense of free will, individual agency, consciousness, rational inference, science, objective truth and morality, and more. As a result, Plantinga has both directly influenced the entire field of philosophy and has mentored and inspired new generations of top scholars who are critiquing the reductionism, relativism, materialism, collectivism, scientism, positivism, determinism, and de-humanization of the modern era. In short, Plantinga has devastated the prevailing view in Western elites that human beings are merely “matter in motion” (i.e., purposeless, accidental, robotic products of a closed, natural world ruled solely by physical laws and that truth, reason, morality, and God are illusions).

Plantinga is the inaugural holder of the Jellema Chair in Philosophy at Calvin College, the John A. O’Brien Professor of Philosophy Emeritus at the University of Notre Dame, and a member of the Board of Advisors for the Center on Culture and Civil Society at the Independent Institute. He received his Ph.D. in philosophy from Yale University, he has served as President of the American Philosophical Association (Western Division) and Society of Christian Philosophers, and he has delivered the Gifford Lectures in Scotland three times.

Plantinga’s work is of immense importance to all thinking in epistemology, ethics and economics, especially regarding individual action, entrepreneurship, free markets, civic virtue, and the rule of law. Plantinga has shown that those scholars who attempt to ground reality in naturalism are not just pursuing a futile quest leading to determinism and nihilism but are embracing views that defeat their very intellectual enterprise, including science itself. Unfortunately, many superb classical liberal and libertarian scholars remain unaware of Plantinga’s work and are oblivious of the profound weaknesses in their naturalistic assumptions. In this regard, I authored an earlier, preliminary paper, “Economic Science and the Poverty of Naturalism,” that discusses this dilemma and the crucial value of the critiques of metaphysical naturalism by both C.S. Lewis and Plantinga, especially as this is relevant to the corpus of economic reasoning in the Austrian School, Public Choice and other traditions within what Peter Boettke describes as “mainline economics” in his new Independent Institute book, Living Economics.

For example, Plantinga’s “evolutionary argument against naturalism” brilliantly argues that if evolution is true, it is an epistemic defeater for naturalism, leaving naturalism in ruin. The influential philosopher Thomas Nagel agrees and utilizes Plantinga’s work in his recent book Mind and Cosmos: Why the Materialist Neo-Darwinian Conception of Nature Is Almost Certainly False (Oxford University Press). Nagel also recently and favorably reviewedPlantinga’s newest book, Where the Conflict Really Lies: Science, Religion, and Naturalism (Oxford University Press), in the New York Review of Books.

Similarly, Plantinga developed the “Modal Ontological Argument” for the existence of God, drawing on the work of St. Anselm of Canterbury in the 11th century but correcting the argument using modal logic in a more rigorous, formal, and irrefutable way. Here is a video discussion of Plantinga’s Modal Ontological Argument and a furthervideo that refutes objections. Here, here and here are videos that further discuss the argument.

In his book God, Freedom, and Evil (William B. Eerdmans Publishing Co.), Plantinga’s essay “The Free Will Defense,” with its implicit libertarianism, is accepted today by most philosophers who have come to see the “problem of evil” as having been sufficiently rebutted and showing that free will is necessarily true. Here is a video discussing Plantinga’s argument.

In the following, pioneering trilogy of books, Plantinga has famously argued that “warrant” (something held to be true) cannot exist in naturalistic epistemology and that for all warrant, theism must be true:

Other key books of Plantinga’s work include the following:

The Rescher Prize is named after the distinguished philosopher Nicholas Rescher, University Professor of Philosophy and former Director of the Center for Philosophy of Science at the University of Pittsburgh. Rescher is a member of the Board of Advisors for both the Independent Institute’s Center on Culture and Civil Society and quarterly journal, The Independent Review, and he authored the foreword to the Institute’s book by Tibor Machan, Private Rights, Public Illusions. Rescher is founder of the highly influential journal, American Philosophical Quarterly, and he is former President of the American Philosophical Association, American Catholic Philosophy Association, American G. W. Leibniz Society, C. S. Peirce Society, and American Metaphysical Society.

Here are some of the videos of Plantinga from the PBS series, “Closer to Truth: Cosmos, Consciousness, God”: 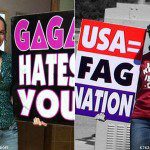 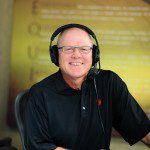