Guest Post: Books to Help You Survive College with Your Faith Intact

I’m pleased at last to present the final installment of this series on remaining faithful in your college years, from two Christian academics and philosophers I greatly respect, Douglas Groothuis and Sarah Geis. As with all guest posters, their opinions (and book recommendations in this case) are their own, and the title is mine. I’d encourage you to leave your own book recommendations in the comments. 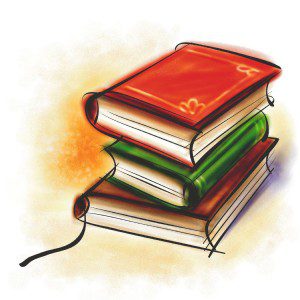 By Douglas Groothuis and Sarah Geis

In the first two parts of this series, we discussed twelve principles for wise Christian engagement in college. Many of these principles advised that you study and read books that will sharpen your mind and embolden your spirit. In this final installment, we have broken our recommended resources into what we hope are helpful categories. If you read on, you will find books under the headings of “The Christian Mind,” “Philosophy and Apologetics,” “Christianity and Culture,” “Biblical Studies and Theology,” “Other Religions,” and “Intelligent Design and Evolution.” As further resources, we have also recommended some excellent DVDs and websites. It is our hope that you will use this annotated bibliography to help increase your knowledge, bolster your faith, and prepare you to confidently go forth into the world proclaiming the Truth in love (Eph. 4:15).

Köstenberger, Andreas. Excellence: The Character of God and the Pursuit of Scholarly Virtue. Wheaton, IL: Crossway, 2011. Goes into clear, insightful, wise detail about how to develop into a virtuous Christian scholar.

Moreland, J.P. Love Your God With All Your Mind: The Role of Reason in the Life of the Soul. 2nd ed. Colorado Springs, CO: NavPress, 2012. Perhaps the best book of its kind, it defends the requirement for Christians to develop their minds for the cause of Christ.

Schall, James. The Life of the Mind: On the Joys and Travails of Thinking. Wilmington, DE: Intercollegiate Studies Institute, 2008.

Blomberg, Craig. The Historical Reliability of the Gospels. Leicester, Eng: InterVarsity Press, 1987. A top-notch defense of the Gospels as trustworthy.

_____. On Jesus. Belmont, CA: Wadsworth, 2003. Considers Jesus life and teaching in philosophical terms. Argues that Jesus was a philosopher.

_____. Truth Decay: Defending Christianity Against the Challenges of Postmodernism. Downers Grove, IL: InterVarsity, 2000. Critiques the claims of postmodernism in light of reason and Scripture.

Kokul, Gregory. Tactics: A Game Plan for Discussing Your Christian Convictions. Grand Rapids, MI: Zondervan, 2009. This book is superb for developing a strategy for conversing with nonbelievers.

Pearcey, Nancy. Total Truth: Liberating Christianity from Its Cultural Captivity. Wheaton, IL: Crossway, 2005. This book is especially strong in the area of Christianity and science.

Sire, James. The Universe Next Door: A Basic Worldview Catalog, 5th ed. Downers Grove, IL: InterVarsity, 2009. Essential reading for all Christians in (and out of) college.

_____. The Intolerance of Tolerance. Grand Rapids, MI: Wm. B. Eerdmans, 2013. Carson takes on a much-abused and misunderstood motto of the secular world.

Groothuis, Douglas. The Soul in Cyberspace. Grand Rapids, MI: Baker Books, 1997. An early attempt to interpret the meaning of the Internet and related technologies.

Guinness, Os. A Time for Truth: Living Free in a World of Lies, Hype, and Spin. Grand Rapids, MI: Baker Books, 2000. An erudite but readable cry to a return to truth.

_____. God in the Dark: The Assurance of Faith Beyond a Shadow of Doubt. Wheaton, IL: Crossway Books, 1996. Doubt is something few Christians want to discuss, but Guinness wisely reasons through the issue in light of Scripture.

_____. Prophetic Untimeliness: A Challenge to the Idol of Relevance. Grand Rapids, MI: Baker Books, 2005. On being a prophetic presence in culture.

Postman, Neil. Amusing Ourselves to Death: Public Discourse in the Age of Show Business. New York: Penguin Books, 1986. The best critique of TV ever written, and it still applies today to technologies beyond TV such as the internet. If you want to improve the way you study and think about culture, you must read this book.

Wells, David. The Courage to be Protestant: Truth-Lovers, Marketers, and Emergents in the Postmodern World. Grand Rapids, MI: Wm. B. Eerdmans, 2008. An abridged version of an earlier trilogy, this book is a superbly written and brilliantly reasoned critique of postmodern, Western Christianity.

Bowman, Robert, and J. Ed Komoszewski. Putting Jesus in His Place: The Case for the Deity of Christ. Grand Rapids, MI: Kregel, 2007.

Carson, D.A. Exegetical Fallacies. Grand Rapids, MI: Baker Academic, 1996. A modern classic about how to logically reason when reading the Bible, although the principles apply far beyond that.

Fee, Gordon, and Douglas Stuart. How to Read the Bible for All it’s Worth. Grand Rapids, MI: Zondervan, 2003.

Hendricks, Howard G. Living By the Book: The Art and Science of Reading the Bible. Chicago, IL: Moody Publishers, 2007.

Köstenberger, Andreas, and Michael Kruger. The Heresy of Orthodoxy: How Contemporary Culture’s Fascination with Diversity Has Reshaped Our Understanding of Early Christianity. Wheaton, IL: Crossway, 2010. This book expertly challenges and refutes the popular theory that Christianity began with many different versions, and the most powerful version won and became “orthodoxy.”

5. Other Religions and Cults

Groothuis, Douglas. Are All Religions One? Downers Grove, IL: InterVarsity Press, 1996. Booklet. Makes the salient argument that all religions are not one.

Netland, Harold. Encountering Religious Pluralism: The Challenge to Christian Faith and Mission. Downers Grove, IL: InterVarsity Press, 2001. In a globalized world, we are surrounded by a cacophony of competing religions and ideas. This book helps to answer the challenge of pluralism (both the sociological fact and the philosophical position).

Meyer, Stephen. The Signature in the Cell: DNA and the Evidence for Intelligent Design. New York: HarperOne, 2009. More advanced reading, but well worth the effort.

Strobel, Lee. The Case for a Creator: A Journalist Investigates Scientific Evidence That Points Toward God. Grand Rapids, MI: Zondervan, 2005. A good introduction to the subject.

Wells, Jonathan. The Icons of Evolution: Science or Myth? Why Much of What We Teach About Evolution Is Wrong. Washington, DC: Regnery, 2002.

Expelled, DVD. Directed by Nathan Frankowski. BC, Canada: Premise, 2008. Demonstrates that critics of Darwinism are often discriminated against.

Bible.Org. www.Bible.org. This is the home of the New English Translation of the  Bible, but also contains a vast array of helpful theology and biblical studies articles.

Denver Journal. http://www.denverseminary.edu/resources/the-denver-journal. This is the book review journal of Denver Seminary. You will find many reviews of books on philosophy and apologetics in the “Apologetics and Ethics” section. 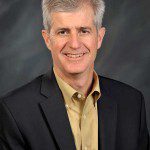 August 8, 2013
The Economics - and Faith - of Supporting Immigration Reform
Next Post

August 9, 2013 No, Evangelicals Are Not United on Immigration Reform
Recent Comments
7 Comments | Leave a Comment
Browse Our Archives
Related posts from Philosophical Fragments