No, Evangelicals Are Not United on Immigration Reform

The Rev. Michael Wilker — who hosted 300 evangelical leaders at his Church of the Reformation, very close to the capitol in Washington DC, for an Evangelical Immigration Table Day of Action — published an op ed in the Washington Post where he reiterated these words from the gathering:

“We are announcing the Gospel that welcomes the stranger and we will denounce those that block immigration reform.”

I’ve not taken a position on the current immigration reform efforts, but an honest observer on either side of the issue has to admit that’s a nifty manipulation of religious language, a deft slide from the Gospel of Jesus Christ to a denunciation of those who raise questions about a specific legislative effort.  I don’t know who spoke those words, and it’s been difficult throughout this entire evangelical immigration reform campaign to tell the difference between the Evangelical Immigration Table and the way it’s spun and promoted in liberal media.  But Rev. Wilker goes on to write: “Christians — evangelicals, Roman Catholics and mainline — are united and urgently calling for immigration reform that preserves families from detentions, deportations, and other forms of separation.  We stand together, with our allies of many faiths, for reform that includes a roadmap to earned citizenship for 11 million aspiring new Americans.”

And yet…well, Christians aren’t exactly united on this, are they?  Or at least, if they’re united in their shared conviction that all immigrants are created in the image of God and deserving of compassion and justice, they’re not united on what exactly this means legally and legislatively.  I personally would like to see “a roadmap to earned citizenship,” but I’m not sure categorically “denouncing” those who feel differently is right.

In any case, Michael Patrick Leahy wrote about this at Breitbart and invited other evangelicals to respond.  I’ve been publishing a series of essays (the latest one here) from the Evangelical Immigration Table, and I too invited other opinions.  Well, Kelly Monroe Kullberg, founder of the Veritas Forum, author of the bestselling Finding God at Harvard, and acting president of Christians for a Sustainable Economy, has been quite vocal in her criticism of the EIT.  She shared an email I am posting below.  As always, guest posters’ opinions are their own (I differ from Kelly on some points), and bear in mind that I am posting this alongside no fewer than three essays supporting the immigration reform effort. 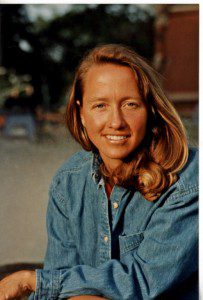 Christians agree on the call to love, but at times they disagree on the nature and implications of love and kindness.  God invites all of us to be citizens in his kingdom wherever we happen to find ourselves on this curious blue planet.  But he also places us in families, tribes and nations, and gives us biblical wisdom about shaping a thriving culture.  Like gardening, growing a culture requires discernment and vision.

Nowhere in Scripture do we see blanket asylum, blanket amnesty, or blanket immigration.  Rather, when we take into account the full counsel of scripture, and not merely convenient selections, what we find are both welcome and walls.  The people of God extend welcome to a well-meaning Ruth or Rahab (the sojourner, or ger in Hebrew, is something like a convert, someone who comes lawfully, as blessing) — but the scriptures also show Nehemiah leading his nation in the building of walls to cultivate the good and to set themselves apart from the ways of the “foreigner” (the nekhar or zar) who does not respect the laws, customs and values of the country visited.  Any culture is unwise to embrace incompatible values, as economist Thomas Sowell often reminds us in his writings, and yet sections in this bill will ease asylum even for America’s enemies (see Sections 3401, 3502, 3504 for example).  Yes, we should care for the stranger, but we should also care for those who are struggling and suffering in our midst already, and for the enduring sustainability of our economy and our culture if it is going to continue to be a force for good.

But the point here is not merely that the “Gang of Eight” immigration bill does not reflect balanced biblical teaching (for more, see our EBI letter here).  The point is that the behavior and tactics of the “evangelical leaders” who have promoted the Evangelical Immigration Table as a united evangelical front in favor of the current immigration reform effort has been deceptive and manipulative.  If I’m wrong, I’ll be the first to throw a party.

This Spring, I was one of the “evangelical leaders” who received a message from Carl Ruby of the National Immigration Forum (NIF).  It invited us to click one button to endorse a set of principles.  The principles were simple, such as God’s love for all people, including immigrants.  Yes, of course God loves all people.  I agreed with most of the principles, but I was skeptical of the process.  A healthy dose of skepticism seems wise in this case, since atheist globalist and open border advocate George Soros (of the Open Society Institute) is the largest donor to the NIF, and the NIF for years has spun out amnesty and open border projects.  I knew too that Soros has funded longstanding efforts through Jim Wallis and Sojourners to engage in “messaging and mobilizing” around issues like immigration reform, and I had observed that Wallis (not coincidentally) helps Carl Ruby and others campaign for immigration reform through poaching Bible verses and presenting a partial view of the whole counsel of Scripture.

So I wasn’t surprised when, on May 2nd, an ad hoc group called the Evangelical Immigration Table (EIT) sent a letter to Congress falsely representing the “170 evangelical leaders” who had clicked a button endorsing a set of general principles as though they endorsed the 1000-plus page Gang of Eight bill (S. 744).  In context, it was abundantly clear that the letter was intended to boost the passage of S. 744, even though the “170 evangelical leaders” had agreed to no such thing.

So I asked a few friends who were listed among the 170 whether they knew that they had been enlisted in endorsing a bill.  No, they said, we had no idea.  Have you read the bill?  What bill? some asked.  Did you know that George Soros stood behind the NIF, which stands behind the EIT?  No, no one told us that.  Did you know that sections of the bill make asylum easier for people like the Boston Marathon bombers?  No, we didn’t know that.  Have you seen the 30-year net economic projections on what this bill would imply for American economic sustainability?  No.

You get the drift.  Eric Metaxas, author of the great Bonhoeffer biography, was one of the leaders to visibly part from the EIT.

And now those of us who question the bill and question the tactics with which it has been advanced are being denounced.  It would be comical if it were not so tragic.  I wonder if rebuke belongs more to those who design such a campaign in the name of God.

Perhaps this could be a soul-searching moment to those who align with the likes of Soros without studying his tactics and his goals.  It’s good to take a stand for what’s on God’s heart and mind, but we must do so with discernment.  We cannot allow our names to be used without asking questions about the men behind the curtain.  Soros and his allies have an interest in border and culture manipulation — not in the Bible, American sustainability, or the Church.  For decades, Soros’s team has weakened Judeo-Christian cultures by funding anti-Christian policies such as pansexuality, abortion, and the legalization of prostitution and drugs.  They were among the first funders of Obama’s campaigns for Senate and President, and they fund ACORN, Al Franken, Van Jones, the Center for American Progress (Obama’s policy tank), La Raza, and many efforts to weaken borders and escalate debt.  Soros profits from chaos.  Perhaps we should pay attention?

I would suggest that the EIT signers take their names off the EIT website until they’ve considered the whole counsel of Scripture and read the 1,200-page “Gang of Eight” bill, which is full of ambiguities and problems as well as some good ideas like securing borders.  (Of course this won’t happen because few have the time to read this, or to circle back to the EIT.  All we were asked to do was to click one button).

With the full weight of Obamacare falling upon us soon, the last assault that beleaguered Americans need is another massive, mysterious tome of legislation that we have “to pass in order to know what’s in it.”  God loves us all, and the Bible does not teach such folly, such unkindness.  This is a time for extreme wakefulness, wisdom and leadership. 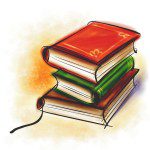 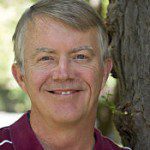