The pro-life movement: it’s about more than abortion. 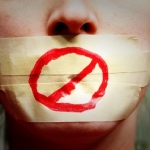 This week, pro-lifers around the U.S. are commemorating the anniversary of Roe and Doe with various forms of peaceful demonstrations. In some ways we’re better off than in other parts of the world where abortion is not even a legitimate discussion.

But we’re still unable, for the most part, to have a rational conversation about a controversial topic. And this is largely what freedom of speech is about – being able to speak freely on all matters, including those of conscience, as I wrote in mycolumn this week.

After a conversation with a friend in the UK who’s beensuspended from her job for sharing a pamphlet on post-abortion effects with a colleague, I realized that the abortion issue is secondary insofar as there’s a more primary concern if we can’t speak about it. Then, we can’t function as a democracy.

And what does that say about democracy building in other parts of the world when we ourselves are failing in an essential aspect of democracy?

December 21, 2010
The First Advent: Preparing to be Parents
Next Post

January 21, 2011 One love. One blood. One life.
Recent Comments
0 | Leave a Comment
"This says it"
bobic Don’t Make The Church A Stepford ..."
"Thank you for always going above and beyond to ensure the success of a project."
Daniel Mike Is James Foley A Martyr? 16 ..."
"We have entered the "age to come" foretold by Jesus in Mark 10:30, the Glorious ..."
Edward Palamar The Real Problem(s) With NFP
"We have entered into the "age to come" foretold by Jesus in Mark 10:30.http://risen-from-the-dead...."
Edward Palamar Moving Forward: Muslims And Jews Show ..."
Browse Our Archives
get the latest from
Catholic
Sign up for our newsletter
POPULAR AT PATHEOS Catholic
1