The Real Problem(s) With NFP

Yesterday, fellow blogger Greg Popcak posted a provocative piece, “There’s No Such Thing As NFP.” As a philosopher, I might quibble with some of his terminology. But I think he’s spot on:

NFP is simply information that allows couples to communicate and pray about how marital intimacy can help them grow in holiness and receptivity to God’s will.

For quite some time, I’ve been making the case that NFP is pedagogical. In fact, I wrote about this in response to the responses of a piece by Simcha Fisher a few years ago. “Catholics Who Use Contraception Aren’t The Only Cafeteria Catholics“:

Archbishop Karol Wojtyla (the man who became Pope John Paul II) explained that people who say NFP doesn’t work are people who don’t know how to use it. The overwhelming majority of cases where people insist that NFP “didn’t work” are cases in which the couple failed to use the method to avoid a pregnancy. In other words, they used it at a time when the wife was fertile and the method, which is more properly called fertility awareness, worked; they simply chose not to abstain or not to observe accurately. NFP is only a method of observation. A couple has a choice as to whether or not to utilize the wife’s fertile period.

NFP, when a couple learns it together, provides a much needed basis for learning how to communicate about vulnerable and deeply private/sensitive topics. What happens in some cases, unfortunately, is that the wife learns and implements it by herself and then her husband sees her as the gatekeeper. She’s keeping him from having sex. If it weren’t for that d****d NFP, they’d be having sex, right? (I remain convinced that many couples who use fertility monitoring devices are in fact looking for a referee in the bedroom. It’s no longer the wife who’s saying that she’s fertile and that it’s not a good time to conceive a child – she’s worn out with that pressure and responsibility which properly belongs to both of them together; it’s now this device that becomes the arbitrator in the bedroom. I’m not opposed to such devices, but I do think it’s important to look at how and why they are used.) This suggests that the couple has deeper issues than NFP. They need to learn how to communicate with each other, how to listen to and hear each other. That can be difficult work and, unfortunately, the Catholic community doesn’t offer a whole lot of resources for this. But the issue isn’t NFP and it isn’t even whether or not the couple should have another child. At issue is the state of the marriage. 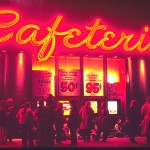 Catholic
Catholics Who Use Contraception Aren't The Only Cafeteria...
Pia de Solenni