This is a review for the work by the late Michael Howard. I purchased a copy of this book from Three Hands Press, publishers of fine editions of occult writing. There are few works available on the origins of traditional witchcraft, and the early days of the tradition itself. Howard details the very beginnings of modern traditional witchcraft, and it’s rise to prominence in occult communities alongside the separate traditions of Gerald Gardner. In the infancy of modern witchcraft, a man named Roy Bowers, who would become Robert Cochrane the charismatic “Witch King”.

In each chapter, Howard details a specific grous that played a major role in the development of witchcraft practices in modern society. In the first chapter, he begins with a general intorduction to traditional witchcraft, defining it and explaining what sets it apart from other neo-pagan practices. In the second chapter, Howard focuses on the Clan of Tubal Cain founded by the late Robert Cochrane. He goes into great detail on how the organization was formed, and how these originally unrelated individuals began to cross paths and set the foundations for the modern witchcraft revival.

In addition to the historical data in the first few chapters, Howard also begins to shed light on practices that are unique to traditional witchcraft. Some of the unique topics that Howard focuses on are how other mystical groups such as the horse whisperers, blacksmiths, and plough men. The occult traditions of these groups influenced were influenced by the folklore of the time. In addition to certain practices explained, Howard also explains the various tools of different traditions and what makes them special.

The last couple of chapters were my favorite because they contain the most information on actual magical practic of the traditional groups. The chapter covering American Traditional witchcraft is very informative, and the chapter on Sabbatic witchcraft and its development over the years has some of the best information.

This book also contains an extensive glossary at the back. The glossary includes definitions and explanations for all of the concepts mentioned in regards to the history and practice of traditional witchcraft. Not only is this books beautifully bound, but it also has many color photographs as well.

I would recommend this book to any one interested in the history and practices of traditional witchcraft from its roots to its modern incarnation. 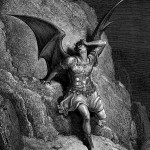 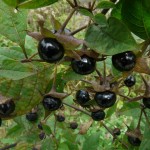 May 31, 2016 Walking the Poison Path
Recent Comments
0 | Leave a Comment
"AMAZING timing. (I have a situation...)Thank you!"
Kristin Sweeney A Malediction to Lilith: A Curse ..."
"This is excellent, thanks for giving a thorough examination of the historical philosophy, I often ..."
Tyler Brown The Fairy Lore and the Plant ..."
"Love spells or any type of black amgic ruins people's lives. It is wrong to ..."
Talal Zoabi The Fairy Lore and the Plant ..."
"I agree, poisonous plant and and playing around with any type of witchcraft. https://www.breakblackmagic..."
Talal Zoabi Solanaceae in the Garden of Shadow
Browse Our Archives
Follow Us!