Definitely not the ‘Hospitality State’

With the stroke of a pen on Tuesday, Gov. Phil Bryant proved Mississippi does not live up to its self-labeled slogan of the Hospitality State. When Bryant signed HB 1523 into law on Tuesday, he has solidified the perception that Mississippi is only hospitable to a certain group of people who believe a certain way.

The bill, known as the Protecting Freedom of Conscience from Government Discrimination Act, has been heralded by its proponents as a law to protect religious freedom in Mississippi by allowing people to exercise their religious beliefs without fear of persecution by state government. In actuality, the law legalizes discrimination of some people based on other people’s religious or moral beliefs on certain issues, including marriage being between one man and one woman, having premarital or extramarital sex, being divorced, being remarried, sex between two members of the same sex and transgender people in general.

Any business, state entity or nonprofit group can now legally refuse service to anyone they do not agree with when it comes to those issues.

While many in the state, including many legislators, probably fall into one of those categories, it is obvious who the bill was written to protect us from. It is also obvious who will see the bulk of the discrimination as a result of it being signed into law — the LGBT (Lesbian, Gay, Bi-sexual and Transgender) community.

I cannot remember a news story reporting a circuit clerk refusing to allow marriage licenses because a heterosexual couple had been sexually active before marriage. I also have not heard of any instances of any bakeries denying cakes to a divorced person who was set to remarry.

It is a lot easier to cast stones toward those who are different from us. As a straight, married guy, it would be easy for me to cast those same stones, but I happen to believe the stories that I read about Jesus — the ones where He reached out to the marginalized of His day; the ones where He asked His followers to not worry about the twig in someone else’s eye when they have a plank in their own.

The ideas promoted by this bill are damaging to people whom I care about greatly. Is it possible the lawmakers who wrote and supported this terrible piece of legislature have had zero experience with people in the LGBT community? I have family members who  would not feel welcome in our state now. I have friends who live here, but they feel like they are not wanted. It may be shocking to many in the heart of Mississippi, but I have several friends who are a part of the LGBT community and are some of the most dedicated Christ followers that I know. This law makes me angry, because all people deserve better than to be judged or discriminated against based on their sexual orientation.

Several lawmakers who voted for the bill have said they cannot force their own acceptance of those lifestyles on citizens of the state. I am sure that was also the case in the 1960s when many would not stand up for equal rights for African-Americans, but a brave few did. The same argument was probably made for slavery in Mississippi. I would dare say that our state would have continued that practice until today if the Union had not imposed its acceptance.

By the parameters laid out in the bill, the governor of Mississippi and the lawmakers who supported this legislation are now guilty of choosing a state-sponsored religion. The law in its most simple form states that if a person does not believe these things, that person and their religion is wrong and do not deserve the protection of the state like these other people do.

On top of everything else, the signing of this bill into law is going to cost the taxpayers of our state millions of dollars. The bill will be challenged in court, resulting in tons of legal fees by the state. Businesses such as Tyson Foods and Nissan came out against the bill and lawmakers turned a deaf ear. That sends a strong message to others who would locate their businesses in the state.

I feel like Mississippi is much better than this. HB 1523 is not the Mississippi that I have fallen in love with during my time in the state. This law does not represent the majority of the caring and loving people who live in this state. It is simply a power play, made by a fearful group of lawmakers, representing a dwindling and fearful demographic in our state. 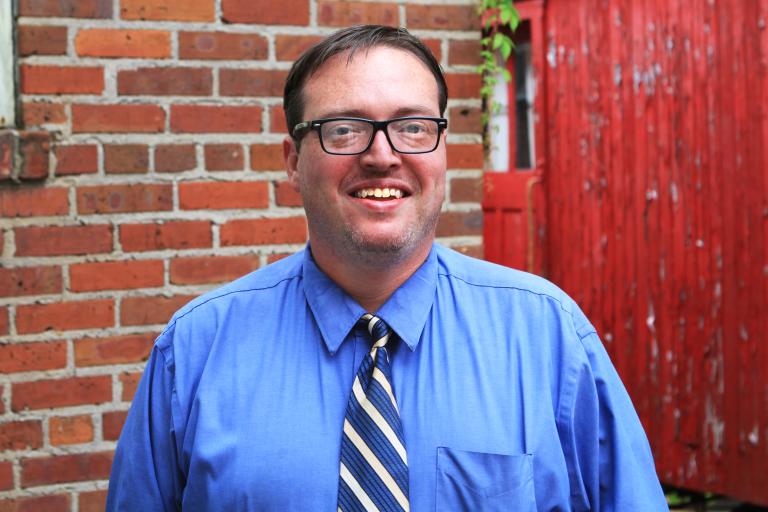 James Phillips is publisher of The Star- Herald in Kosciusko, Miss. Phillips is a father of four awesome children (Stone, Breeze, Daisy and Joy) and he is married to his high school sweetheart Andrea. The family believes in living a missional lifestyle and tries their best to be an asset to the community and region where they live. James can be reached at 662-289-2251 or jphillips@starherald.net.

April 21, 2016 Why Bernie Sanders Should Stay in the Race
Browse Our Archives
get the latest updates from
Politics Blue
and the Patheos
Patheos Blue
Channel
Related posts from Politics Blue