We’re All In Trouble If Politics Becomes Our New Religion

We’re All In Trouble If Politics Becomes Our New Religion June 1, 2016 Guest Contributor 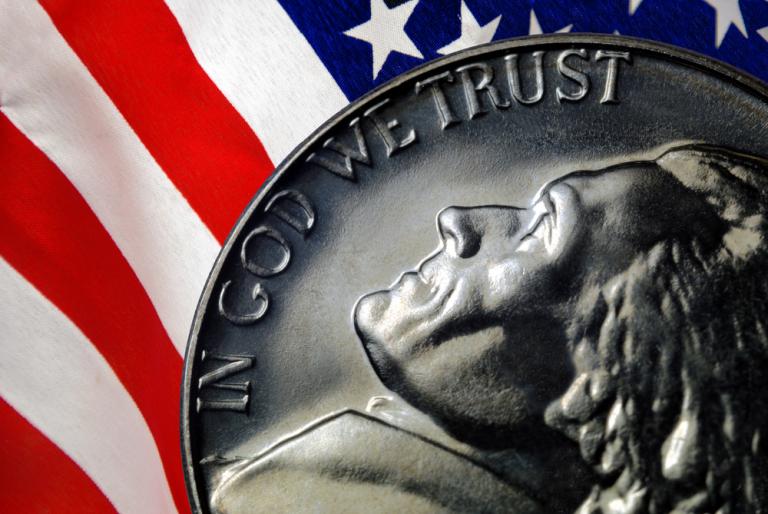 In the 1980s and 90s, the American media was dramatically obsessed with documenting the rise and influence of what came to be called the Evangelical or Religious Right, a politico-religious hybrid embodied most publicly by figures like Jerry Falwell, Pat Robertson, and James Dobson.

Looking back thirty-odd years later, it’s easy to acknowledge that the Religious Right was a last grasp for control by a conservative movement quickly losing ground on social issues. Today, the Religious Right is a graveyard of (mostly) lost battles over sex ed, school prayer, pornography, women’s access, and LGBT rights. Though America’s general skepticism of science has kept both the abortion and evolution debates active.

The consequences of the zealous religious voters in the last two decades of the 20th century will be debated for years. But two facts are clear: religious identification is on the decline while political partisanship among the general public has more than doubled in the past twenty years. One consequence of this, and of other developments since, is unmistakably clear: politics is beginning to alarmingly resemble a new American religion. And if this is true—whether you’re religious or not—we’re all in deep trouble. If religionized politics is on the rise, it’s just as short-sighted as was politicized religion. We don’t all even have to be religious to acknowledge that religion can be a profoundly powerful force for good in the world.

Watching the victories civil rights movements have achieved over the past fifty years, utilizing the promise of our social programs and educational opportunities, and witnessing mankind push even farther beyond our world, it’s undeniably clear that government and politics can transform us; its victories can certainly be incredibly rewarding. It can give us opportunities to live our fullest and least impeded lives. But more than often, politics is also small and unsatisfactory in its pace; it binds us to a particular place and moment in time. It doesn’t answer our deepest questions about life; it only gives us the time to pursue our own answers.

When politics becomes our religion, it ingests all of the undeniably bad aspects of religion: the uncompromising tribalism, the moral superiority, and the refusal to acknowledge that reasonable people can disagree.  Religion’s shortcomings and flaws don’t need to be reiterated. But religion at its best can transform us and our world, it can broker understanding between dramatically different groups, it can give remarkable insights into human nature, and offer answers that nothing else can.

Religion is a celebration of mankind and a theory of our place in the larger universe. Whether one believes in god or not, religion is one of mankind’s most indispensible creations—we would not have become the remarkable species we are without it. Conflicts and cruelty have unquestionably been pursued in the name of religion, but religion has also driven exploration, innovation, and many of the greatest artistic and cultural achievements of our history. This isn’t to say that religion will always be necessary for mankind to pursue these goals and make these achievements. We may someday innovate something entirely new to take its place. Science can humble and awe mankind with its comparable magnitude, humanism and other modern philosophies can produce remarkable art and culture, and secularism has fostered unparalleled achievements in innovation and exploration.

Politics will always be important to ordering our lives and promoting the debate necessary to reach those answers, but we’d be not only short-sighted but unwise to think it’s a suitable replacement for religion. Politics is a debate among equals, religion is a conversation with something—anything—profoundly more powerful, important, and otherworldly than mankind.  Politics can solve many of our mutual problems; but it can’t solve the problems of human nature, or answer the questions about our origin. It can offer us the freedom and protections to pursue our purpose, but it can’t be our purpose. In light of the recent political climate and the freedom given by years of hard-fought political battles (and wars) to live our lives as we choose, we should be as wary of religionized politics as we would be of politicized religion.

Matthew Snider is a writer and lawyer in Maryland. He can be found on Twitter @matthewsnider.