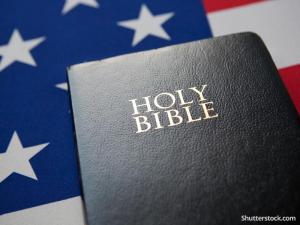 Even more than the rapid ascendancy of Joe Biden, the coronavirus crisis decisively put an end to a Democratic presidential primary that once seemed interminable.

Even at the primary’s height, though, news coverage never quite fully got all of the intricacies of how Elizabeth Warren did religion. Believe it or not, Warren not only possessed pragmatic mainline sensibilities from her Methodist background, she also used those sensibilities to maneuver across Protestant racial divides and connect with black evangelicals.

Whether from Religion News Service or Religion Dispatches or Politico, political junkies were readily informed that Warren on occasion quoted the Bible, giving a tint of religion to her words or even turning political appearances into something quite like a sermon.

Perhaps the most pointed example of this was Warren’s turn before Jesse Jackson’s 2019 Rainbow PUSH Coalition Convention. Beginning with an anecdote of a rambunctious Sunday School class that she taught in Texas, the Oklahoma native used a student’s words to talk about the Kingdom of God as a place where “everybody gets a turn.” She then pulled out a King James Bible with the crack “I’m old school” and mixed up parts of her stump speech with Matthew 25 and a closing exhortation based in Second Timothy.

So far, it’s easy to get the angle of most stories, that Warren brandished her religious heritage as she propounded progressive politics.

Look more closely, though, and what you can also see is the approach of a mainline pastor whose audience includes people raised within evangelicalism. Sunday School, her own Bible to consult,  and not least of all a hermeneutic of what the Bible means “for me,” even as she used an everyday story to freshen up the gospel.  Amidst all of this, too, Warren wove biblical verses together into a singular vision, with no historical context given about Matthew or letters written by “Paul” that might create the scandal of biblical criticism. In other words, just like a pastor in so many congregations, she maintained familiar cultural forms and prioritized the message over any inessentials that might divide the flock.

Yet even beyond these subtleties is the striking end to which Warren employed them: as a white woman, she preached to a largely black audience, against the backdrop of extreme segregation in American Christianity.

In its own way, this ability to connect across racial lines does make sense, even if it seems counter intuitive at first. Although often identified with white Trump supporters, evangelicals include everything from Jim Wallis to the largely separate black churches that historically emerged from the evangelization of slaves, particularly by Baptists and Methodists. Simply put, Warren just reached out from one pocket of this religious milieu to another.

Furthermore, although not often attempted, this attempt at connection did seem successful, at least locally. At the Rainbow PUSH Convention, spontaneous interaction from the audience and chords from the praise band showed that Warren could successfully do church on the terms of some black evangelicals – that is, her performance was recognizable enough and was good enough to garner standard reactions for a pleasing sermon. As a cultural phenomenon, that’s simply remarkable, and it has simply never been properly appreciated in the media.

Of course, lingering over all of this is Warren’s underwhelming showing in the Democratic presidential primary, including with African-Americans. Evangelicalism by no means constitutes the whole of black religious affiliation; Pew surveys suggest that something like 50-60% of African-Americans hold evangelical-patterning positions around the Bible.  But, this locally successful outreach didn’t translate into a strong showing in South Carolina, nor did Warren’s plans for everything from childcare to ending mass incarceration. For that, who knows yet quite why. In terms of the larger campaign, pundits have been discussing everything from Warren misjudging the electorate’s desire for reform to residual sexism from Hillary Clinton’s 2016 loss.

All that said, however, when historians turn to this era of history and scrutinize the intersection of religion and politics, Elizabeth Warren will undoubtedly take her place alongside Jimmy Carter and Jeremiah Wright as a striking manifestation of popular Protestantism in the hubbub of presidential politics.

When it came to preaching, yes, Warren had a plan for that, and that plan is one for the history books, even if news coverage didn’t fully comprehend it at the time.

About David Mihalyfy
David Mihalyfy has a Ph.D. in the History of Christianity from the University of Chicago Divinity School.  His freelance writing on religion has appeared in Religion Dispatches, Contingent Magazine, and the Atlantic online. You can read more about the author here.
Previous Post