A Pro-Lifer Feeling the Bern 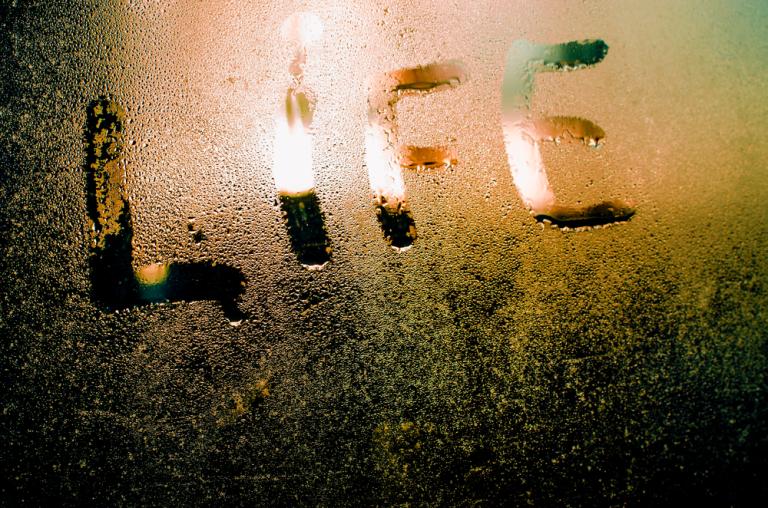 Conservative Christians have lost sight of what it means to be pro-life. The pro-life position has always been about affirming the sanctity of human life and ensuring that the most vulnerable among us are treated with love and compassion. This is, of course, a noble pursuit, but in their zeal to halt society’s decent into the chaos of moral relativity, conservative Christians have lost sight of all else. Being pro-life has come to mean fighting for the rights of the unborn while ignoring the dire circumstances of the women who seek abortions, not to mention at-risk youth and homeless.

Many of the same pro-life Christians are also staunch supporters of capital punishment, torture, and carpet bombing civilians while criticizing universal access to quality healthcare, a living wage, a decent education, and equality as dangerous, unrealistic, a threat to religious liberty, and precursors to an authoritarian government. What many conservative Christians fail to realize is that the restrictive, discriminatory policies they affirm are creating an authoritarian government that favors a conservative interpretation of Scripture and little else. Sound familiar?

We as Christians cannot fight for the lives of the unborn only to shrug when those lives are lost later to drugs, poverty, abusive relationships, and crime. We cannot simply shake our heads and say, “they made bad choices” or “they should pull themselves up by their bootstraps.” Jesus spent His entire ministry exhorting His followers to care for the poor, the orphaned, the widowed, the outcast, the foreigner, and the enemy. Being pro-life, from a Christian perspective, is more than protecting the right to life. It is about protecting the right to a higher quality of life for all. Many Christian politicians justify passing laws that protect discrimination and restrict women’s access to safe, legal abortions by claiming that they must remain true to the tenants of their faith while simultaneously arguing that Jesus’ teachings on enemy love, restorative justice, and compassion for the disadvantaged do not apply to government policymaking.

Nothing could be further from the truth. If our faith does not allow us to affirm equal protection and access under the rule of law, than we have chosen the wrong faith.

The Demographics of U.S. Abortions. It’s time to put the myth that women getting abortions are primarily misguided teenagers and young women who refuse to take responsibility for their bad choices, namely unprotected premarital sex, to bed once and for all.

A 2012 study conducted by researchers at the Guttmacher Institute found that poor, undereducated, and minority women are overrepresented among abortion patients. Women within 100% of the federal poverty line account for 68.9% of abortion patients. Additionally, poverty status is often heavily impacted or accentuated by disruptive events such as intimate partner violence, change in employment status, change in living arrangements, and change in relationship status. These disruptive events can also lead to gaps in contraceptive use as indicated by the fact that over 51% of abortion patients reported using some form of contraceptive within a month of becoming pregnant.

It is commonly argued by conservatives that rape accounts for only 1% of abortions as though rape is the only legitimate reason for wanting an abortion. While that figure is accurate, this same study found that an additional 7% of abortion patients reported experiencing some form of physical or sexual violence from the partner with whom they became pregnant.

The numbers presented in this study are quite revealing, and the picture they paint is a stark contrast to the one promoted by conservative Christians. Abortion is as complex and multi-faceted an issue as the profiles of the patients themselves. Policies that restrict access to safe, legal abortions result in further economic, emotional, and often physical hardship for already disadvantaged women.

Bernie Sanders pro-life? Bernie Sanders is the only candidate who demonstrates a consistent commitment to the notion everyone deserves equal access to the advantages currently inaccessible to the economically disadvantaged.

Conservatives are famous for their “family values,” but it is Senator Sanders who is leading the charge to make the American economy family-friendly. He is committed to ensuring that all workers are offered paid vacation, maternity leave, and sick leave. I honestly cannot think of anything that is more pro-life than promoting the mental and physical well-being of working parents.

Speaking of mental and physical well-being, equal access to quality healthcare is an important part of improving the overall quality of life for low-income Americans. This includes empowering women by allowing them universal access to contraceptives and affordable prenatal care. That’s a real, pro-life family value right there.

What could possibly be more pro-life than a commitment to diplomacy over war? While Senator Sanders believes that the use of force must be an option, he is committed to making it one of last resort rather than first. This stands in sharp contrast to other supposedly pro-life candidates who propose carpet-bombing civilians and targeting the families of terrorists. Too often conservative Christians are by far the most hawkish and vengeful.

I offer one final thought for pro-lifers to ponder. I firmly believe that if we can find real solutions to the underlying issues that lead women to seek abortions, we will see a sharp decline in the abortion rate. This seems like a win for both sides. That is why this pro-lifer is voting for the only candidate committed to real political, economic, and social reform and real family values; Bernie Sanders.

Laurelin Doty is a Midwest girl and aspiring blogger and author with a dual undergraduate degree in International Relations and History. She is passionate about engaging Christians in meaningful, productive dialogue on a variety of social justice issues. She lives in Southern Indiana with her husband Nick and 2 (soon to be 3) children.

April 21, 2016
Why Bernie Sanders Should Stay in the Race
Next Post

April 27, 2016 7 Goals for Progressive Millennials
Browse Our Archives
get the latest from
Politics Blue
Sign up for our newsletter
POPULAR AT PATHEOS Politics Blue
1

King, Isaiah, and the Politics of Now
Isaac Wright: The chaotic pull between acrimony and harmony will only intensify...
view all Politics Blue blogs
Copyright 2008-2020, Patheos. All rights reserved.