There’s an easy, but not simple, answer why Hillary Clinton will not win the presidential election against Donald Trump. It’s the same reason she was unable to defeat Barack Obama for the Democratic nomination in 2008.

Before you scoff, consider this.

Fourteen years ago today, I lead a team of thirteen and fourteen year old boys to a league championship in one of the wealthiest, most educated counties in the US. I happened to be the only female coach in the league, something I could not have forgotten if I had wanted to. It was an issue in every practice and in every game because, with few exceptions, the opposing coach and his assistants made sure it was an issue.

After losing to my team, one coach told his team they would all have to wear dresses at the next practice. I reported this to the league office; they thought it was funny. My team shared the gym with this team at the next practice, and sure enough, the coach passed out skirts for his players to wear. What an excellent message for teenage boys.

Another time the opposing coach, well on his way to a loss, yelled at me, “Get back in the kitchen and get off the court!” Ooh, that must have taken him a whole 2 minutes to think of. Again, very character building for all the young men in attendance that day.

If seemingly well educated, upper middle class men (and women, since I was rarely outwardly defended by women in attendance) are appalled at the idea of a woman coaching a local team of boys, do you really think the majority of voters in this country are ready for a female president? It wouldn’t matter if it were Elizabeth Warren or Mother Teresa; we are nowhere near ready yet.

We may be able to bring home the bacon and fry it up in the pan, but we darned well better stay there and stay off the courts and out of the Oval Office.

The only chance Hillary has is if the majority of women do what some of the women did at my basketball games. Moms would never say anything to me in front of their children or husbands, but every once in a while, one or two would come up to me after a game and tell me they appreciated me. If enough women vote how they want to vote and not how they might tell a pollster, maybe Hillary has a chance after all.

June 1, 2016
We’re All In Trouble If Politics Becomes Our New Religion
Next Post 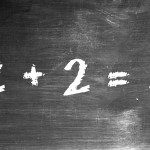