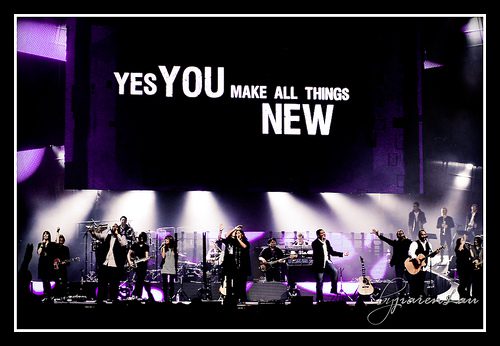 I grew up listening to contemporary Christian music. I’ve still got the Michael W. Smith cassette tapes to prove it. For a Baptist homeschooler, there was really no other option, it seemed. Our church was also contemporary, but in the late 80s and early 90s, that meant we sang little choruses, a few early CCM songs (think Keith Green, Maranatha, that sort of thing) and some gospel hymn medleys, not the stuff we heard on the radio. That’s not the case anymore. While there may not be complete overlap, there is virtually no difference between “church” music and “radio” music.

I’m not sure that’s a good thing.

In a recent post about the decline of contemporary worship, I suggested that it might be time for Christians, particularly those who recognize the importance of worship, to kill the worship industry before it kills worship. Here are some reasons why I think this is the case.

1. It’s sole purpose is to make us feel something. The industry, as with the mainstream music industry, must engage us on a purely sensory level to find widespread appeal in an entertainment-addicted culture. It must make us feel something on a purely emotional level. It strikes a match for the initial excitement of the spark. It must hook us in to be profitable. And so, the quality of theology, poetry, and music suffers accordingly. And we trade the beauty of God’s story for the initial excitement of sensory stimulation. Singing love songs to Jesus is not the point of gathered worship. I find Robert Webber’s definition helpful: Worship is doing God’s story.

2. The industry hijacks worship. When the mind is disengaged and worship is reduced to an emotional experience, worship descends into narcissistic and self-referential meaninglessness. It becomes, to borrow a term from my experience in evangelical culture, “unchristian.” It turns us inward. How many times have we heard people say, “I can’t worship with that kind of music!” or “I really felt like I could worship today!” What they mean is, “I didn’t feel it” or “I was entertained.” True Christian worship happens when we engage with the Christian story through Word and Sacrament. When it’s done well, the only possible response is one that looks outside the self to the goodness of God and God’s work in human history, and searches for our place in God’s story.

3. It says that music IS worship. For the industry, the “worship” is the music part of the service. It uses the old revival meeting order, with a long singing block followed by a long preaching block. In most instances, the invitation is replaced by a another singing block. The singing is the “worship,” the preaching is…well, we’re not sure. It’s not really worship. No corporate prayer, no creeds, no confession. No more gathering, proclaiming, thanksgiving, and The industry’s “worship” music, “worship” albums, and “worship” leaders have helped solidify the contemporary church’s departure from historic liturgy.

4. It’s a derivative of mainstream commercial music. In the 1960s, Leonard Bernstein said that perhaps five percent of the pop music explosion had something of value to say, giving this Brian Wilson masterpiece as an example. After fifty years, that percentage is undoubtedly lower, because of the exponential increase in output. And because the industry is committed to creating christianized versions of popular forms, there is little creativity. It just copies the marketable sounds and adds jesusy words.

5. It perpetuates an awkward contemporary Christian media subculture. It occurred to me recently that mainstream cinema produces better Christian movies than any “Christian” production company can do because they are fully committed to telling a story, while Christian movies are trying to preach a self-help sermon without using any salty language. Disney gave us “The Chronicles of Narnia.” Christian culture gave us “Fireproof” and the “Left Behind” franchise. Case in point right there. Christian music is much the same. It can’t possibly find itself in Bernstein’s five percent because it’s too busy talking about how “Christian” it is, instead of telling the story.

6. It spreads bad theology. Mostly because it comes from the wrong sources. The best of the church’s hymnody was written by pastors and theologians. It was crafted by poets and scholars. The result are texts of high quality. But the industry in its quest to be marketable only has room for marketable people who write marketable songs. It entrusts sacred storytelling to many with dubious credentials as artists, poets, or theologians.

7. It creates worship superstars. I don’t think all artists and worship leaders are purely seeking fame. I think most of them would eschew the label. But this is what they become. They can’t help it. Entertainment begets fandom. They sound the part, they look the part, they dress the part. Their existence demands it. Because their craft mimics that of mainstream music stars, so does our reaction to them. We the church become an audience. Groupies. Screaming teenagers for Jesus.

8. It’s made music into a substitute Eucharist. Most evangelicals, along with the mainline Protestants who are looking to commercial Christian music as an institutional life preserver, use music as if it were a sacrament. Through their music, they allow themselves to be carried away on an emotional level into a perceived sensory connection with the divine. Music is their bread and wine. Don’t believe me? Try telling your church, your pastor even, that we should make a switch. Let’s have Communion ever week, and music once a month (or where I come from, once a quarter). It probably won’t go over well.

I think this is one reason why most evangelicals (not just Zwingli’s faith descendants) devalue Holy Communion so much. They don’t really see the point. They don’t feel anything. For them, no stimulation equals no worship. But for the historic church, there was no worship without the Eucharist. It was the natural culmination of the liturgy. We take in the bread and wine, and we are poured out into a dry, thirsty creation as participants in the gospel story. Jesus invites us, saying, “Here are my body and blood.” Music adds a valuable dimension, but it doesn’t usher us into God’s presence. 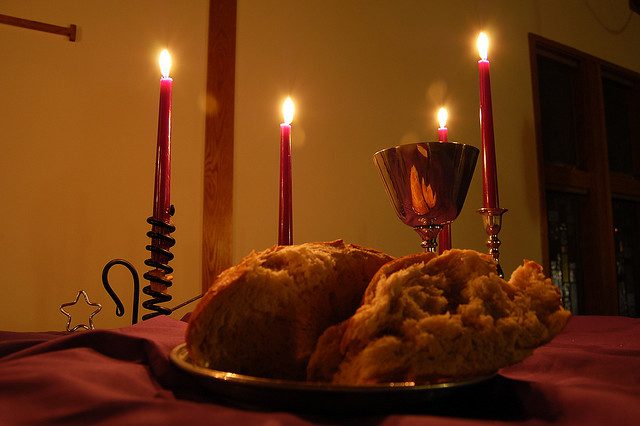 “But then nobody would come to our worship services! It wouldn’t be fun! It would be boring!”

Just like good art, Christian worship demands our engagement. In a sense, worship should be exceedingly boring in that it doesn’t offer that over-stimulation that the masses crave. But to those who really give themselves in participation, it is more entertaining than the anything media (mainstream or Christian) can offer, because it offers something so radically alternative to fallen mundanity.

So what can we do? I think we all have to decide for ourselves. For me personally, with very rare exception, I will not support the worship industry. I won’t pay for the music. I won’t go to concerts. I won’t listen to commercial Christian radio. I just can’t. This isn’t about starting a revolution. It’s not a matter of preference. This is a matter of conscience for me. While I will still listen to various forms of mainstream popular music, both old and new, I won’t support the christianized version subverting the essentials of Christian worship.

This is not a curmudgeonly rant against new music. There is good sacred music being written, but in most cases, we’ve got to look outside the worship machine to find it.

It’s about freeing worship from the stranglehold of the industry.

It’s about reconsidering how we the church interact with music.

It’s about rejecting the artistic poverty of the commercial and enriching our worship with creativity.

It’s about using our brains in worship, not just waiting for emotional stimulation.

It’s about not being so drunk with the box wine of commercial music that we never learn to savor the Bordeaux of grace that’s freely offered to us.

True Christian worship isn’t about creating a spark. It’s about lighting candles to be carried out into the darkness. 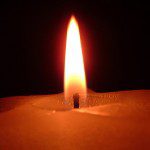 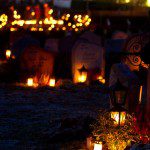