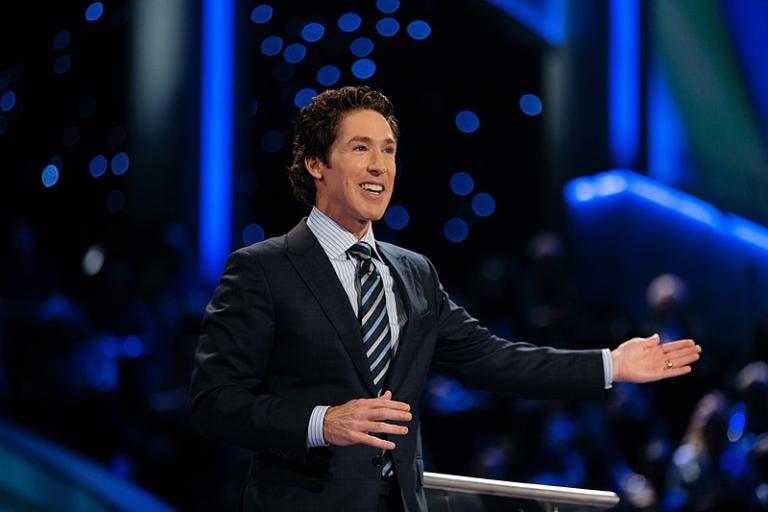 Everyone is talking about Joel Osteen and Lakewood Church. Apparently, they didn’t open their doors to flood victims until they had been thoroughly roasted on social media. It’s more than a bad look. The city is devastated. We are used to flooding, and we thought we’d seen the worst of it before. But we’ve never seen anything like this. The gravity of this situation is enormous.

Believe me, I really want to jump in on the criticism. But I can’t. Not exactly.

You see, Osteen deserves our criticism with every sermon he preaches, every book he writes, every time he pretends to be a pastor.

Let me be clear. As a Christian and a native Houstonian, I have no respect for Joel Osteen. He is a fake. A fraud. A charlatan. He was inexplicably handpicked for the pastorate by his dying father, John. The elder Osteen was no theological heavyweight, to say the least. He was a charismatic Southern Baptist reject, but nonetheless an earnest student and preacher of the Bible. After nearly two decades of Joel’s leadership, Lakewood has grown exponentially, bought a former indoor sports arena, and lost any theological credibility in the process.

Joel, to his credit, is a terrific motivational speaker. As a pastor, he is uneducated, unqualified, and woefully unprepared. The “aw shucks” demeanor, ironed-on grin, and effervescent positivity have won him a massive following. I mean, huge. Over 40,000 in weekly attendance. A huge TV and radio following (He’s got his own Sirius XM channel!). But he couldn’t exegete Holy Scripture if he had a panel of scholars gathered around his desk cheering him on.

It’s not like he has to, because he rarely uses the Bible except for occasional passing references. And when he does try to dig in, well, you get something like this…

This man is not a pastor by any definition of the word.

Did Joel Osteen and “The Church Formerly Known as the Summit” really lock the door on flood victims, or were there really safety concerns involved?

The Summit was known to be susceptible to Houston’s inevitable flash flooding. On Saturday night, the nearby downtown area was turned into a soup bowl of refuse and bacteria and crap. Maybe it did seep into their underground parking garage and lower levels. Maybe travel in their immediate area wasn’t safe. Maybe they couldn’t secure the necessary volunteers. Maybe they were only waiting for the city of Houston to ask them for shelter (this was Osteen’s own, quite incriminating reason).

And though Lakewood is the most bloated of megachurches, there are other large churches in town. Did First or Second Baptist open their doors immediately. I’m not sure. Or The Woodlands Church? Windsor Village United Methodist? Champion Forest Baptist? Any of the other top 10 megachurches in town?

But if not, certainly they should have been subject to a similar amount of criticism and scrutiny, right? But they aren’t. Ed Young is not Joel Osteen. Kerry Shook isn’t either. Osteen’s abominable message of health, wealth, happiness and prosperity has (quite deservedly) brought him much scorn and criticism, and he’s become a favorite whipping boy. His massive wealth and 17,000 square foot house doesn’t help his cause, either. He’s definitely living his best life, and living it now.

Either way, his worst mistake isn’t keeping the doors closed. His worst mistake is accidentally preaching a bogus, idolatrous faith that will leave you empty when you need it most. It’s not as blatant as other prosperity gospel preachers, but it’s there. In his own words, “I preach that anybody can improve their lives.”

And how does one do that?

By choosing to live with a more positive outlook, and thereby unleashing God’s blessings into your life, which according to Osteen’s book can be financial, physical, or even the “perfect parking space at the mall.” No kidding. Joel thinks that perfect parking spot is a sign of God’s favor.

Ol’ Joel would let you know how to respond to destruction. The answer is his gospel. Look on the bright side! Think positively! Don’t feel all down in the dumps! Look at all the people who have it worse than you!

These answers are, of course, minimizing, avoidant, and destructive. But shockingly, the answer is there. Joel himself tweeted it out, on one of the darkest nights in his city’s history.

There’s a simple phrase you have to get down in your spirit, “God’s got this.”

Right. Get that deep down in your spirit, while the bayou spills over its banks. As you’re crawling into the attic with your family, making sure to take an axe with you.

So the pat answer to that question is there. Click your heels and think of your own personal Kansas.

But it’s the “why” that gives Joel fits. If God’s blessings are poured out as a result of our positive outlook and , what happens when life really sucks?

The answer can only be, “This happened because you aren’t living right.”

But it’s there, implicit, between the lines of Osteen’s unwavering message of temporal happiness.

And when life brings you to your knees, when you lose everything you hold dear, when you fall helplessly into the pit, Osteen’s message falls hopelessly short. (For a humorous take, check out this brilliant video of martyrs reading some of Joel’s most ridiculous tweets.)

Yes, if Lakewood had opened their sheltering arms earlier, perhaps a few hundred people would have had a safe, accessible place to go. That’s no inconsequential thing, certainly. But week after week, year after year, Osteen has been preaching a lie to the tens of thousands who sit at his feet. That’s where he’s failed as a pastor. Spiritually, he’s left them at the mercy of the rivers and sewer systems. He’s left them with a gospel with no understanding of suffering, no concept of mission, and no real need for Christ.

So, criticize Lakewood’s slow reaction if you wish, but be sure and call Ed and Greg and Kerry and David and all the other megachurch pastors in town to make sure their doors were open at the first sign of the watery grave engulfing the city. If not, hold them accountable, too.

But don’t forget where he’s really failed Houston, and everyone else who trusts his nonsense gospel. 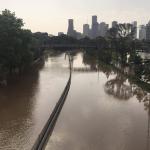 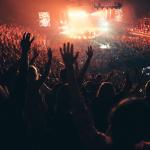 Evangelical
Hymns of Hope and Comfort: This Is My...
Ponder Anew

Evangelical
Hymns of Hope and Comfort: How Firm a...
Ponder Anew

Vocation and the Epidemic
The coronavirus epidemic throws the doctrine of vocation into high relief: not...
view all Evangelical blogs
What Are Your Thoughts?leave a comment
Copyright 2008-2020, Patheos. All rights reserved.