Save the Next One 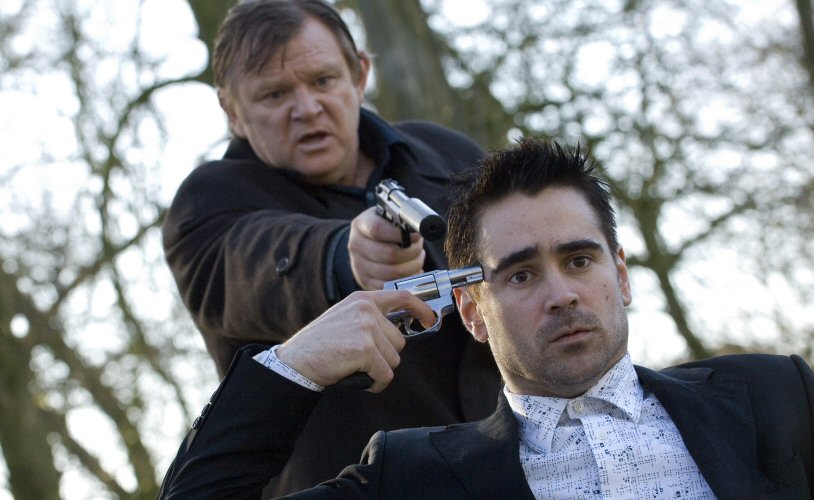 In preparation for our trip to Belgium next month, my wife wanted to watch In Bruges, and since I absolutely love the film, I had no problem watching it yet again.  It proved to be yet another rewarding experience as I continued to find new elements that stood out in ways I hadn’t noticed before.

Ray (Colin Farrell) and Ken (Brendan Gleeson), two hitmen, have been dispatched to Bruges after Ray accidentally kills a little boy along with a priest that he was supposed to kill.  Ray is absolutely horrified at having to spend, possibly, two weeks there, while Ken, the consummate tourist, is thrilled to be surrounded by such beautiful scenery.  Ray is happy to spend the entirety of his visit in the pub.  They have been ordered to wait for a call from their boss, Harry (Ralph Fiennes), to receive orders on what to do next.  Ray begs a night out from Ken to have dinner with a beautiful girl he has just met.  Ken agrees and while Ray is out, Harry calls and instructs Ken to kill Ray the next day.  Harry can’t abide a dead child and even tells Ken that if he had killed the little boy himself, he would have shot himself on the spot.  Ken knows that Ray is inconsolable and deeply regrets the accident and cannot bring himself to kill him.  He puts him on board a train out of Bruges and encourages him to do some good in the world…to save the next little boy.  Ken then calls Harry and tells him what he’s done, adding “If you’ve got to do your worst, do your worst.”  Harry immediately heads to Bruges to confront Ken, and unfortunately, Ray doesn’t get far as the Belgium police nab him and return him to Bruges because of a random act of violence the night before.  The three men converge in the center of Bruges for one violent, final showdown.

In Bruges has so many things working for it.  First, the scenery is absolutely gorgeous.  Cinematographer Eigil Bryld didn’t have to work terribly hard given such inspiring surroundings.  The casting is brilliant as well, and everyone involved gives a phenomenal performance.  This is Farrell’s best work of his career in my opinion.  The writing is phenomenal as it moves from gravity to levity from one sentence to the next.  Yet the major strength of this dark, gangster comedy is its faithfulness to the world that it, and its characters, create.  Ray and Ken are clearly obedient to Harry…they have both, probably, killed many people for him.  Yet, Ken knows that the death of the little boy was purely an accident and that Ray potentially has much to offer.  Simply killing him will not right the wrong that he has perpetrated.  In their clock tower encounter towards the end of the film, Ken tells Harry of how faithful he has been to him throughout the years and how much he loves and respects him, but that this is the one time that he cannot obey him.  Harry, in response, is almost speechless and cannot bring himself to kill Ken, immediately anyway, who has simultaneously upheld and defied Harry’s rules.   Moreover, in the film’s conclusion, Harry will find himself vitally bound to the rules in which he has set forth as well.

In the course of the film, Ken tries to nonviolently break the cycle of violence in which he has heretofore conspired at Harry’s direction.  He also embodies his own advice to Ray to “save the next little boy” by allowing Ray to live and assisting in his departure from Bruges.  I won’t definitively say whether or not Ken’s decision pays off, because, thankfully, writer/director Martin McDonagh leaves the narrative completely open-ended, thus allowing each viewer to draw her or his own conclusions.  But, in the end, like Ray, I’m hopeful.

In Bruges (107 mins.) is rated R for scenes of drug use, gruesome violence, and extremely foul language and is available on DVD.