Call It An Altar Call* 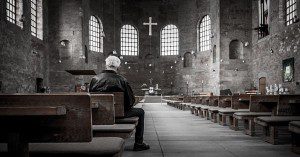 On Sunday I happened unwittingly to wander onto a subject that clever well-educated people were already thinking about. The Reverend Doctor Leithart, having explained why it is better for Christians to sit down than to stand up or to kneel during communion, concludes:

Yes, absolutely. Which is why I think I am always so bemused—church history aside, and I am steering wildly out of my Anglican lane here and into a lot of others where I honestly have no business going—at the sitting for communion on one hand, and the going forward for an altar call on the other, though I have not witnessed the latter in person for many a year. Occasionally other kinds of denominationally inflected worshipers will wander into Good Shepherd and complain about the lack of altar calls. “Where are they?” they ask, and sometimes the reply is, “Well, did you go up for communion?” Did you confess your sins before you did? Did you mean to do it? You had to walk down the long aisle, unless you were sitting in the front row. That was the perfect time to give your heart to Jesus, if you felt you wanted to. Though the whole point of the exercise is that you receive what he is giving—which is himself.

This is a far off from the original conversations of the Reformation of course. Every denomination in its aftermath arranged the look and feel of their churches, sorting out the manner of worship, in ways that reflected their various responses to Rome. And the legacy of those decisions is the basis of the church now, whether anybody knows about it or not. We mostly keep cutting off the end of the roast to fit the pan, even though we have started buying bigger pans. We just do it “this way” because we have for ever so long.

But sometimes, often, in fact, new cultural reasons for doing things are supplied even when they are not being asked for. And sometimes those new reasons begin to obscure the original sound theological reasons for doing them. So, in a cultural way, the sitting for communion–especially if the manner of your partaking is a little crumb of bread and an individual plastic cup of juice**—seems particularly suited to an already very individualistic culture. There you are, sitting back, fairly comfortable, eating the bit that’s yours, drinking out of your tiny special cup. Most of the churches where that kind of communion is being taken are not about to fall into papal idolatry. But many of them have strange and unhelpful ideas about Christian discipleship—those that are grounded in personal experiences of Jesus, of having always to rededicate the life to the Lord rather than being invited to regularly repent of sin, of being invited to measure scripture by one’s heart instead of the other way around. It seems to me that something rather profound is said by the individualized cup and crumb, something that every churchgoer is ready to hear because it makes the best cultural sense.

As the church is ever more at odds with the culture, I think it is harder and harder for people to get up out of their chairs—or pews—and publicly walk to a place so vulnerable and embarrassing as a communion rail, to raise the hands in need, to eat and drink, and then to return, before the eyes of all. In order to be in communion with the church, the body and mind have to go and be seen to grab hold of someone who demands a total and uncompromising allegiance. It is a public act before a scornful world. It is a confession of death—of the self—an acceptance of an alien and immovable Life.

I recently went to a lovely wedding and found myself chatting with an elegant, professional woman—a professing, church-going Christian—who mentioned that she had never been baptized, and didn’t plan to be. Why should she? Matt gave some reasons, as kindly as he could, beating back the internal storm of horror. She shrugged. She doesn’t “feel” the need for anything like that. She can pray and be with Jesus in her chair. She sees no advantage to participating in the communal life of the church, which is Christ’s body. She didn’t say it like that—it was merely a shrug. But it is the shrug reverberating through the American church, resounding in every chair, emanating from every screen.

*Without an altar, of course, because it’s a table…and sometimes it’s not even that.

**I am relatively sure that the Rev. Dr. Leithart would argue for a common cup, and probably not with juice in it, that is passed up and down the rows. 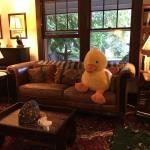 September 2, 2019
Answering a Critic Podcast and Links
Next Post 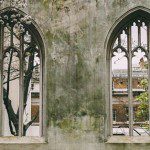 September 4, 2019 There's Not Even A Gate
Recent Comments
0 | Leave a Comment
"I'd never heard of Norm McDonald and I'm glad you've introduced me to him. I ..."
Summers-lad Death on a Wednesday: John Shelby ..."
"For it is in giving that we receive,in pardoning that we are pardoned,and in dye ..."
Eponymous1 He Was A Bad Bad Father
"I listened and I'm not Anglican! :)"
J Aulthouse The Death of Theology Podcast and ..."
"I have never heard of this book but am glad to know of it and ..."
marissab We Can’t Understand Very Many Things
Browse Our Archives
get the latest updates from
Preventing Grace
and the Patheos
Evangelical
Channel
POPULAR AT PATHEOS Evangelical
1 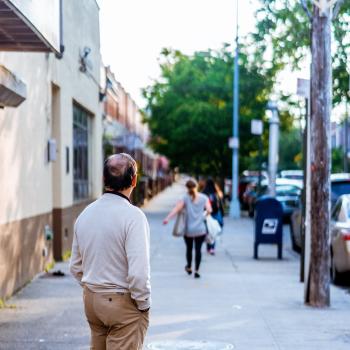