The reality is that the fiction of America being a “Christian Nation” is frequently shown in how mean America has become. Abusing the poor and profiting from their weakness has become a “profit center” for many communities and corporations. Punishing those who break the law is a reasonable function of society but America has gone beyond the good of society and added the profit motive to the process.

One profit center is the “private probation” services. Companies sell their “free” services to communities and promise to take the burden of administering the probation of poor and petty offenders from the municipalities. What they don’t say, and most communities don’t care about, is they add an additional burden, actual extra-judicial punishment to poor people whose small fines balloon with fees and fines when they cannot pay. Failure to pay can also bring jail time and poverty becomes crime.

“Private probation has seemed like a solution for struggling Southern cities, it has been a disaster for the many poor residents increasingly trapped in a criminal justice system that demands money they do not have, then punishes them for failing to pay.”

Working people who are barely able to make ends meet to begin with find themselves paying interest on fines, monthly fees to the probation company, and additional fines when a payment is missed. Eventually some can no longer pay and they end up in “contempt of court,” even if unemployed, and in jail.

Beyond the petty crimes the corporate prison industry makes profits from supplying medical care to prisons, supplying food to prisons, and of course, running prisons. But their most insidious “profit center” is selling the services, the time, the labor, of prisoners to private companies. They have corporations lining up to “hire” people who had trouble finding employment outside of prison. Why do they want them now? Slave labor.

While most claim that work is not mandatory the truth is that refusal gets you extra scrutiny and, surprise, more punishment for minor infractions. Almost all of the jobs pay well below the minimum wage with some as low as 74 cents a day. This labor goes to subsidize the bottom line of some of the largest companies in America as well as hundreds of smaller enterprises. Just how this meshes with all of the “free market” talk we hear from the corporate lobby is puzzling. A theoretically free market would need to compete for the labor and pay “market rates.” In this system a worker is contribution value to the corporate bottom line for every hour they are underpaid.

Among the corporations that have benefited from this forced labor is:

Along with contributing campaign cash the prison industry has spent hundreds of millions to convince politicians to allow them to run these programs and prisons. Beyond that they have lobbied to criminalize things that were not criminal, and increase sentences on things that are.

“There is no doubt that lobbying pays off for PPCs (private prison companies). For instance, in Florida, a strong GEO lobbying effort led to the passage of a budget deal requiring all of the prisons in South Florida to be privatized. Those prisons hold about a fifth of the state’s 101,000 prisoners. Other lobbying efforts include pushing “three-strikes,” “mandatory-minimums,” “truth-in-sentencing” and “immigration-enforcement” laws which result in more prisoners with longer sentences, a boon for the private prison industry.”

Prison has become big business. We call our system a “Justice” system but when we add the lure of billions in profit to it we have simply created another way for predators to rob the poor. The kind and sympathetic attitude taught to us by our Christianity about prisoners and the poor is lost in an America that sees prisons as a “profit center.” Conservatives decry what they see as the bastardizing of Christian teaching in many areas of our civic life. But in this area many cheer on those who do it in the name of profit.

People who have failed and end up in prison need to be taught better ways. We need to teach by example. Selling their labor, needlessly compounding their fees, fines, and sentences teaches them that money and power are all that matter. Mercy and justice are nowhere to be seen in a system that treats humans as a “profit center” and teaches them to minimize the value of others accordingly.

Our prison system is one way America has become mean. The corporate prison industry needs to go away. America can do better. America can be both great and good.

[This is part of a series contrasting “Mean America” and “Kind America.”] 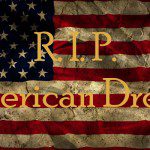 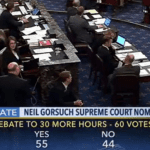 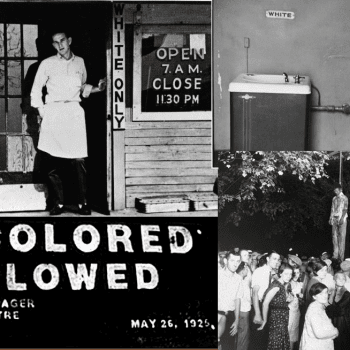